Read more about the activities below.

A full day APECS workshop was held in Malaysia on August 21, immediately prior to the 2016 SCAR Open Science Conference. This workshop attracted over 60 participants, with early career researchers from all over the globe attending.

Jose Xavier from the British Antarctic Survey opened the workshop, presenting on “Networking Skills: an important soft skill for a scientist?” Next, Renuka Badhe from the European Polar Board provided an introduction to “international Cooperation and Interdisciplinary Work.” Their advice about networking was soon put into practice, with an interactive icebreaker activity encouraging participants to mingle and meet each other during the coffee break. 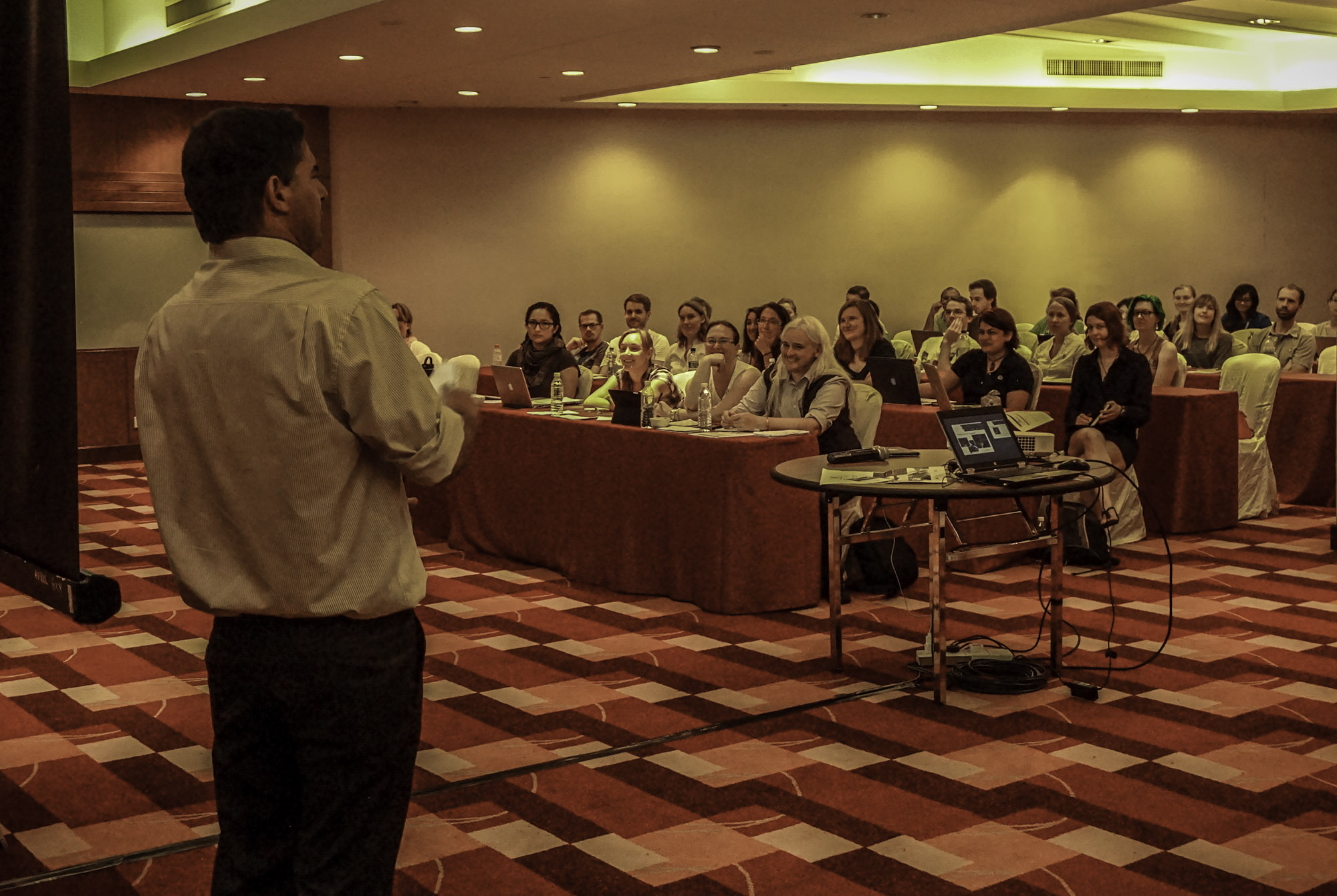 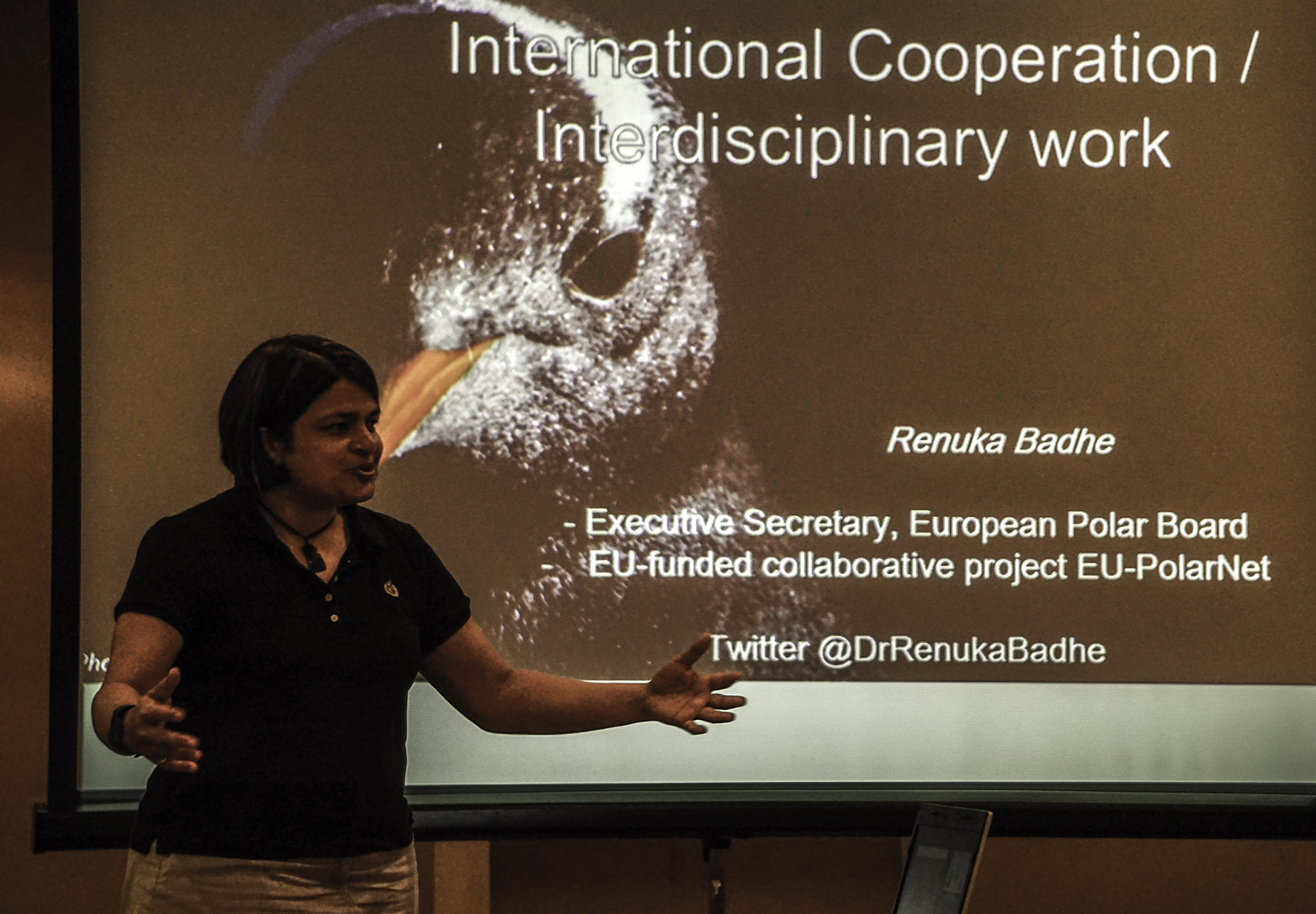 The second part of the morning was spent learning about some of the unique projects and products that were being launched or further developed at SCAR 2016. George Roth, from the Norwegian Polar Institute, provided an introduction to Quantarctica, a collection of Antarctic geographical datasets which works with the free, open-source software QGIS. He was followed by Anne le Brocq from the University of Exeter, who provided a preview of her new interactive computer game about ice sheets in Antarctica, called “Ice Flows.” The SCAR conference provided a unique opportunity for scientists and policy makers to meet face to face, and this fact was highlighted by Gabriela Roldan from the University of Canterbury. Gabriela introduced the Survey on Antarctic Science - Policy making engagement, and encouraged all APECS members present to take place in the survey in order to improve science-policy interactions in the future. Cornelia Lüdecke from the SCAR History Expert Group also spoke briefly, and encouraged APECS members to make the most of the SCAR conference by attending sessions outside of their immediate fields.

For many of those present, the workshop was their first APECS event. APECS Director Gerlis Fugmann presented an introduction to “The Association of Polar Early Career Scientists and how to get involved” in order to outline the many activities APECS is involved in. Hanne Nielsen from APECS Oceania and Alex Thornton from USAPECS then talked about their National Committee activities. 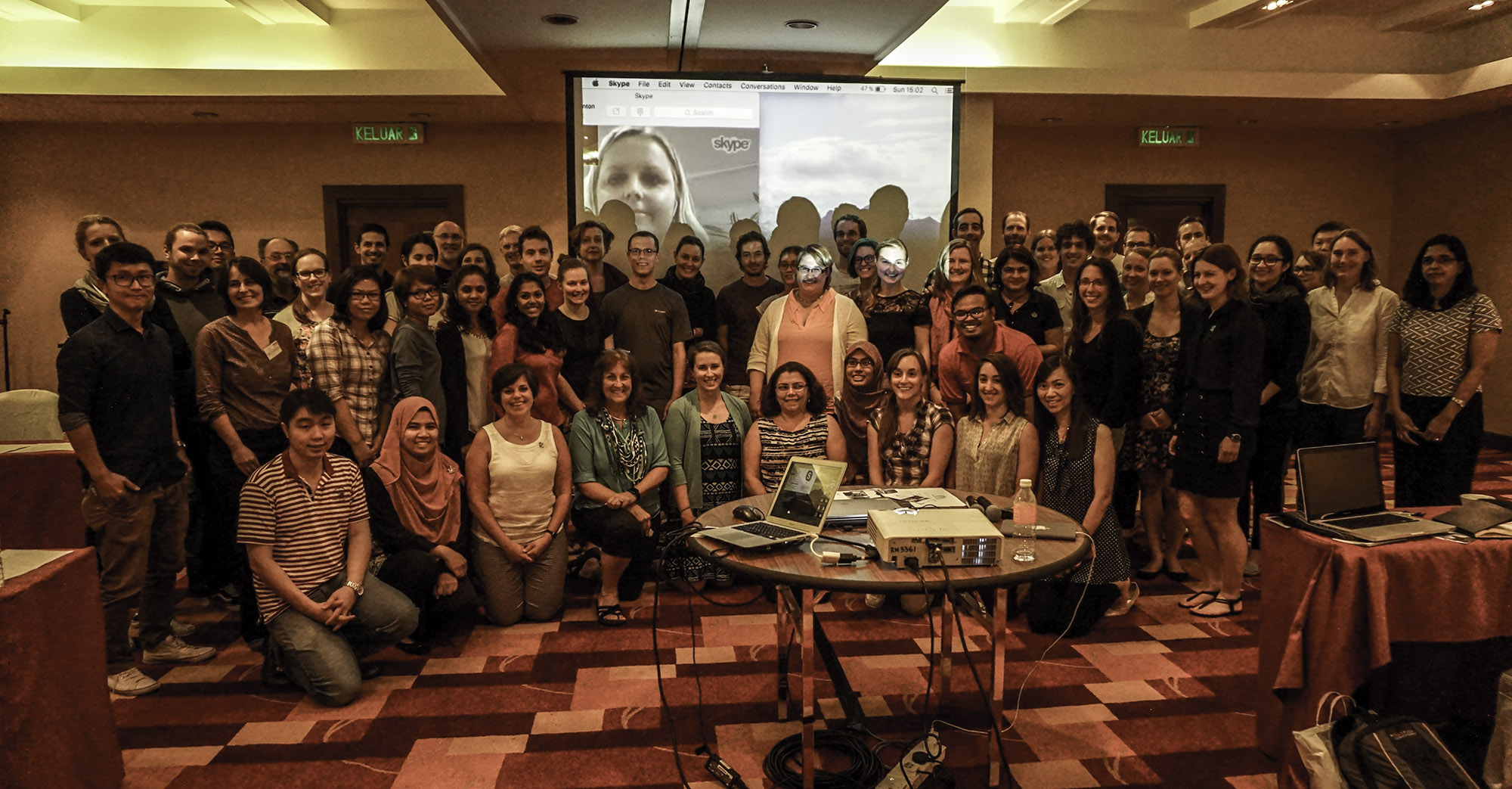 Lunch was followed by a plenary discussion on Career Paths, with the mentors Louise Huffman, (Dartmouth College, United States), Renuka Badhe, (European Polar Board, Netherlands), Anne Le Brocq, (University of Exeter, UK), and - via skype from New Zealand - Victoria Metcalf (National Coordinator of the Participatory Science Platform, Office of the Prime Minister's Chief Science Adviser - New Zealand). The discussion, which was chaired by Jennifer Cooper,  provided an opportunity for those present to contemplate the range of career paths available post-PhD, including academia, industry, policy, and education.

The SCAR Open Science Conference and Biennial Meetings 2016 in Kuala Lumpur, Malaysia (20 - 30 August 2016) attracted nearly 1000 Antarctic researchers and managers from around the world. To acknowledge the outstanding presentations (oral and poster) given by the many early career researchers, the Scientific Committee on Antarctic Research (SCAR) and the Association of Polar Early Career Scientists (APECS) awarded prizes for the best oral and poster presentations by region and one each for the best overall.

The Award Organizing Committee (Heike Link, Johanna Grabow, Gerlis Fugmann and Jenny Baeseman) would like to especially thank the many conveners and conference participants that helped with the judging for those awards!!!

Congratulations to the recipients are listed below:

The Co-Chair of the Conference Sciencific Organizing Committee, Irene Schloss, presented recipients with a certificate and a copy of “Polar Science and Global Climate: An International Resource for Education and Outreach” at the Closing Ceremony hosted by Dato’ Dr. Mohd Azhar Bin Hj. Yahaya, Secretary General, Ministry of Science Technology and Innovation. Oral and poster presentations were judged in 3 categories: scientific content, quality of presentation and capacity to contribute with the research to the session and a broader context.

CONGRATULATIONS to all recipients and we hope to see you in two years at the POLAR 2018 Conference in Davos, Switzerland!