During the annual Arctic Frontiers 2017 conference in Tromsø (Norway), APECS and the Nordnorsk Vitensenter Tromsø (Science Centre of Northern Norway) organized a unique event for schools to learn about Arctic science. Over the course of three days, 13-18 year old students from a number of schools attended diverse presentations by early career scientists from all over the world.

Photo: The Nordnorsk Vitensenter at the University of Tromsø was the place chosen for the Science for Schools event (Photo by Sara Aparício). On the right, from top to bottom some of this year’s early career presenting scientists: Dennis Fink, Karley Campbell, Jennifer King and Peter Leopold (Photos by Mar Fernández-Méndez).

This year, students also presented posters of their independent research projects that they had been working on for months leading up to the event. This was a highlight of the Science for Schools event as despite their young age, many of the students had created very high quality posters. Their level of understanding of complex problems such as pollution of the ocean by chemicals and plastics, the potential impacts of climate warming on the country’s fishing industry, and ecosystem response to environmental change was impressive. Furthermore, students associated these concerns with their lifestyles and often had ideas about potential avenues for positive change and this gave us all hope that there is a brighter future ahead.

Here are some of the impressions of the early career scientists that participated in this outreach event.

This year’s overall poster winner titled An Ocean of Problems from the science class of Kongsbakken School, discussed an experiment that they had performed about the effects of ocean acidification on mussels. The judges agree that the highlight of this poster, in addition to the clear layout and informative text, was the enthusiastic discussion about why their experiment hadn’t worked. This level of critical thinking is impressive and represents good training for those choosing to become scientists in the future! We can now be sure that at least they have acquired skills in communication and the utilization of the scientific method that will help them in whichever career path they choose. We look forward to next years challenges.

See you next year!
Mar Fernández-Méndez and the APECS-Arctic Frontiers team 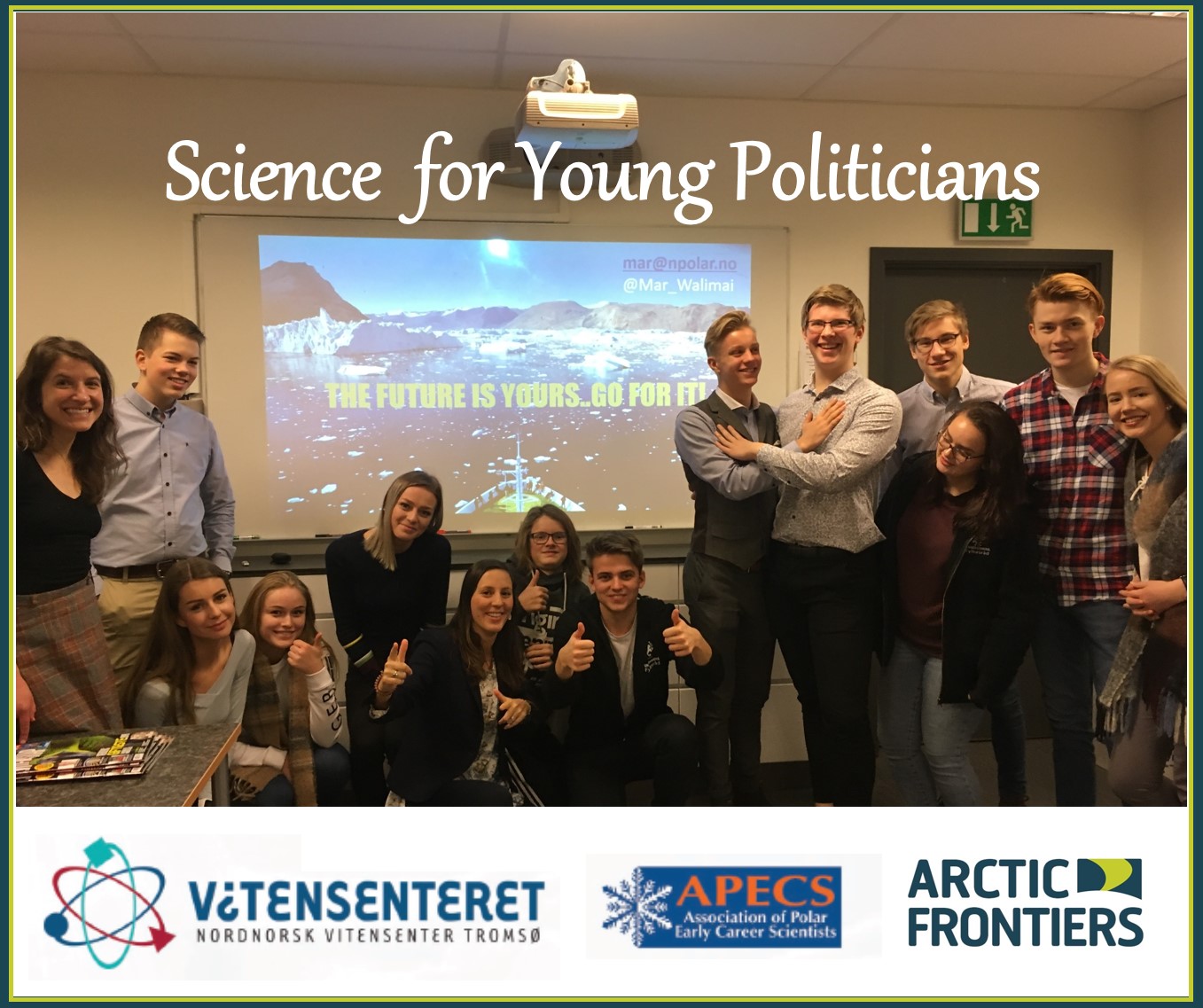 During the Arctic Frontiers 2017 Conference in Tromsø Norway, APECS organized a panel discussion on 25 January about different career paths in Arctic science, inside and outside academia. The panelists represented various career possibilities: Bodil Bluhm is a professor at UiT The Arctic University of Norway; Katrin Bluhm works as a coordinator of the science part of Arctic Frontiers at Akvaplan-niva; Lawrence Hislop works with science management in Climate and Cryosphere project (CliC); and Dennis Fink facilitates science communication through his company Mediomix. Following introductions, the audience posed questions, and the experiences, choices, and random encounters that led to these positions were discussed.

Some take-home-messages from the panel include:

The panel recording can be accessed here or in the APECS webinar archive to give many more early-career researchers the opportunity to benefit from it. 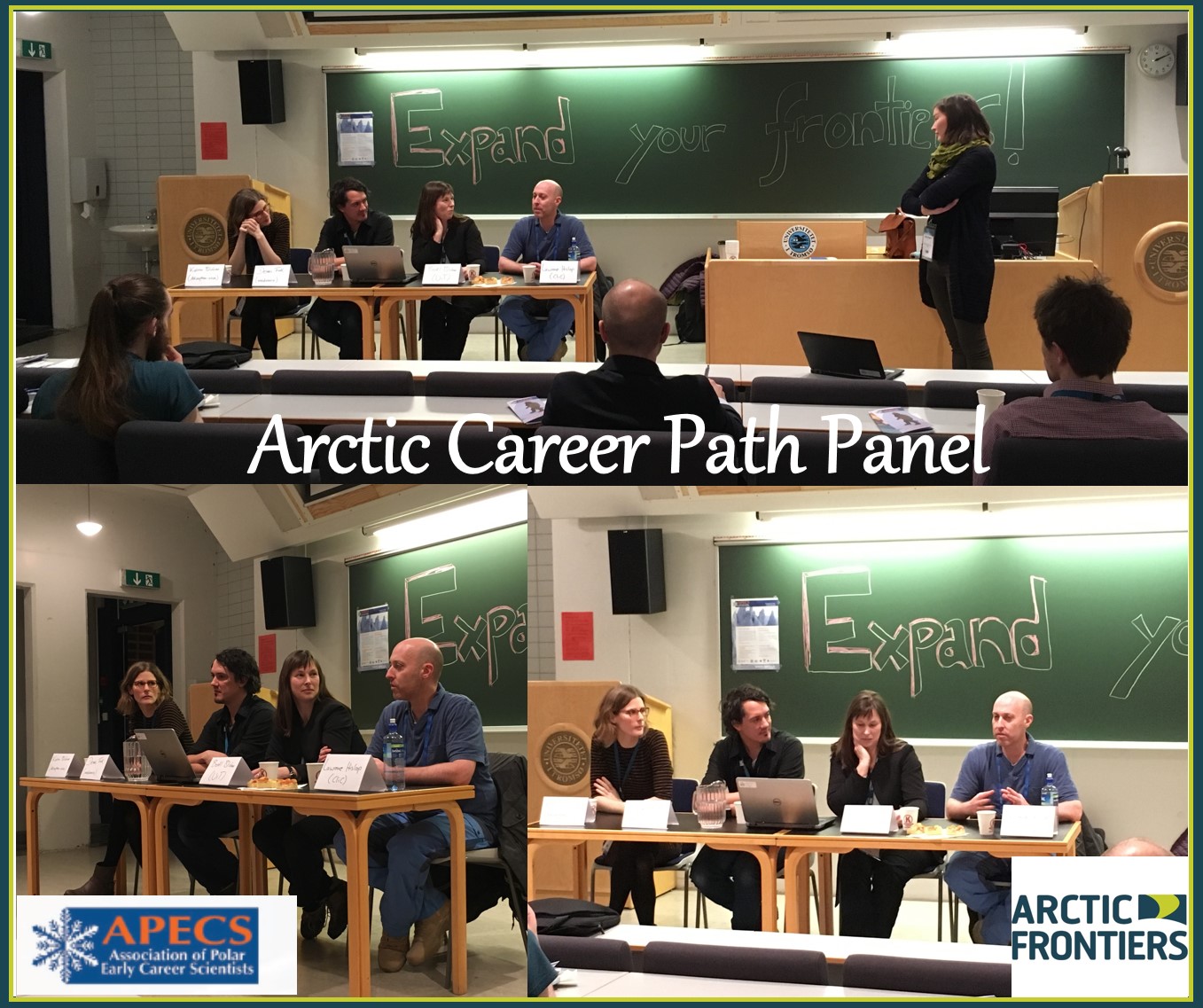 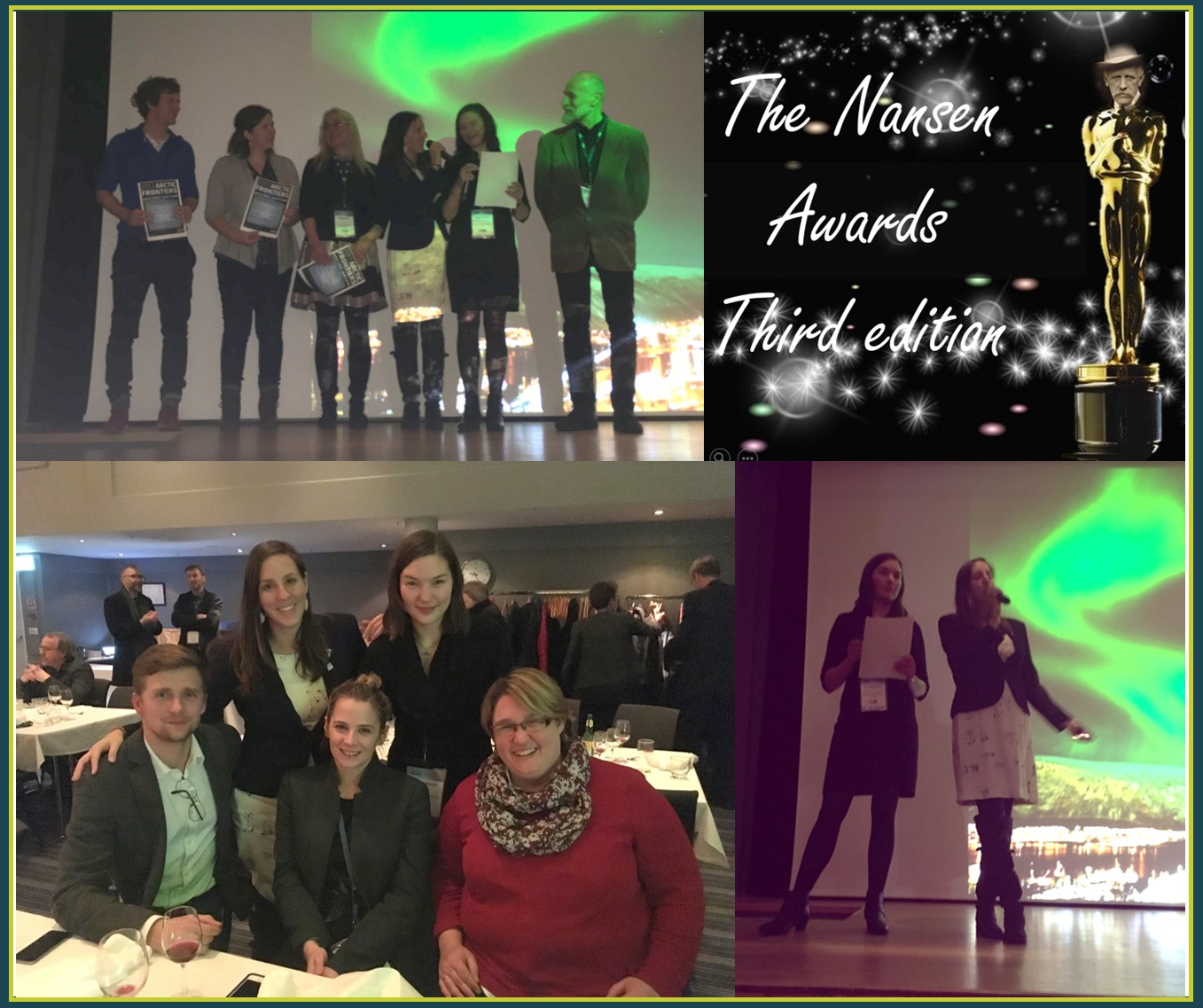