The Mentor Award review committee received six nominations in September, which it assessed and ranked throughout the month of October. During two conference calls the committee reached a consensus-based decision.

Chris was nominated by his graduate students, while colleagues and community leaders provided a number of letters of support. His nomination stood out among the six excellent submissions, although the committee noted that all nominations were of excellent quality. You can learn more about Chris’s research here and about his Health Environment and Indigenous Communities Research Group here. 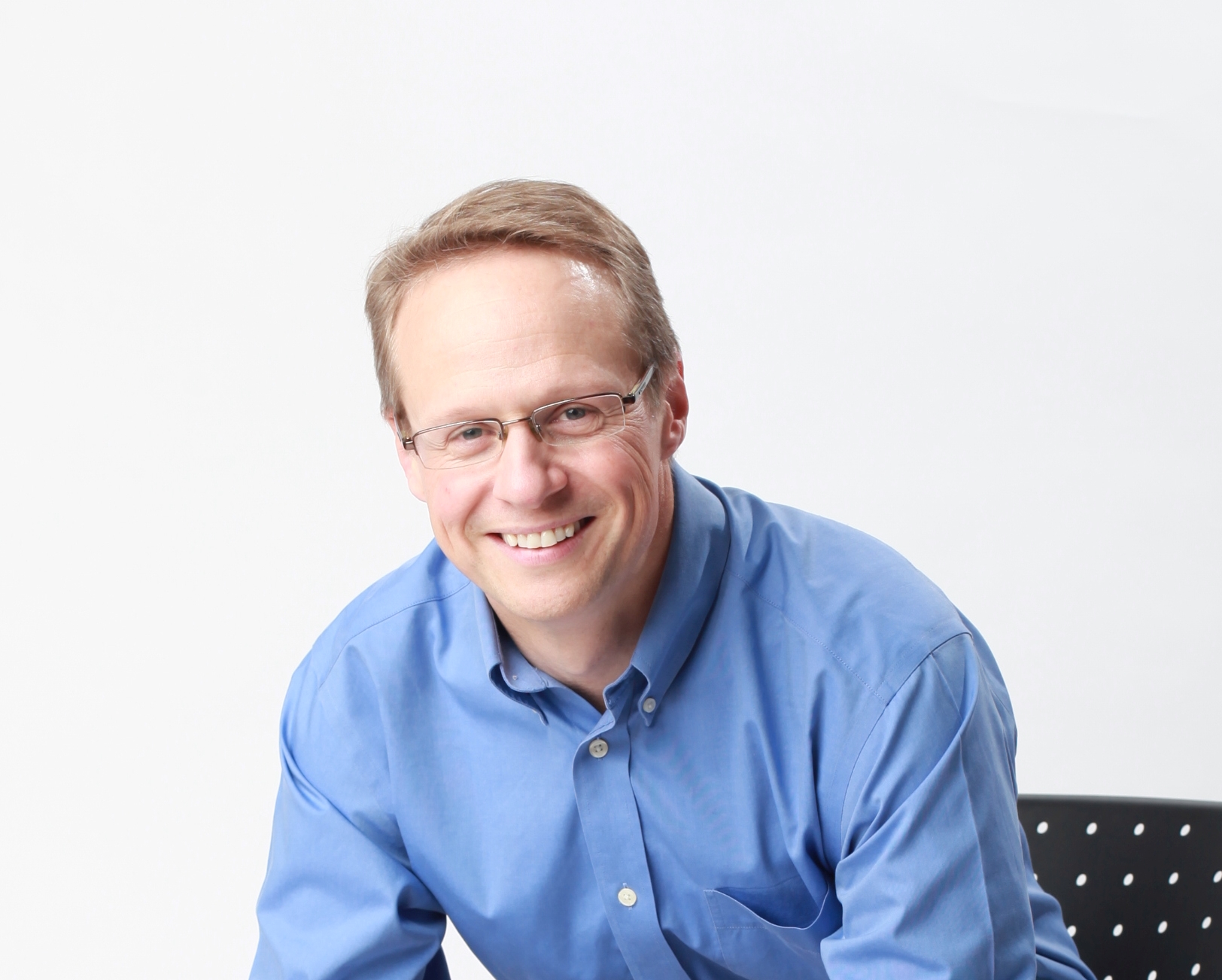 During the ceremony, the inaugural winner of the award, Eric Loring (Inuit Tapiriit Kanatami) was spontaneously invited on stage to hand over the prize, a photo book filled with pictures and messages from the supporters of his nomination, on behalf of those closely working with Chris (see below). 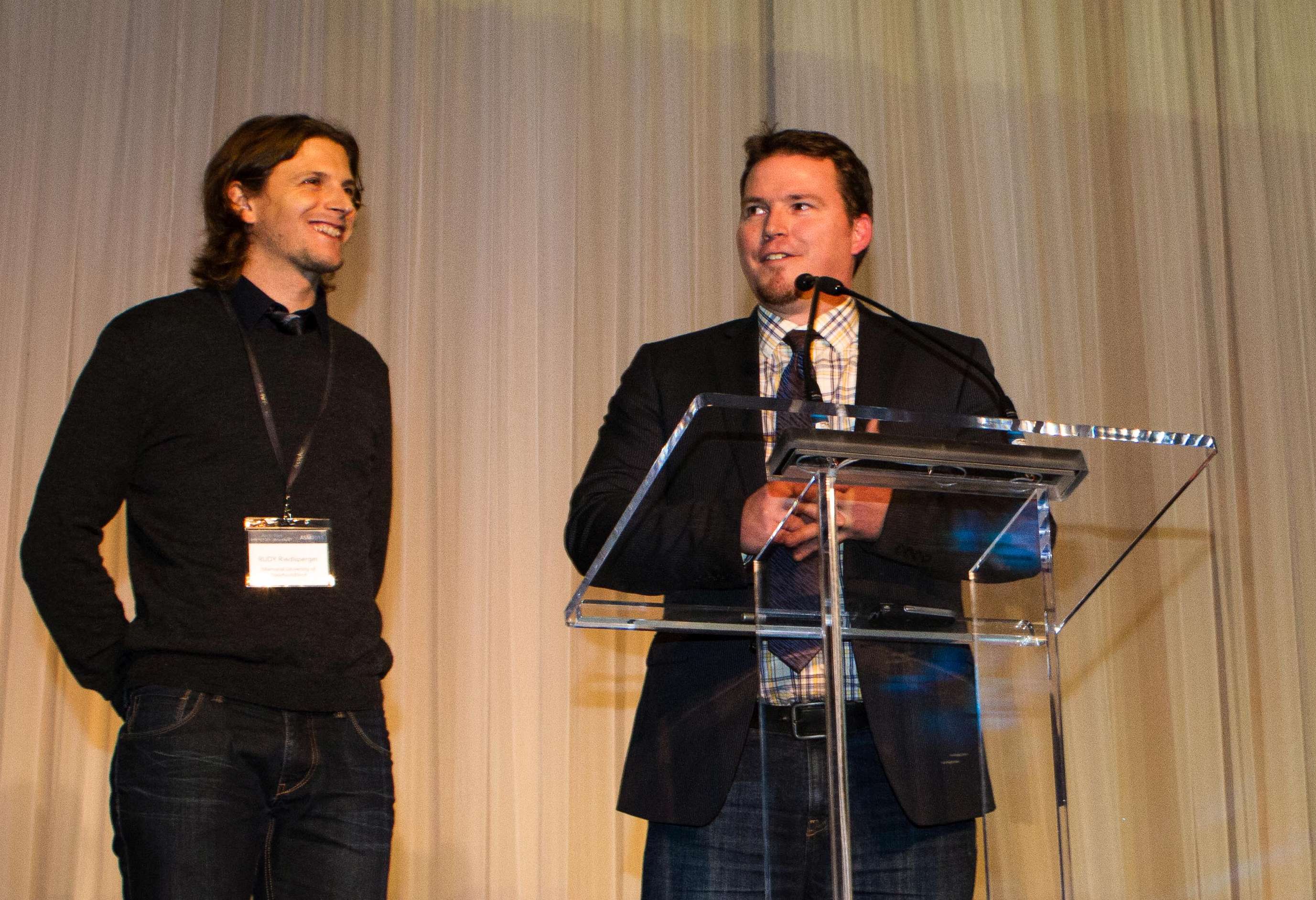 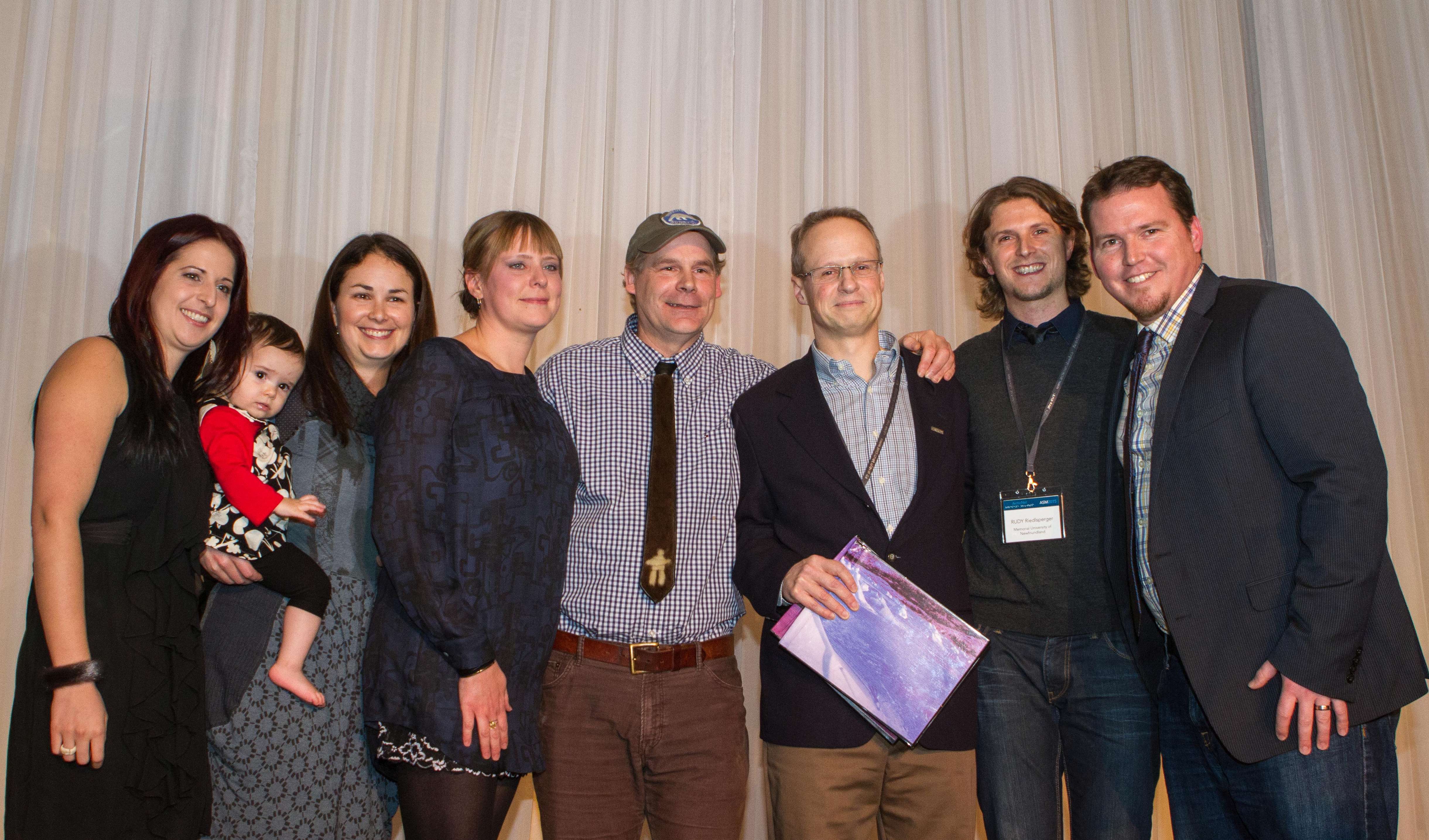 Dr. Chris Furgal (third from the right) and his team of nominators celebrate the 2015 APECS Canada-ASA Mentor Award on stage. Photo by Maéva Gauthier/ArcticNet.

We would like to thank all individuals and organizations who contributed to the six nominations for this 2015 award competition.

A new Call for Nominations for the 2016 Mentor Award will be circulated in early 2016. We are currently looking for 2-3 Award Committee members. Please visit here to find out more about the award and contact ehPECS or ArcticNet SA for more information.