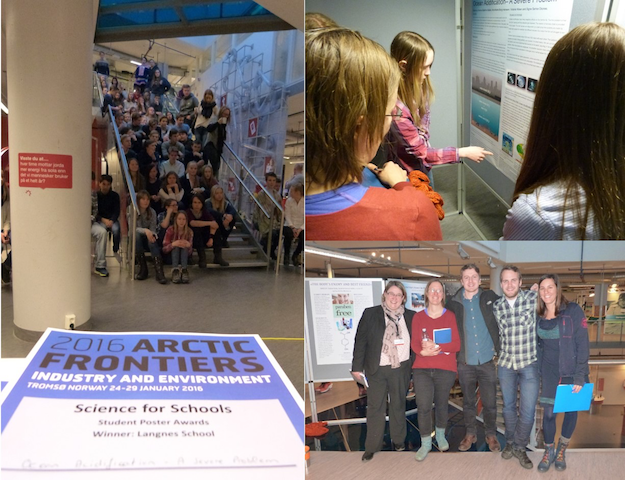 This year our Science for schools event was slightly different to previous editions. The Arctic Frontiers conference takes place every year in Tromsø, setting the perfect scene for polar outreach. During two days, 130 kids from the 10th class (13-14 years old) of four different local schools attended the Science for Schools event organized by UiT The Arctic University of Norway, Polaria, the Fram Centre, the Science Centre of Northern Norway and APECS. These kids live here, in the Arctic, in the main city of northern Norway, so they are familiar with snow and ice. However, most of them have never been out on a research vessel in the Arctic Ocean, on top of a glacier or diving below sea-ice. Therefore, listening to the first hand experiences of polar research scientists that have been there was extremely interesting for them.

Researchers from different nationalities living in Tromsø and abroad shared their experiences with the kids and were happy to answer all their curious questions. The kids were surprised to discover during Anja Rösel’s talk that the average thickness of current Arctic sea-ice is around 1-2 meters. You could see concern in their faces when Magnus Svendsen Nerheim talked about micro plastics pollution in the ocean. Their eyes opened very wide when Christine Dybwad showed them all the beautiful creatures that thrive in icy waters. Some of them were even brave enough to stand up and try the survival suits that polar researchers use when working on sea-ice and to help Anja and Polona Itkin drilling fake sea-ice. All in all the kids learned a lot of new things about polar science and their interest in pursuing a science related career hopefully increased.

Indeed, after the talks and hands-on experiences, it was the kids turn to impress us by presenting the posters, which they had been working on for the last month. In a way, it was their first mini-poster session at a scientific conference, and we have to say that the level of the posters was amazingly good. Not to mention their impressive level of English (not their native language). Some of us acted as judges, evaluating the posters and asking the kids questions about the topic they had chosen to present. While doing this we also learned a lot about topics such as ocean acidification, plastic pollution in the Arctic, the possibilities of nuclear energy as a carbon-free energy source, the problems of whaling and fish farming or the effects of climate change in the Tromsø area. The kids had done their research well and all together, they covered a wide variety of scientific issues.

Although it was a hard decision, we chose three second prizes and one overall winner. The winning poster (Lotion in the Arctic Ocean) could have perfectly been hanging at a regular scientific conference, but I have rarely seen professional scientists so enthusiastic and well-prepared as the six girls that presented this poster. There is definitely a lesson to be learned for all of us, researchers: We shouldn’t loose our childish curiosity and our teenager excitement when presenting our work to others. 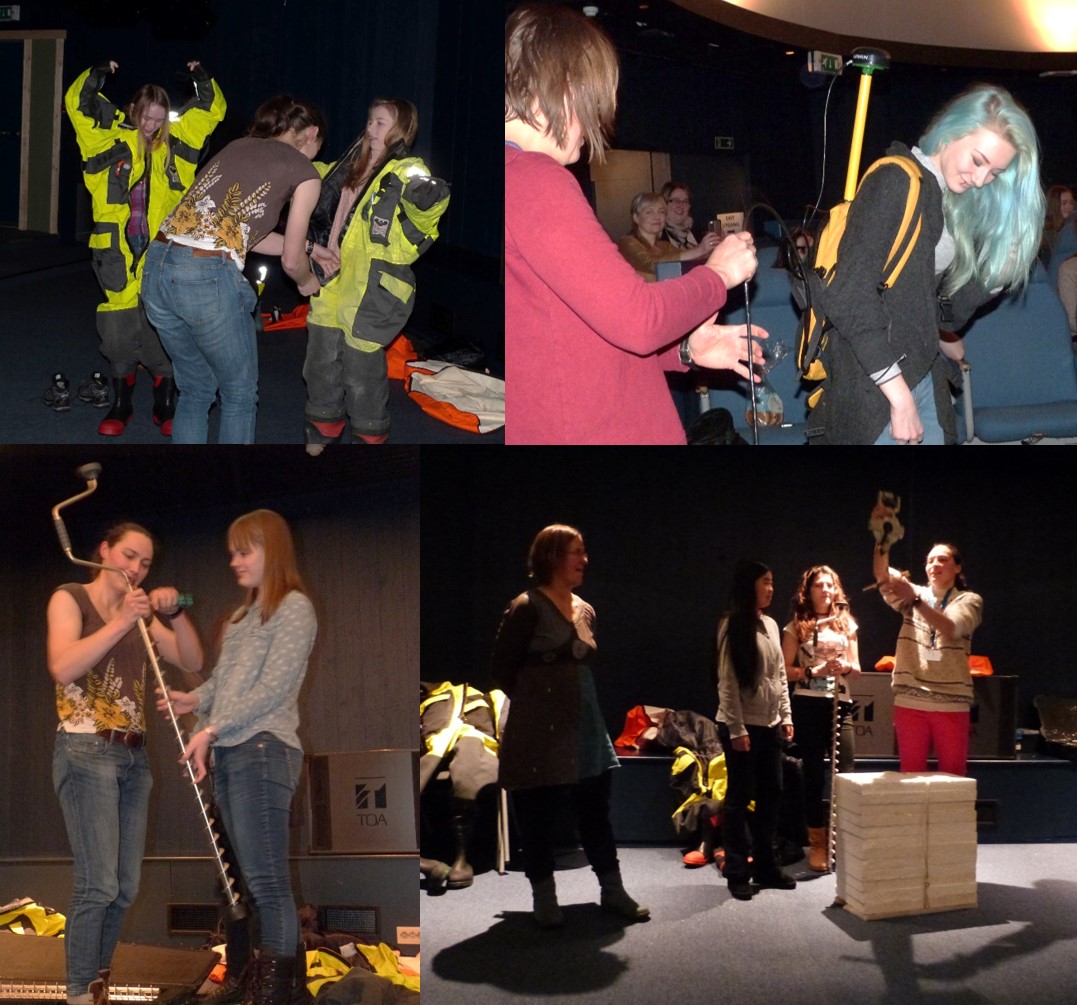 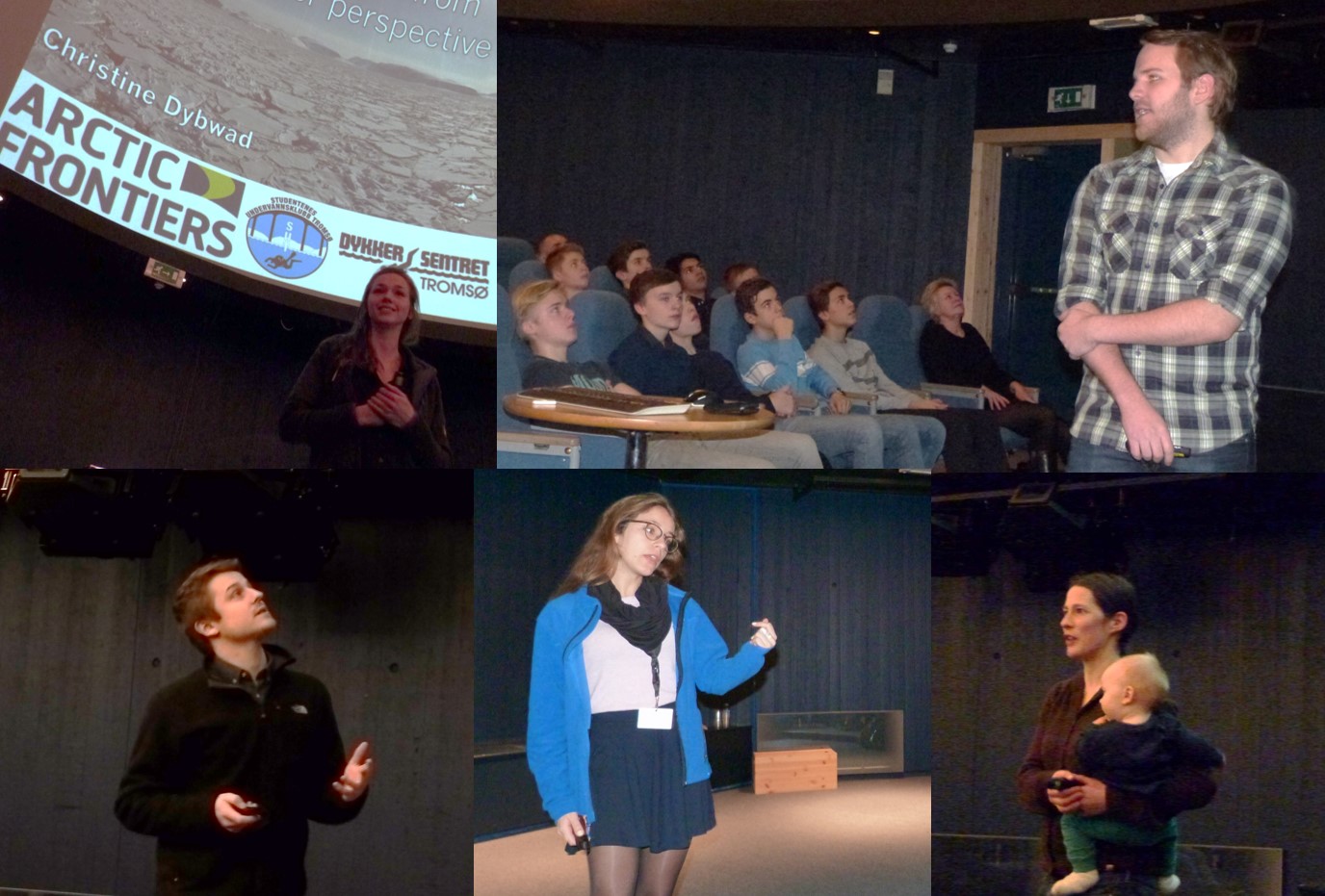