The poster session for the Arctic Frontiers conference was held on Thursday afternoon. Posters were divided into three different themes: Arctic Stewardship, Environmental Footprints and Technology Needs. The poster hall was filled with lively discussions but some posters were getting more detailed attention and these were the 40 posters being presented by early career scientists. A team of judges evaluated the posters and then had a long discussion in order to decide the winners. It was not an easy decision due to the high quality of all the posters but in the end we decided on an overall winner and three runner-ups. The awards were presented at the Science Conference dinner at the Scandic Ishavshotel by Mar Fernández Méndez, Ruth Vingerhagen, Gerlis Fugmann and Jenny Baeseman. 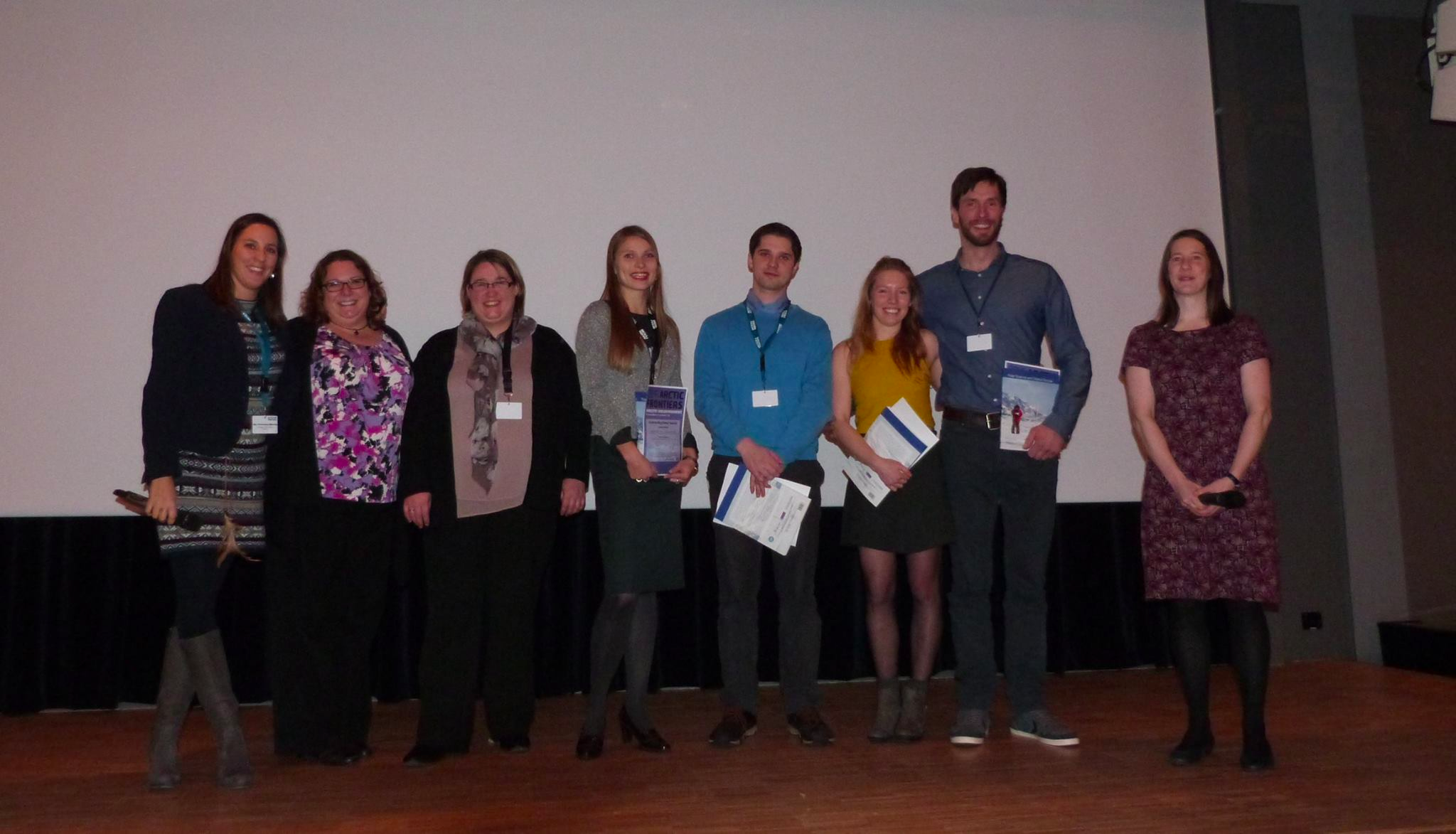 Daria Gritsenko – Ukraine and the Arctic – Apples and Oranges?.

Peter Leoplold - After 1000 years of absence... – The worlds northernmost blue mussels (Mytilus sp.) population is once again thriving during the time of a rapidly changing Arctic.