During the XXXVI Polar Symposium in Lublin, Poland, APECS Poland held a workshop for young researchers dedicated to interdisciplinary cooperation in polar science, entitled: “What really matters is not ‘How to do it?’ but ‘With whom?”, with kind support of the Centre for Polar Studies, University of Silesia; the Polish Polar Consortium; and the Scientific Committee of Antarctic Research (SCAR).

The workshop, held on 8 June 2016, gathered around 30 participants representing a vast range of disciplines, institutions and career stages, and consisted of two parts. The first one, led by dr. Bartłomiej Luks (Institute of Geophysics, Polish Academy of Sciences) and dr. Michał Łuszczuk (Faculty of Political Science, Maria Curie-Skłodowska University in Lublin) focused on interdisciplinary collaboration in science. The second part, led by dr. Agnieszka Skorupa (Institute of Psychology, University of Silesia in Katowice), aimed at examining the role of psychological mechanisms during polar expeditions.

The workshop was meant to be a hands-on experience. Thus, apart from talks and presentations, the participants were involved in group tasks so that they practiced
interdisciplinary thinking and team work during breakout sessions. We even experienced an emergency landing on the Moon!

After the workshop, the participants attended the SCAR information session which was dedicated mainly to the on Tinker-Muse Prize for Science and Policy in Antarctica, SCAR Fellowship Programme and other SCAR awards and recognition activities.

The workshop, which was the first APECS Poland event after a long break, turned out to be very successful, both, as a learning opportunity and a platform to meet and get to know new colleagues. We received positive feedback after the event, accompanied by specific ideas for next initiatives.

We are deeply grateful to the organizers of the XXXVI Polar Symposium, especially the Faculty of Earth Sciences and Spacial Management, University of Maria Curie-Skłodowska, Lublin and all the partner institutions which made this event possible. We also thank our mentors for their time and dedication. Last but not least: many, many thanks to the participants! 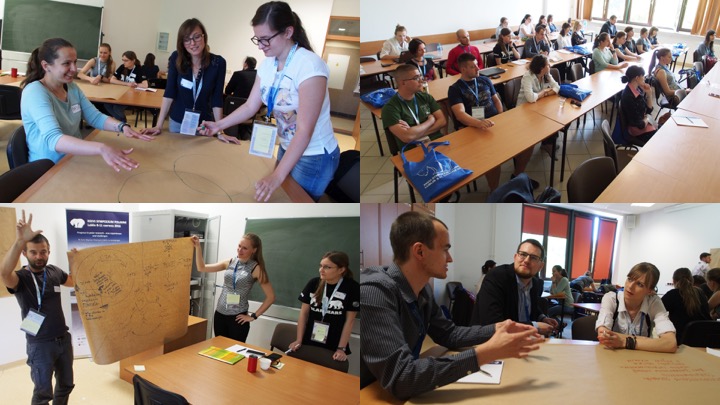