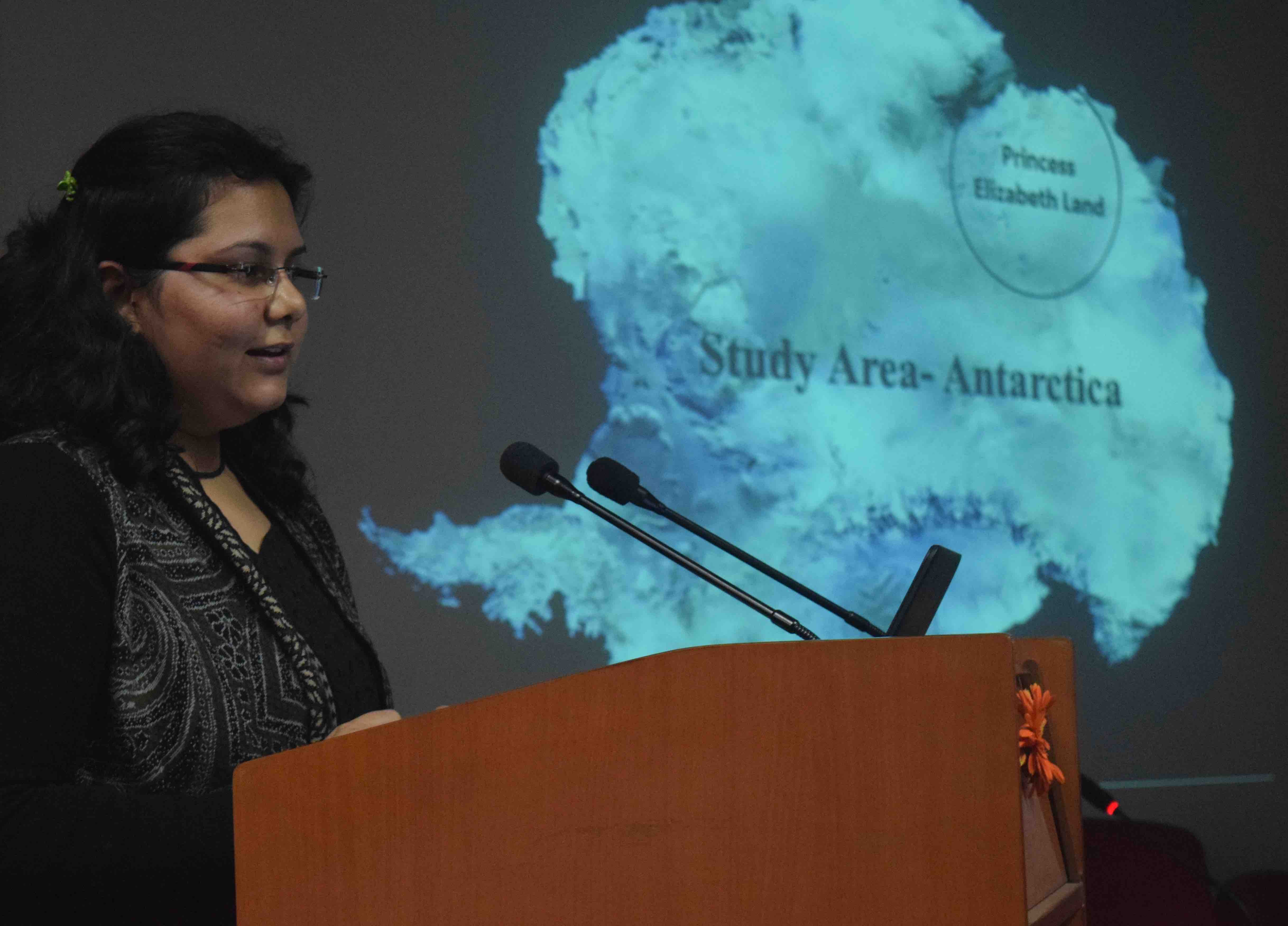 A panel discussion titled “Shape the future of Polar Geosciences” was organised by Indian Polar Research Network (APECS-India) in association with Department of Geology, University of Delhi on 28th January 2017 on the special occasion of Golden Jubilee Celebrations of the department. The event was held to introduce polar geosciences to the undergraduate students and enhance knowledge of the postgraduate students. This panel discussion aimed at creating awareness among the students regarding the career opportunities in polar geosciences, the priorities of the polar research and their significance in the contributions to humanity.

The panel was chaired by eminent polar geologist Dr. Anil Joshi along with, Dr. Siddharth Swaroop(Himalayan glaciologist) and Mr. H. C. Khanduri(Himalayan projects expert). Dr. Anil Joshi, now retired, served as the Deputy Director General of Polar Division, Geological Survey of India. He participated in the initial years of Indian Antarctic Expeditions in 80s and led geological research in Antarctica later. Dr. Siddharth Swaroop, a celebrated glaciologist, has retired as the Deputy Director General of Glaciology Division, Geological Survey of India after working extensively in Himalayan glaciers for decades. Mr. H. C. Khanduri is a greatly admired engineering geologist associated with colossal Himalayan projects like Tehri Dam project and has a comprehensive experience of about 30 years in geotechnical research in Indian region of Himalayas.

The event was initiated with the introduction of APECS and IPRN by Prof. N. C. Pant followed by presentations by research scholars of the department who are working in the Polar Regions. I introduced Antarctica and Arctic to the audience with a glimpse into my research in Antarctica. Abul Aamir Khan, also an IPRN member, introduced Himalaya and its importance as the third pole and conferred a talk on his research at Gangotri glacier, Himalaya. This was followed by a talk by Debojyoti Basuroy who focused on the adventures and eccentricity of working in Polar Regions by sharing his lively experiences of working in high altitude Himalayas and his research study on the Sutlej river reorganisation.

A special session on Geosciences in Himalayas was organized with a view to promote Himalayas as a third Pole and to highlight the fragility of the Himalayan social-ecological system. The Hindu Kush-Himalayan region, known as the third pole, stores more snow and ice than anywhere else in the world outside the Polar Regions and forms a daunting global ecological buffer. The third pole region is sensitive to climate change and directly or indirectly affects millions of people (about one fifth of the world's population). The session highlighted some recent studies suggesting a greater vulnerability of the cryospheric environment to rapid warming and climate change. However, there are many unanswered questions and their potential implications which indeed, should be the priorities of the future research work focused in Himalayas. 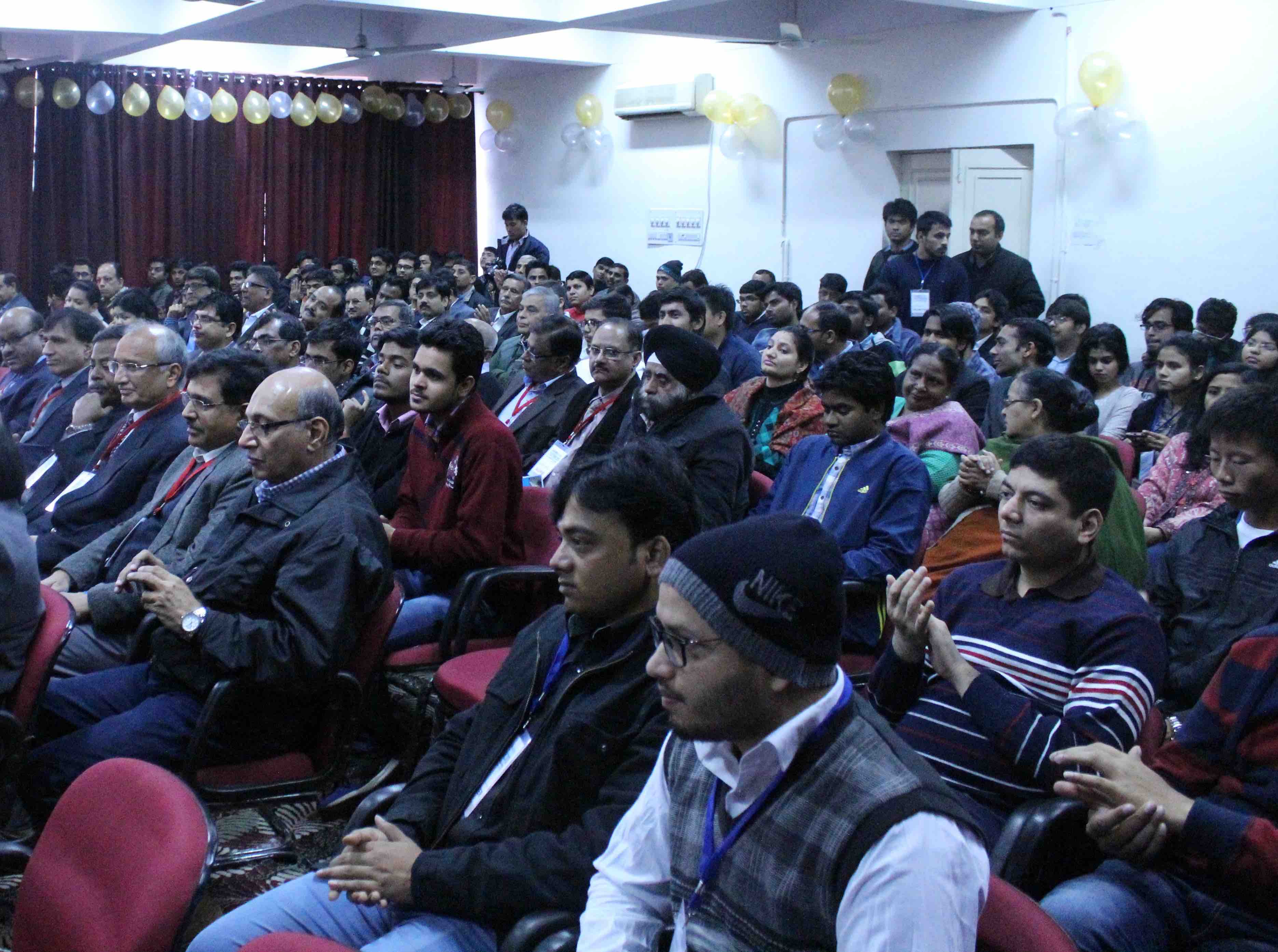 The panel discussion was attended by about 100 students along with the distinguished alumni and the faculty of the department. The panel discussion was followed by an open forum Polar Quiz for the students. This was the very first time when students of department of geology, Delhi University were introduced to polar geosciences at a broad platform. This event provided them an opportunity to hear and interact with renowned polar scientists as well as early career polar researchers and get to learn about their personal experiences of working in extreme and pristine polar conditions. The response of the students was overwhelming with requests to add few more topics in our next events. Students expressed their desire to know about ways to get involved in polar studies and participate in Indian expeditions to poles. They requested to emphasize more on the various interdisciplinary research programs in Polar Sciences. Overall, this event was highly appreciated by the audience and was a successful icebreaker activity to plan up future APECS's events in University of Delhi.