During the recent Svalbard Science Conference (6 - 8 November, Oslo, Norway) there were two evening poster sessions where researchers had the opportunity to showcase their work and impress a team of judges.  The well-deserved prizes were awarded during the conference dinner. Prizes were awarded in two categories: early career researcher (ECR) and experienced researcher (ER). The competition organised by APECS in collaboration with the Research Council of Norway. We would like to thank all the judges who contributed their time to judge the posters and of course to all the presenters!

ECR
Winner: Alistair Everett "Seals like plumes"
Runner Up: Megan Lee "The impact of pollution on pathogen prevalence in an Arctic seabird" 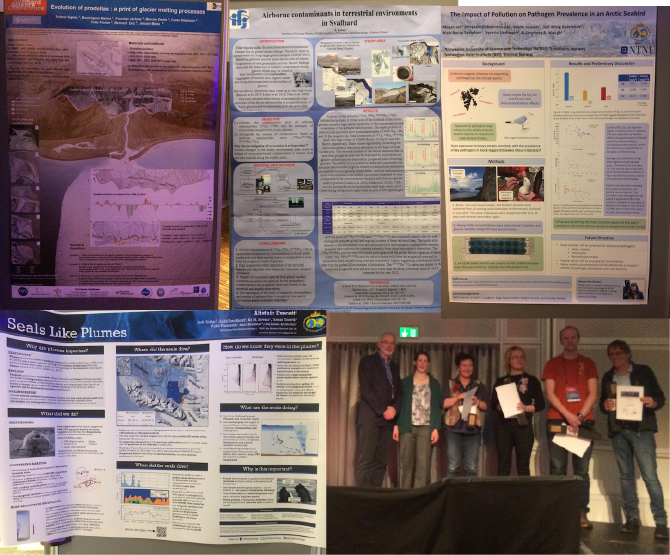