Do you know anyone who has made a meaningful impact to the scientific community in the North?

The Association of Early Polar Career Researchers Canada and the ArcticNet Student Association are looking to recognize a mentor who has contributed significantly over a period of several years to the mentoring and fostering of polar early career researchers in Canada.

We encourage nomination packages from a variety of backgrounds for this award, including academics, industry professionals, community members, Elders, educators, public servants, and anyone else that has made a meaningful impact on polar early career researchers.

For more information on the award and how to nominate a mentor, visit https://apecscanada.wixsite.com/ehpecs. The deadline for nomination package submissions is September 15, 2018. 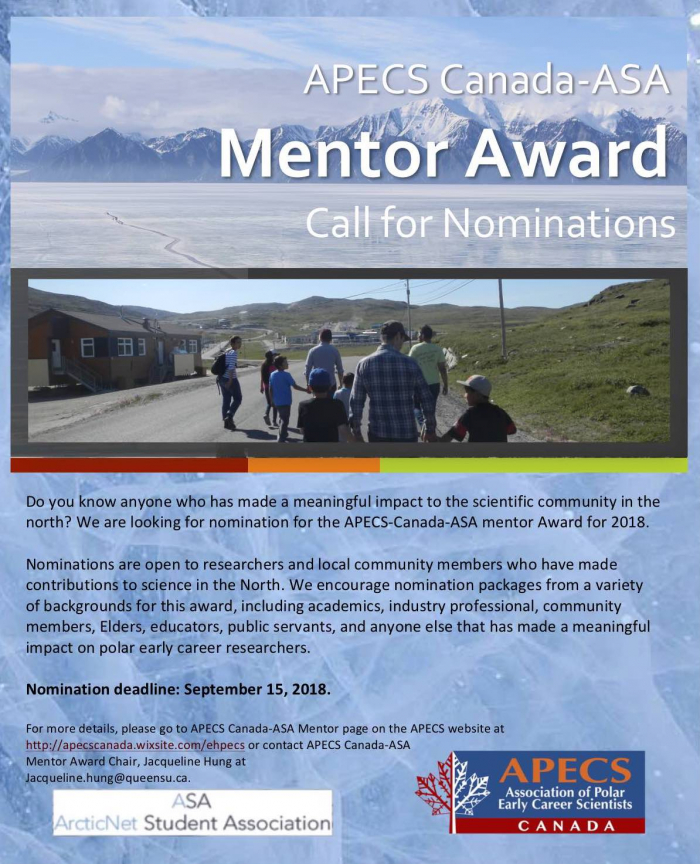