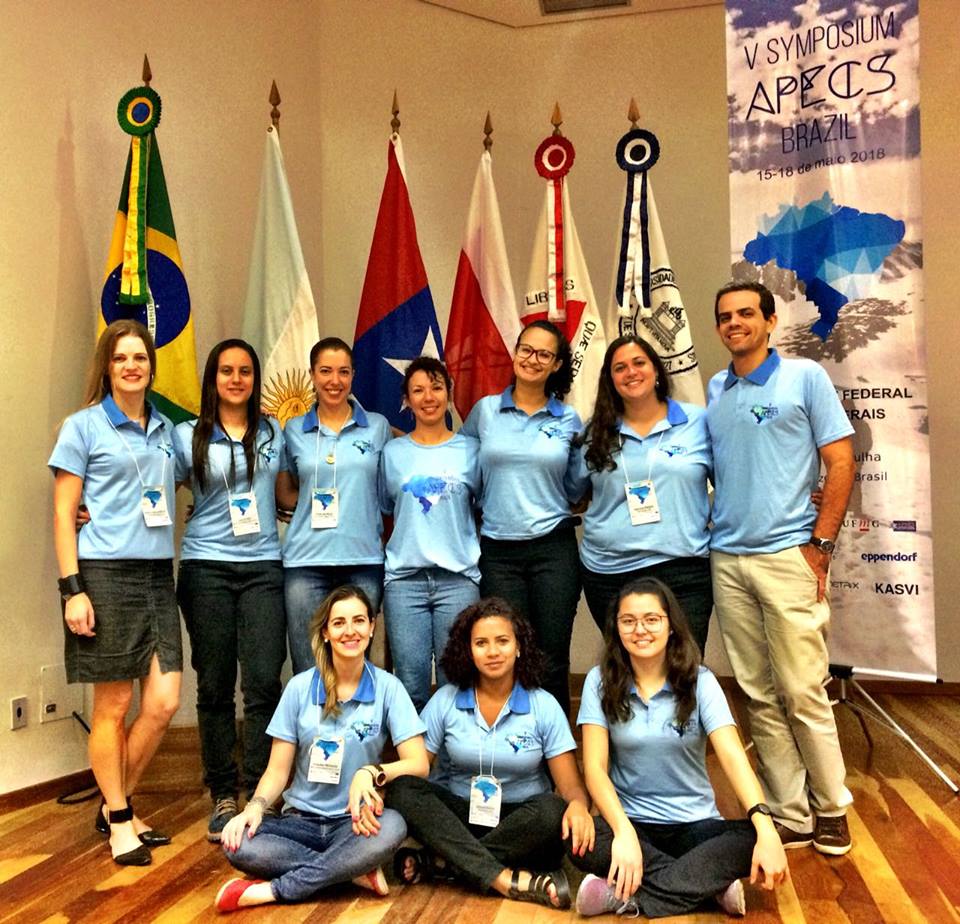 The V Symposium was held at the Federal University of Minas Gerais, Belo Horizonte, Brazil from May 15 to 18, 2018. The event connected 68 researchers and students from 30 different institutions. It is important to emphasize that this is the only scientific meeting focused on polar science in Brazil. In the first day of event, the members of the APECS-Brazil ministered the mini-courses “Political and environmental aspects of the Antarctic treaty: structure and functioning of the Madrid protocol”, “Polar science in basic education: from scientific literacy to school practice”, “Pollution in the Antarctic environment” and “Antarctic mycology”. On this day, also had a scientific communication activity “Talking with Polar Scientists: Antarctic experience” that gave lectures to over 600 children of basic education activities. In the next three days, guest speakers gave lectures in the most diverse areas: archeology, mycology, parasitology, medicine, education, geology, geopolitics, marine biology, paleontology, botany, ecology, evolution and climate change were performed. The roundtable discussed the achievements of the APECS-Brazil, which for 10 years are promoting and disseminating knowledge about the Polar Regions in Brazil.

Also, during the symposium, the polar early career scientists presented the abstracts - oral and mini video. As a way to stimulate them, the best works presented were awarded at the end of the event.

We thank the Brazilian National Council for Scientific and Technological Development (CNPq), APECS-International and the other supporters.