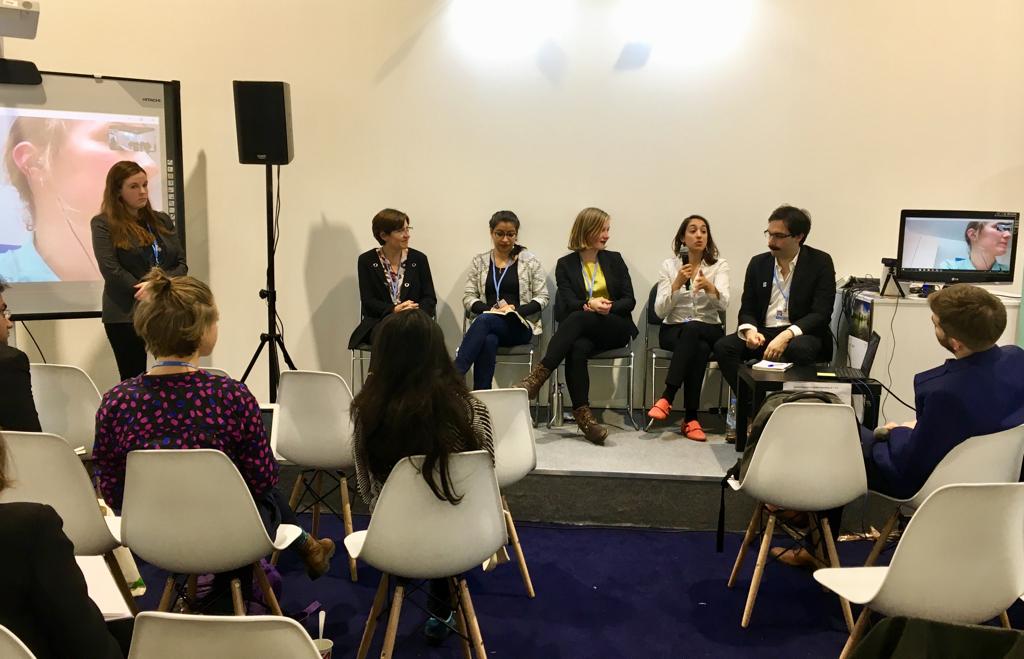 During the United Nations Climate Change Conference (COP24) in Katowice, Poland, the Intergovernmental Panel on Climate Change (IPCC) hosted a series of symposia.

One of which, titled ‘Partnering with the IPCC - Early Career Scientists’ included two representatives from APCES on its panel, Jilda Caccavo (APECS President) and Mathieu Casado (current member and former leader of the Council project group organizing the IPCC group review). The session was chaired by Sarah Connors, a Science Officer in the Technical Support Unit of Working Group 1 (WG1) of IPCC, and included Valérie Masson-Delmotte, the IPCC WG1 Co-Chair, as well as two chapter scientists, Tania Guillen and Kiane de Kleine, and Gaby Langendijk, a representative from the early career network Young Earth System Scientists (YESS).

In a joint talk, Jilda and Mathieu introduced APECS and the group review that the APECS Council project group organized during the 2017-18 Council term to review the First Order Draft (FOD) of the Special Report on Climate Change and the Oceans and the Cryosphere (SROCC). Jilda provided an overview of APECS, its role in the polar early career researcher (ECR) community, and with its partners (such as the IPCC). Mathieu described how the APECS group review of the SROCC was carried out, and the results of an analysis of the output of the reviewers, including how, based on review comment output, ECRs were shown to be just as well qualified as their more experienced peers as reviewers.

The session included four short talks, followed by a Q&A session. There was interest from the audience about how to join the group review of the Sixth Assessment Report (AR6) of the IPCC, which the APECS Council project group is leading in collaboration with other early career networks. In addition, the audience was keen to learn more about ways to engage with the IPCC report production, as well as how networks like APECS could help to introduce their members to international partners such as the IPCC.

This is the first time APECS was invited to participate in a COP conference. 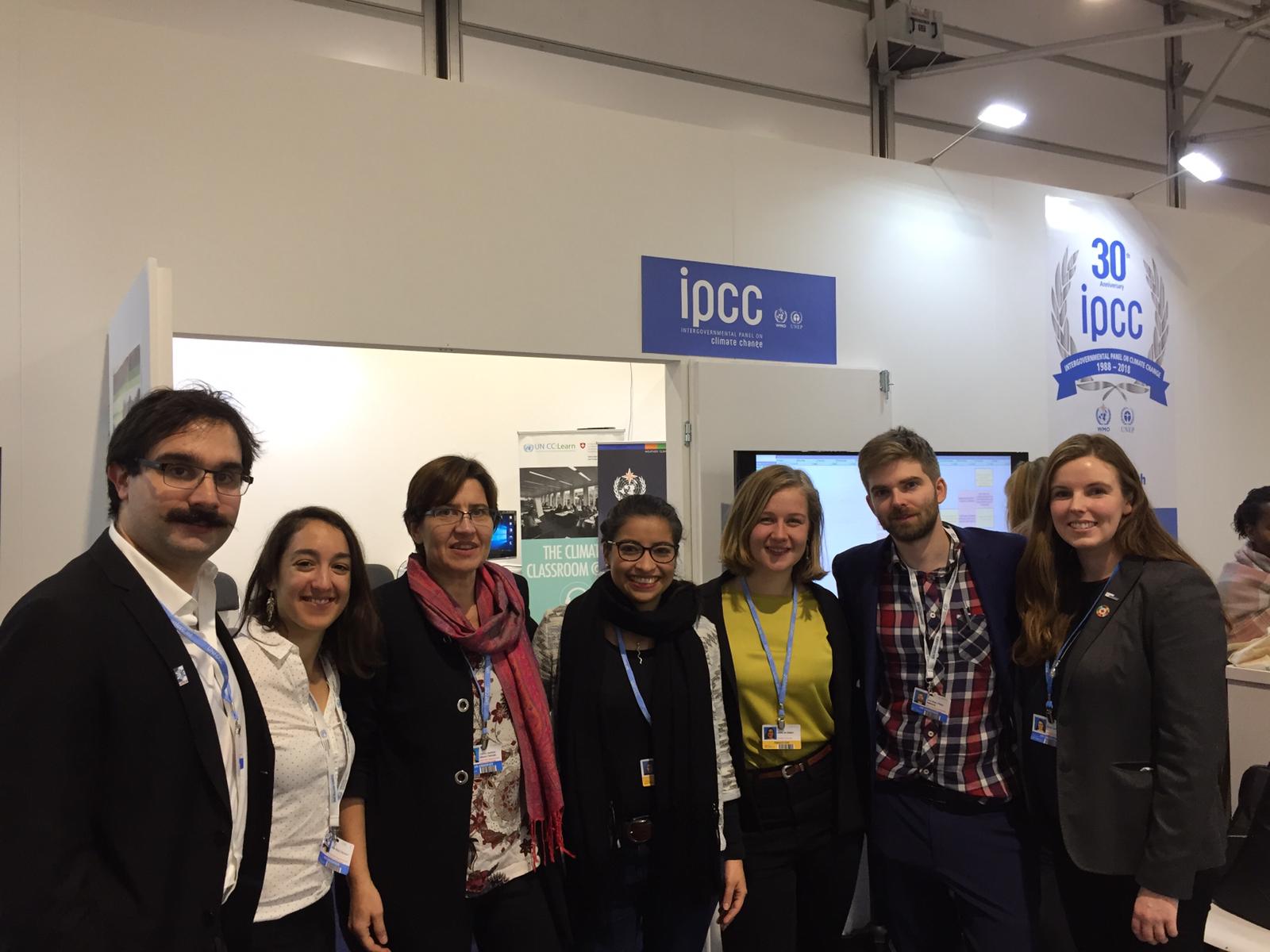