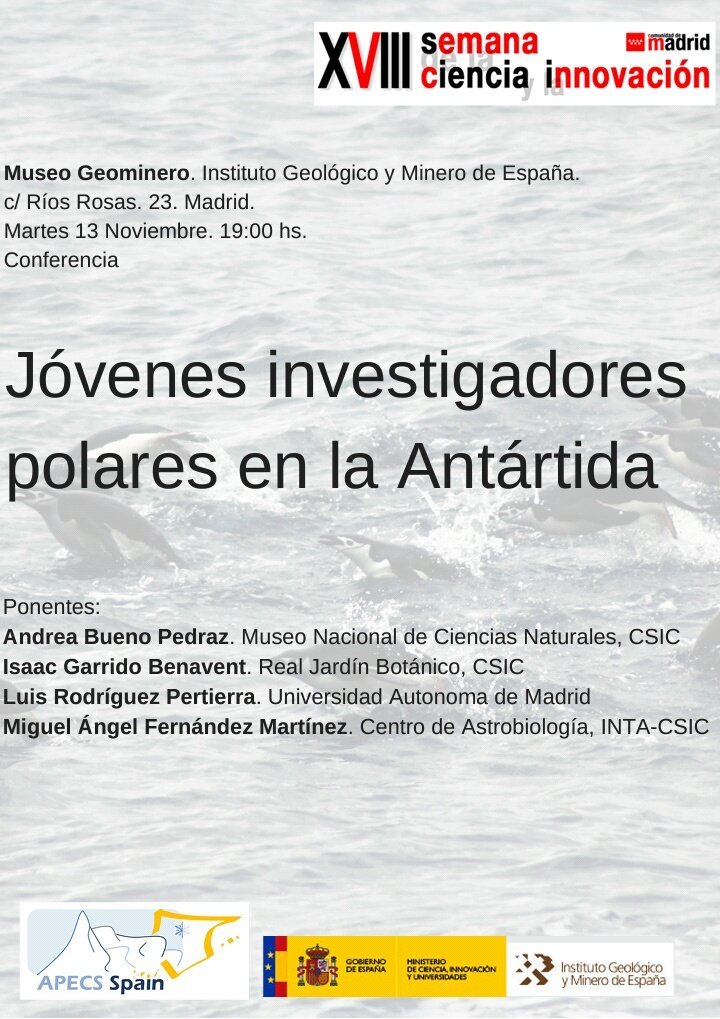 Firstly, Luis Rodríguez explained the treaties and laws governing the Antarctic territory. He also talked about the studies and campaigns done with the aim of eliminating plant alien species on the continent. Andrea Bueno talked about the research on penguins' different habits of food foraging for breeding their offspring and how they have been affected by climate change and its influence on Southern Ocean waters. Isaac Garrido presented a brief review of the works on Antarctic fungi, emphasising the peculiarities of these organisms and their ability to adapt to the harsh polar conditions. Finally, Miguel Ángel Fernández exposed the characteristics that make Antarctica an environment analogue to that of Mars. He also explained the kind of biological studies that are carried out at this pole aiming to have a better understanding of the life that inhabited the Red Planet in the past. After these scientific talks, Miguel Ángel presented the different infrastructures Spain has in Antarctica: two scientific stations (BAE Gabriel de Castilla and BAE Juan Carlos I) and two research vessels (BIO Hespérides and BO Sarmiento de Gamboa). Also, he briefly presented the transantarctic exploration campaign called 'Unexplored Antarctica 2018' which will be accomplished with a new moving infrastructure designed and built in Spain: the WindSled. There was time for questions from the audience and a discussion with the speakers as a closure of the event. 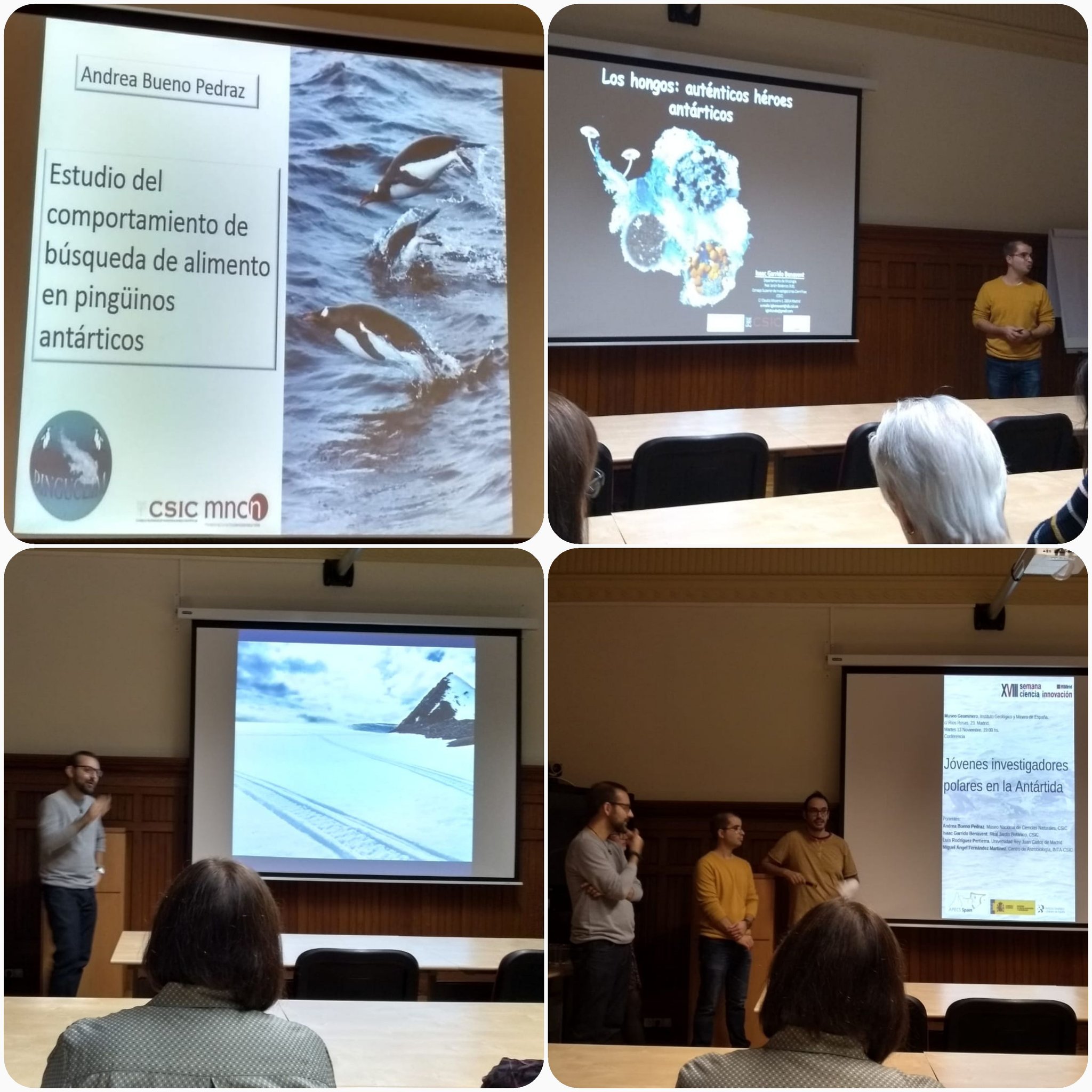