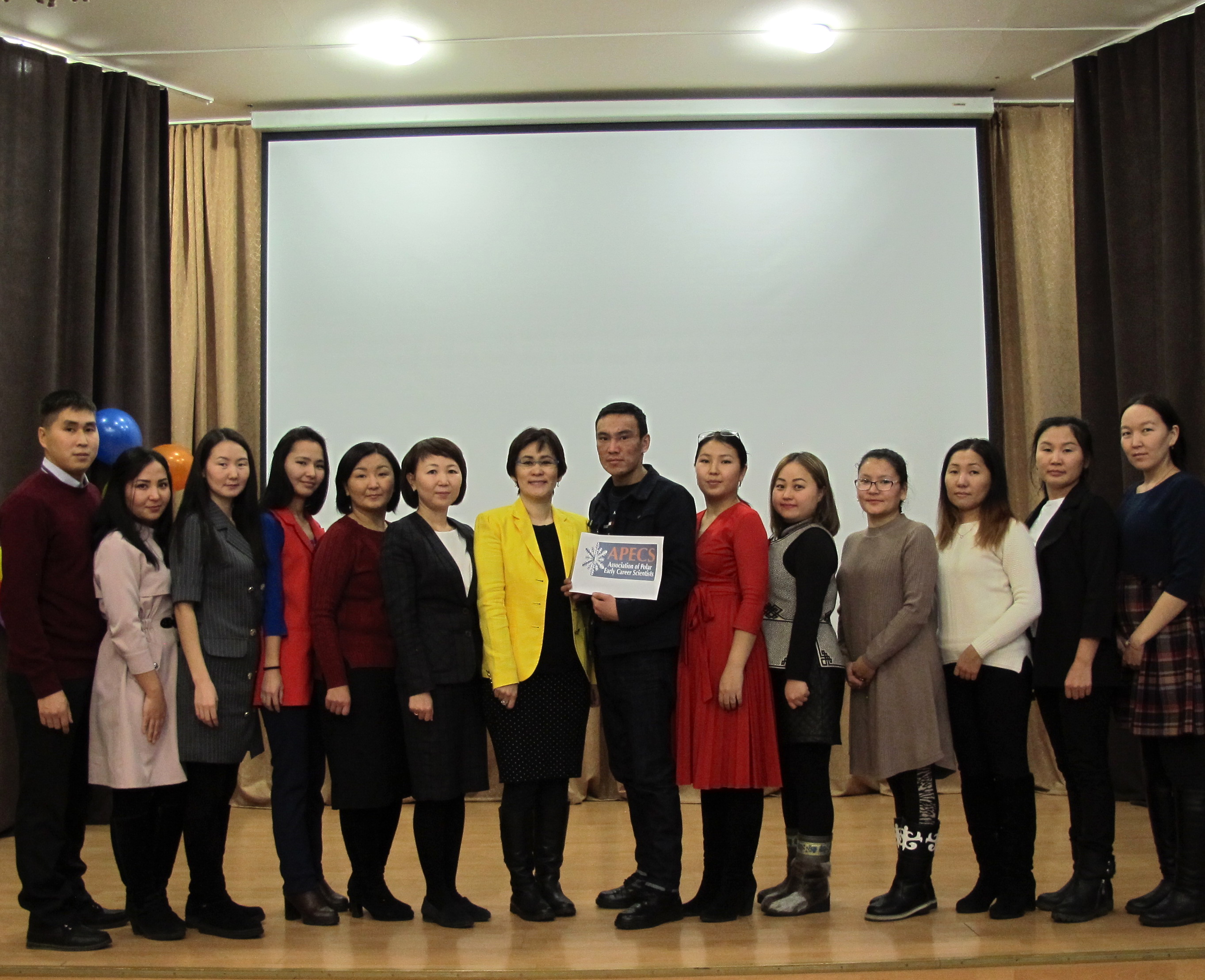 APECS held a presentation about APECS at the Tuvan State University, at Kyzyl, Tyva Republic, Russia on December 7, 2018.

The presentation was given by Tayana Arakchaa, an APECS Council member and a member of APECS Diversity, Equity, and Inclusion (DEI) Group. One of the main goals of DEI group is inclusion of young scholars from indigenous communities. One of the common issues of remote Siberian native communities is that the distance from major population and governmental centers means lack of information about international academic research in other northern regions. The Tyva Republic is unique because 85% of the total population is indigenous and it is a home for two indigenous groups, the Tyva and Tyva-Tozhu. Other indigenous representatives also live in the Republic such as the Khakas, Buryat, Altay, and Yakut. APECS is a great opportunity to make international academic research and knowledge accessible for young Siberian indigenous researchers. Twenty undergraduate students, PhD students, and young researchers from different fields of study attended the presentation. They asked questions about APECS, its partners, and the opportunities they would have with the organization. Also, they were interested in joining APECS. The DEI group hopes that with its contribution an imbalance of indigenous and non-indigenous scholars in APECS will be not so significant in the future.