APECS was invited to contribute to a side-event for early-career researchers (ECR) on the Intergovernmental Panel on Climate Change (IPCC) Special Report on Climate Change and the Oceans and the Cryosphere (SROCC) during the Past Global Changes (PAGES) conference in Bern, Switzerland on December 18th, 2018.

The half-day event began with an introduction to the IPCC assessment process and tips on reading the reports, followed by personal perspectives on taking part in the compilation and review of IPCC reports.

Following a Q&A session with the speakers, Mathieu Casado, current member and former leader of the APECS Council project group organizing the IPCC group review, introduced APECS and the group review that the project group organized during the 2017-18 Council term to review the First Order Draft (FOD) of the SROCC. Mathieu described how the APECS group review of the SROCC was carried out, and the results of an analysis of the output of the reviewers, including how, based on review comment output, ECR were shown to be just as well qualified as their more experienced peers as reviewers. He also outlined current and future projects of the group and how ECR could get involved, including reviewing the Second Order Draft (SOD) of the SROCC, as well as organizing a group review in collaboration with other ECR networks of the Sixth Assessment Report (AR6) by the IPCC.

The event was followed by a networking lunch, where Mathieu, Jilda Caccavo (APECS President), and Carla Perez Mon (APECS Switzerland) fielded questions from event participants. Discussions included how to join APECS and/or get involved with APECS Switzerland, as well as how to take part in future group reviews. Mathieu and Jilda also discussed the APECS group review process with speakers from the event, who were keen to learn more.

Dr. Marie-France Loutre, Executive Director of PAGES, who had invited APECS to discuss their work with the IPCC, was keen on continuing to collaborate with APECS in the future via their own ECR network, in particular, by partnering with APECS in the review of the AR6.

Mathieu received support to participate in this event as part of his Humboldt fellowship. 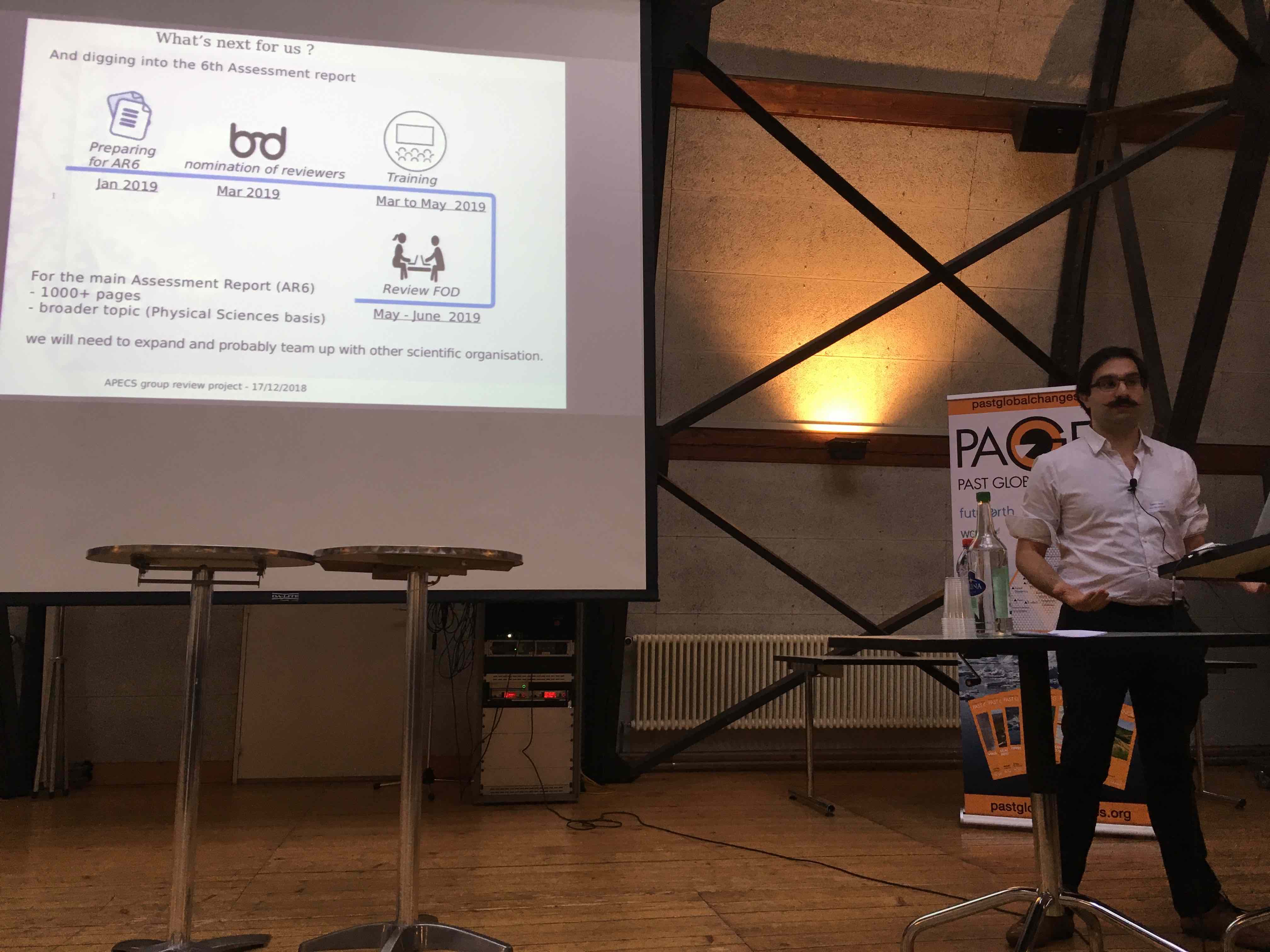