The APECS national committees of the Netherlands, Belgium and Luxembourg teamed up in 2018 to organize an international outreach project within the context of Antarctica Day for elementary school children. Antarctica Day is a tradition within APECS and usually revolves around outreach projects teaching young children about Antarctica, and polar science in general.

The teams of APECS BeNeLux collaborated with Dutch artist Udo Prinsen to set up a solargraphy project for researchers and school children alike. Solargraphy, tracking the movement of the sun through the sky using pinhole cameras and long exposure times (6 months!), enables children to see how the sun moves through the sky. This is a major factor in our climate system and also explains the climate at the poles, as well as the polar night and polar day. Apart from that, the resulting images are wonderful to look at.

Enthusiastic APECS members visited different schools throughout the three countries to share their passion for the poles. Over 100 children in each country took part in the programme, divided over 3 elementary schools in the Netherlands, 4 in Belgium and 5 in Luxembourg. Apart from that, board member Esther of APECS NL gave a lecture to 150 teachers to create awareness and inspire them to start projects focusing on Antarctica. The programme developed together with Udo was centered around a mini lecture and videos explaining how the Earth revolves around the Sun and how this causes phenomena like the polar night. Afterwards, the children installed the pinhole cameras at strategic places around their school. This was determined in a brainstorm with the children (where does the sun rise and set, and how can we best capture her movement?). Children from various schools in the BeNeLux area pin-opened the cameras around the winter solstice and will collect them again around the summer solstice. This way, they can study the trajectory of the sun across seasons.

The luxembourgish team also had collaboration and financial support of their national Service de Coordination de la Recherche et de l’Innovation pédagogiques et technologiques (SCRIPT.lu). All workshops in Luxembourg included an additional practical part, where the children were building their own camerae obscurae. The kids learned how easily the cameras can be built with everyday objects. The functioning of the cameras was explored as well. In order to see the results of the children’s own cameras, APECS Luxembourg will organize another workshop around the summer solstice 2019. The pictures taken with the children’s cameras will be developed, and the pupils will have an opportunity to explore life in the Arctic in an artistic workshop held with labradorian artist Heather Carroll.

Lastly, some pinhole cameras have been distributed among international scientists working at polar stations, and will be distributed to more stations in the future. This will result in a set of solargraphs from various climate zones, which will be showcased jointly with the children’s photographs/solargraphics at an online exhibition during the summer of 2019.

APECS BeNeLux wants to thank all schools for participating in this international workshop and providing us with a platform to promote polar science to the next generation. APECS.lu and polar.lu additionally would like to thank their partner SCRIPT for its financial support. Lastly, we thank Udo Prinsen for his dedication to this project. Should you be interested in solargraphics and collaborations between polar science and arts, we recommend that you have a look at his project “Touch Base”. 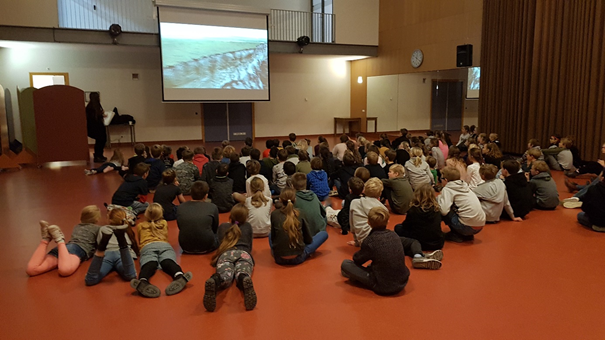 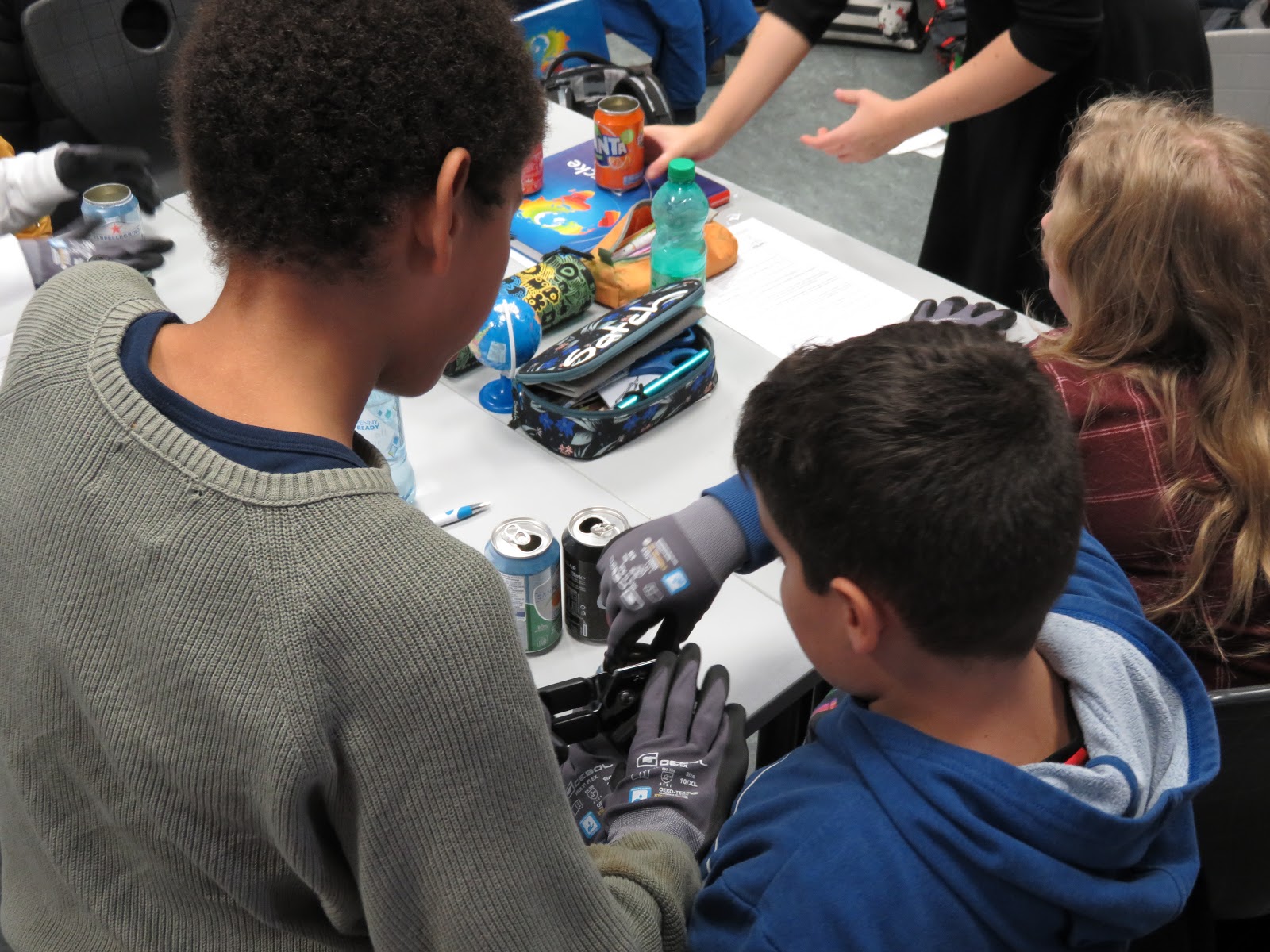 Left: Rúna and Linde from APECS NL introduce polar topics such as the polar night, polar bears and permafrost using videos (Nijmegen, NL). Right: The children are building their own camerae obscurae in order to install them at home (Schengen, LU).