During the United Nations Climate Change Conference (COP25) in Madrid, Spain, the World Wildlife Fund (WWF)’s Arctic Program invited APECS to take part in a panel discussion entitled “Breaking the Ice – bringing young scientists and Indigenous youth to the decision-making table in the Arctic”. Jilda Caccavo (APECS President 2018-2019, current ex-officio to the Executive Committee) presented the work of APECS, how it supports and helps to provide a voice to Early Career Researchers (ECR), as well as how her own personal experience in APECS has provided her with opportunities to become engaged in the polar community.

The purpose of the panel was to provide a platform for indigenous youth and ECR to express what they felt were the most pressing issues in the climate crisis, and discuss which solutions are needed to address these issues and better represent their voices in the decision-making process. As the representative for ECR on the panel, Jilda discussed the ways in which APECS empowers ECR take their impact beyond their labs and universities, by providing funding to participate in international conferences, working with partners to ensure that ECR have seats on leadership committees, encouraging ECR participation in outreach and science communication activities, and finally by instilling in the next generation of polar ECR the importance of scientific and local community engagement, and collaboration.

The session began with introductory statements by each panel member, followed by a series of guided questions from Martin, which sparked discussion among the panelists. The importance of indigenous knowledge was discussed, as well as how such knowledge is often ignored unless filtered through a colonial lens (i.e. via validation by researchers). Jilda discussed how the presence of ECR on the leadership bodies of international polar organizations makes a real difference both for the ECR and the organization, by providing valuable training to ECR, giving a voice to ECR in decision-making processes, as well as by improving the running of the organization, as ECR are often more enthusiastic, responsive, and punctual than their later career and often overburdened peers.

While the other panel participants had quite strong political messages, as can be understood given the threat that the climate crisis imposes on the communities where they live and work, Jilda made clear that as an international organization, APECS is firmly nonpartisan in its messages and actions. However, as an organization that empowers its ECR members and leadership to engage with communities outside of their specific research topics, APECS helps prepare ECR to lead political action to make a difference in polar communities.

This is was the second of two panels Jilda participated in representing APECS at COP25, the first being a panel on ECR engagement in the Intergovernmental Panel on Climate Change (IPCC). 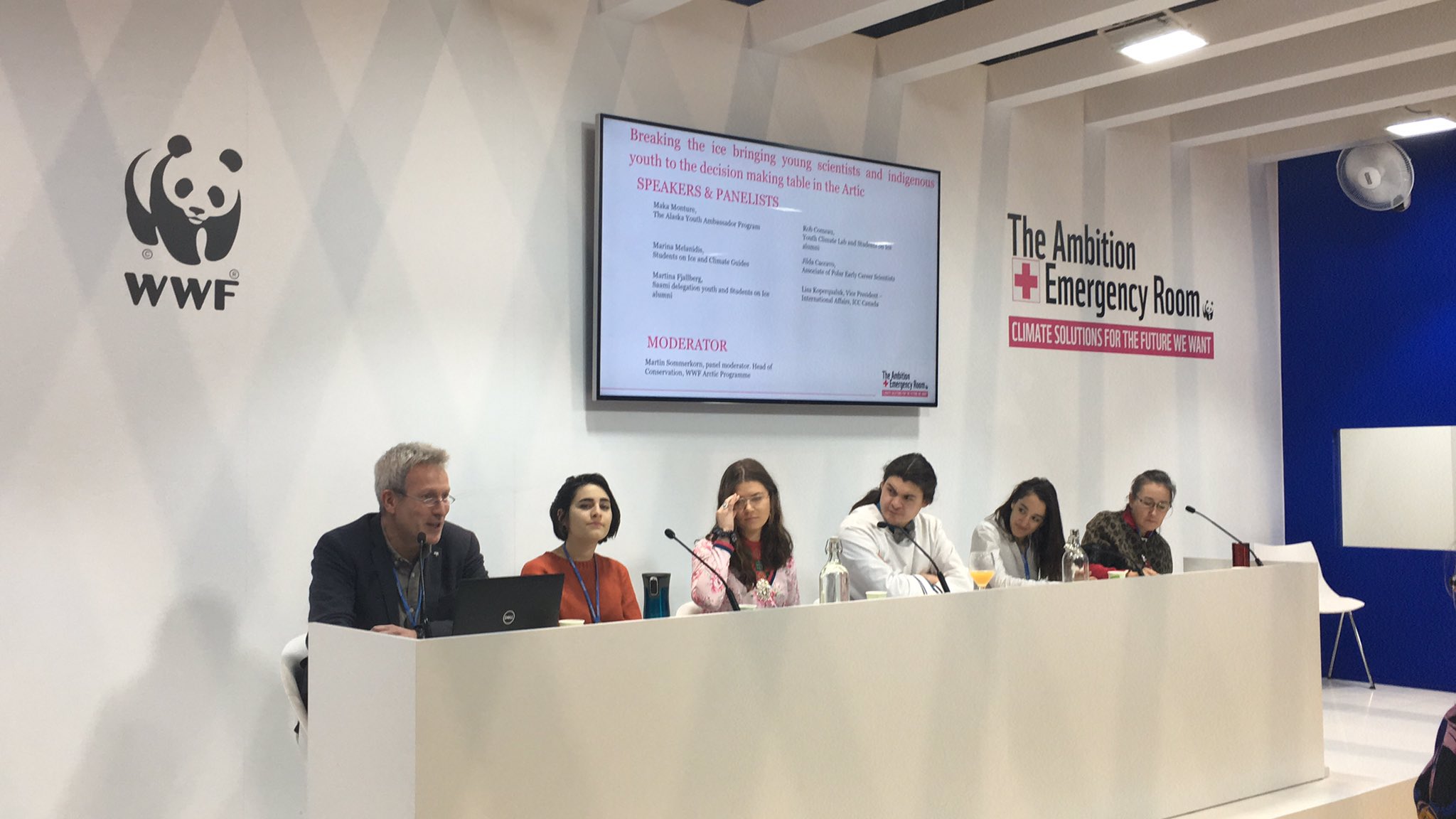