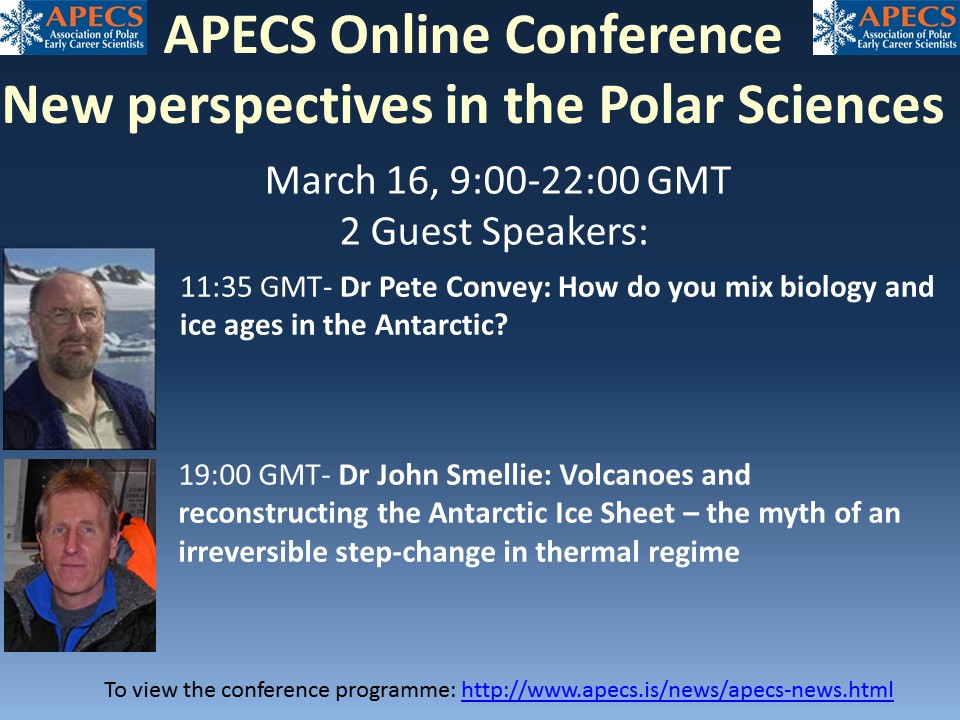 On March 16th 2015, APECS held its first online international conference: New Perspectives in the Polar Sciences. This conference was attended by nearly 200 early career scientists and researchers, representing every continent. Excellent presentations were given by 18 researchers, ranging in topics from marine biology, and environmental pollution, to the education, culture and history of the polar latitudes. Guest speakers included Prof. Pete Convey from the British Antarctic Survey, UK, discussed new research on the evolution and adaptation of Antarctic terrestrial biota and the implications of this for future management and conservation; and Prof. John Smellie from the University of Leicester, UK, discussed new methodological applications of glaciovolcanism to reconstruct Antarctic Ice Sheet evolution.

In the coming weeks, recordings of all the presentations will be available on the APECS website for those who were unable to listen to the conference live. Click on this hyperlink: Book of Abstracts to download the Conference book of abstracts. Special thanks to conference organisers Louise Chavarie, Rachel Downey and Scott Zolkos; Gerlis Fugmann for supporting and promoting the conference worldwide; and amazing APECS Members for judging and co-ordinating presenters on the day.