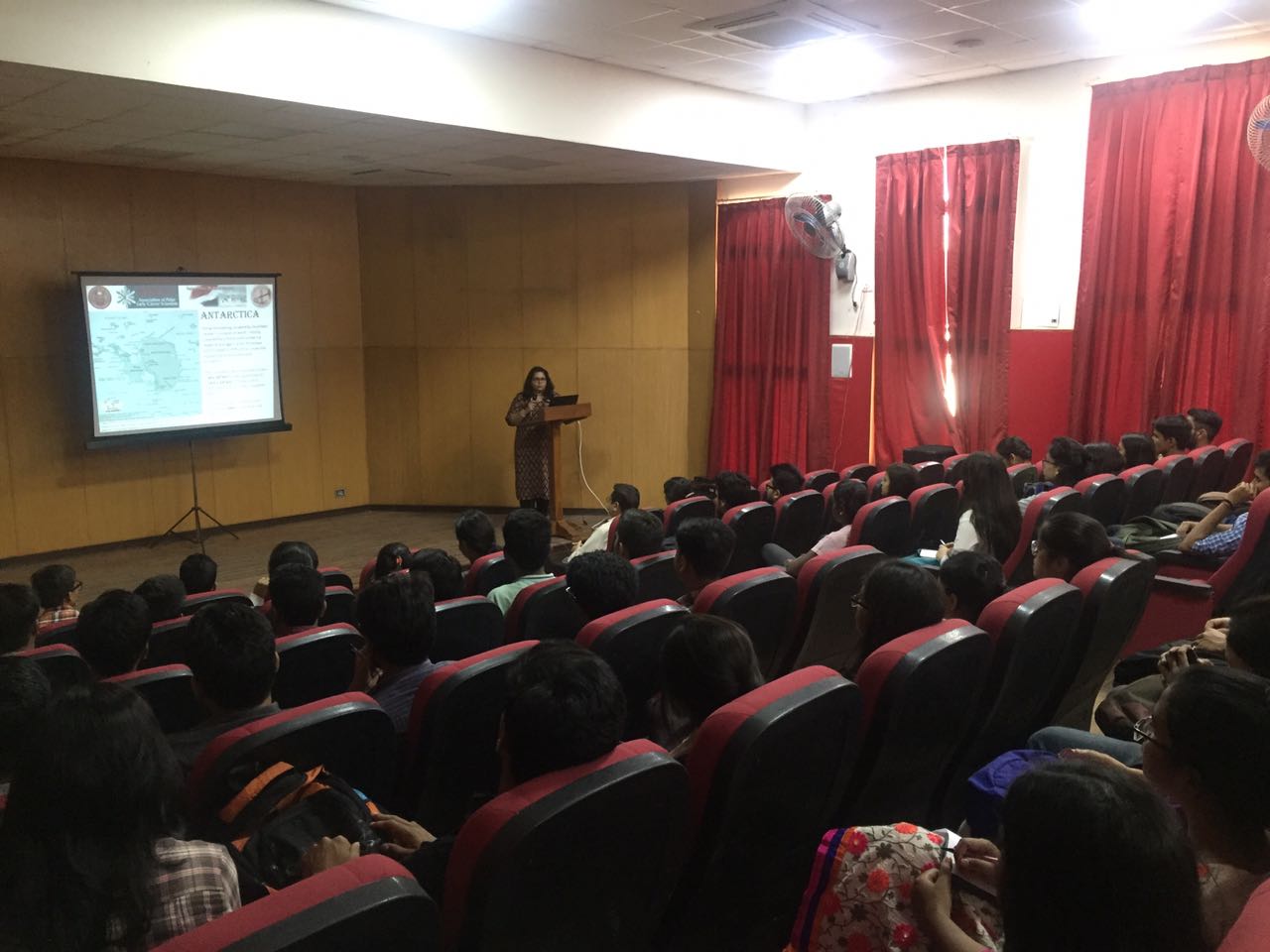 Indian Polar Research Network (IPRN) (APECS India) in collaboration with Department of Geology, University of Delhi organised a talk titled “What lies beneath the ice - Role of Geologists in Antarctic Sciences” on 24th March 2017 in Ram Lal Anand College, University of Delhi. This event was to mark the International Polar Week Spring 2017 celebration and followed this year’s theme of Polar week - People of the Poles: Human Use and Appreciation of Earth’s Polar Regions. The event was organised to introduce and popularize Antarctic sciences to the undergraduate geology students of Delhi University. 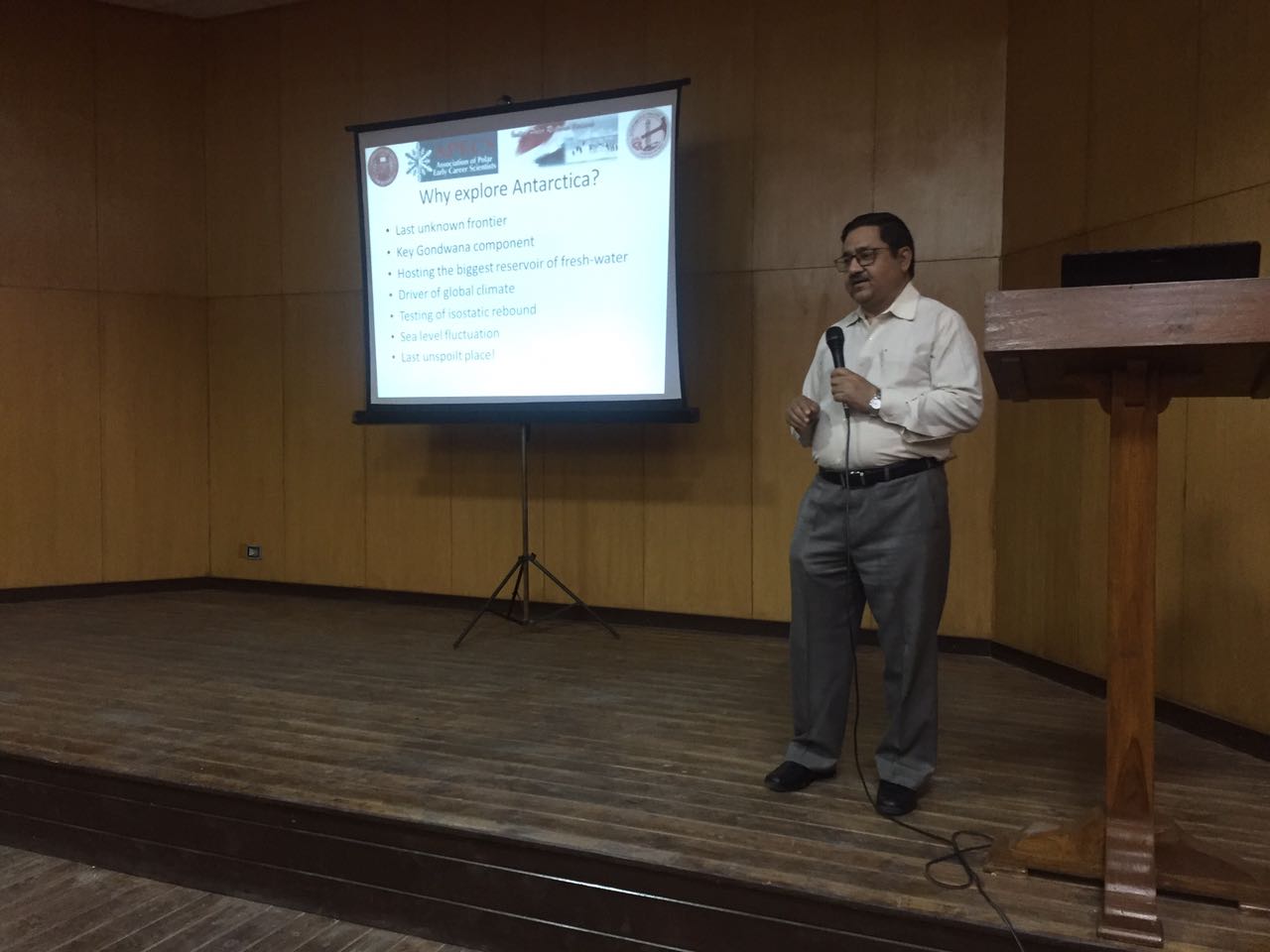 The event commenced with an introduction of Association of Polar Early Career Scientists (APECS) and its national committee Indian Polar Research Network (IPRN) to the audience. I explained the significant findings about the melting of Antarctic ice sheet and subsequent predictions of sea level rise emphasizing the role Antarctica plays in regulating the global climate and oceanographic system. Prof. Naresh Pant, who has been working in Antarctic Geosciences from last 30 years, briefed the audience about the recently identified research priorities for Antarctic Earth Sciences. The introductory session brought out the key reasons for conserving and exploring Antarctica to the audience and initiated a dialogue. 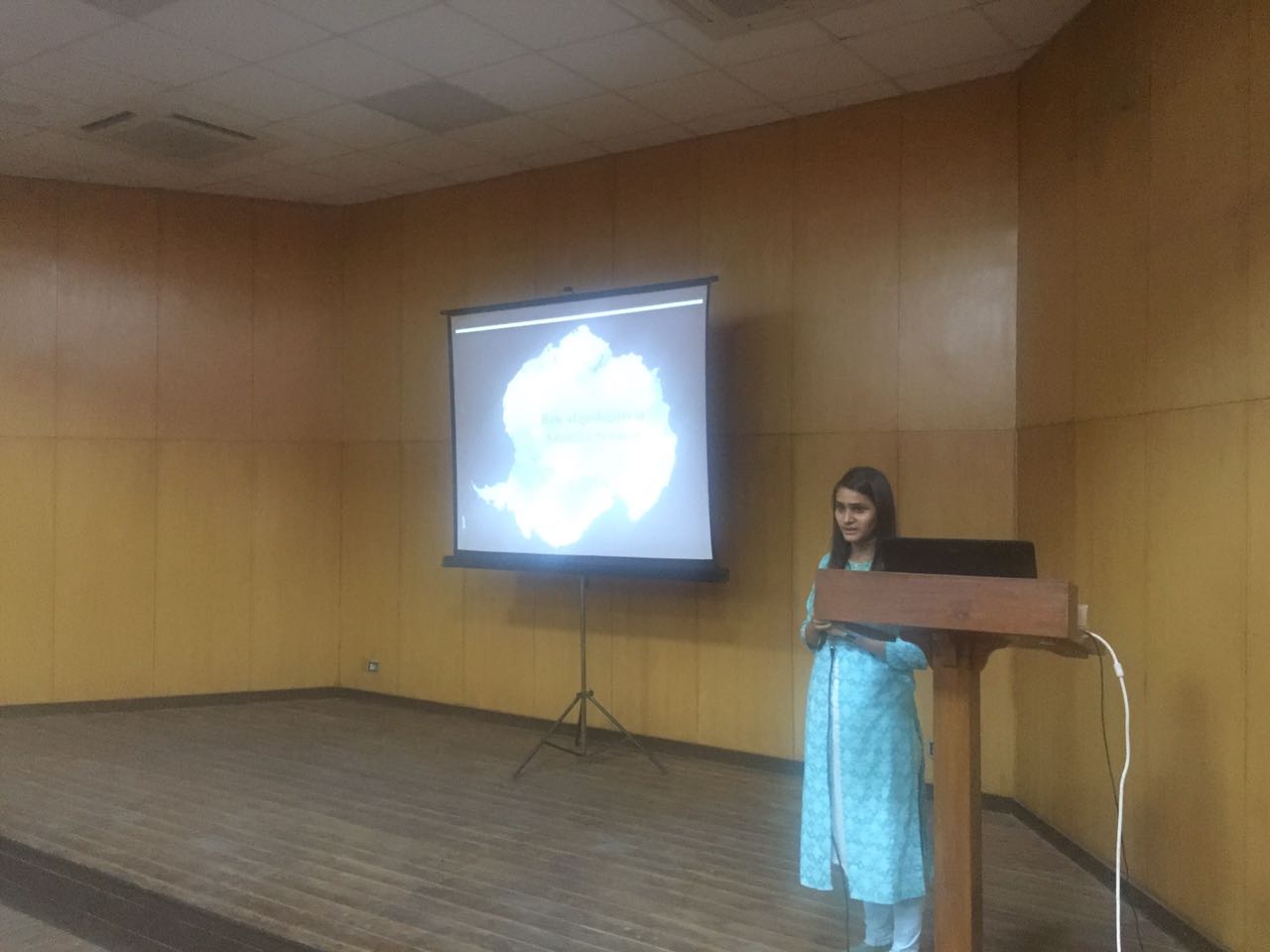 The third component of the talk was to highlight the fields and disciplines through which geologists contribute to Antarctic Sciences. This was described by Ms. Mayuri Pandey who is a research scholar at Department of geology, University of Delhi and also an IPRN member. She has recently submitted her PhD in Antarctic sciences and has been a part of 36th Indian Expedition to Antarctica. Her work includes provenance studies of the Wilkes Land through IODP (U1359) sediments, paleoclimate studies through clay minerals and interpreting sub ice geology through different methods. She aptly explained different areas of geology in polar sciences that are: Glaciology, Climatology, marine sediments study and interpreting sub ice geology through indirect methods like geophysics and remote sensing with a glimpse of her research work as well. Study of micro-meteorites found in marginal marine sediments was also explained by her.

I concluded the talk with details of Indian Antarctic programme and the procedure to participate in it through the student participation scheme of National Centre for Antarctic & Ocean Research (ESSO-NCAOR), an Earth System Science Organisation under the Ministry of Earth Sciences (MoES) - Government of India. Career opportunities in polar geosciences and the various information portals like APECS Jobs portal were also highlighted for students interested in polar research. The talk was attended by about 80 students along with the faculties of the University of Delhi. The feedback by the young students was highly encouraging and we plan to organise similar kind of event regarding Arctic sciences as well.