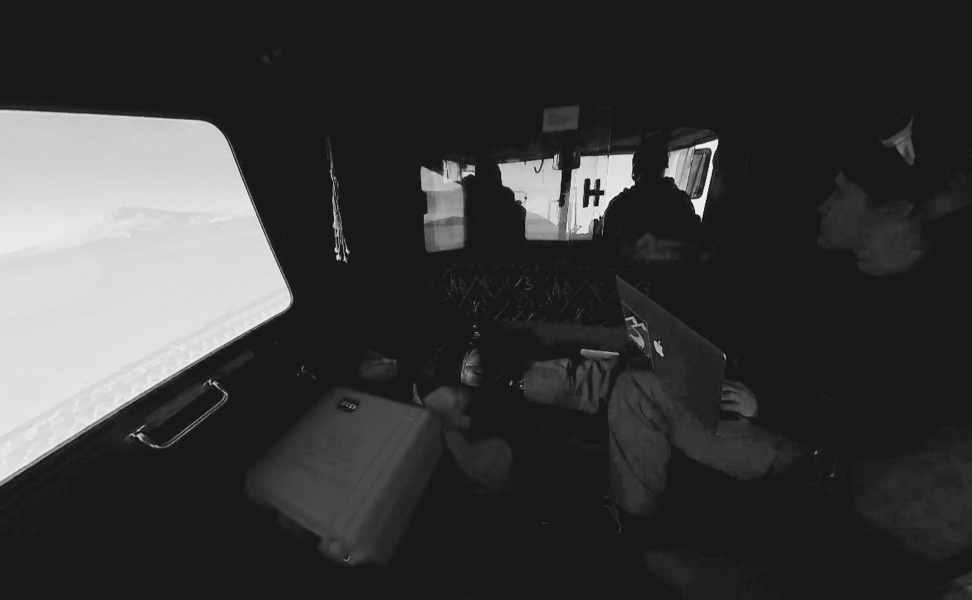 Blogging from the back of a pistenbully. Mount Erebus can be seen through the left-hand window.

I am a doctoral student of glaciology at the University of Maine and my main research project focuses on ice shelf break up processes in Antarctica. As of six years ago I never would have imagined that I’d be traveling the world to study glaciers. I grew up in Georgia, studied physics in college, and it wasn’t until my final year in undergraduate studies that I was exposed to glaciology and discovered the world of academic research.

This past October I blogged from the field and participated in the Follow a Researcher® program. Both of these attempts to share my research were fueled by the simple fact that I feel incredibly lucky to be in the field of glaciology, a field upon which I stumbled by accident. Through these outreach efforts I shared my experiences as an early career scientist in the hopes of reaching younger students who might have never thought to explore STEM related fields, as well as others interested in following the scientific process as it unfolds. In this blog I will briefly highlight my experiences working with Follow a Researcher® (FAR), an outreach program that allows K-12 students and teachers connect and interact with scientists in the field.

My fieldwork focuses on the McMurdo Shear Zone, an area of intense crevassing between the Ross Ice shelf and the neighboring McMurdo Ice Shelf. During October and November of last year I joined a team of scientists from the University of Maine and Dartmouth to study this remote Antarctic region. My research aimed to monitor crevassing within the shear zone using a combination of GPS and ground penetrating radar (GPR) surveys. Before I set out on my expedition, I worked with the FAR team to create educational videos that would be shown to students following my research around the state of Maine each week that I was in the field. We created five videos to be released on a weekly basis during my expedition, with each highlighting a step in the scientific process. Video topics included: gathering background information, asking questions and identifying problems, deciding what data to collect, planning a field expedition, and processing data and using models.

Each week that I was in the field, FAR would host a live twitter session where students could ask me questions while I was working on the science they had been following in the Antarctic. Using a DeLorme InReach, a satellite-based texting device, I could answer their inquiries in real time. Of course, due to the 18hr time difference between the eastern US coast and Antarctica, a reasonable time for students to ask questions meant answering questions at 6am Antarctic time for me! Consequently, I live-tweeted from the depths of my toasty sleeping bag. Questions typically aligned with the video of the week, but occasionally I’d get creative questions such as “Does the moon look upside down from the southern hemisphere?”, “How can you breathe in Antarctica if there are no trees?”, and “Are there rare Pokémon you can collect in Antarctica?”. 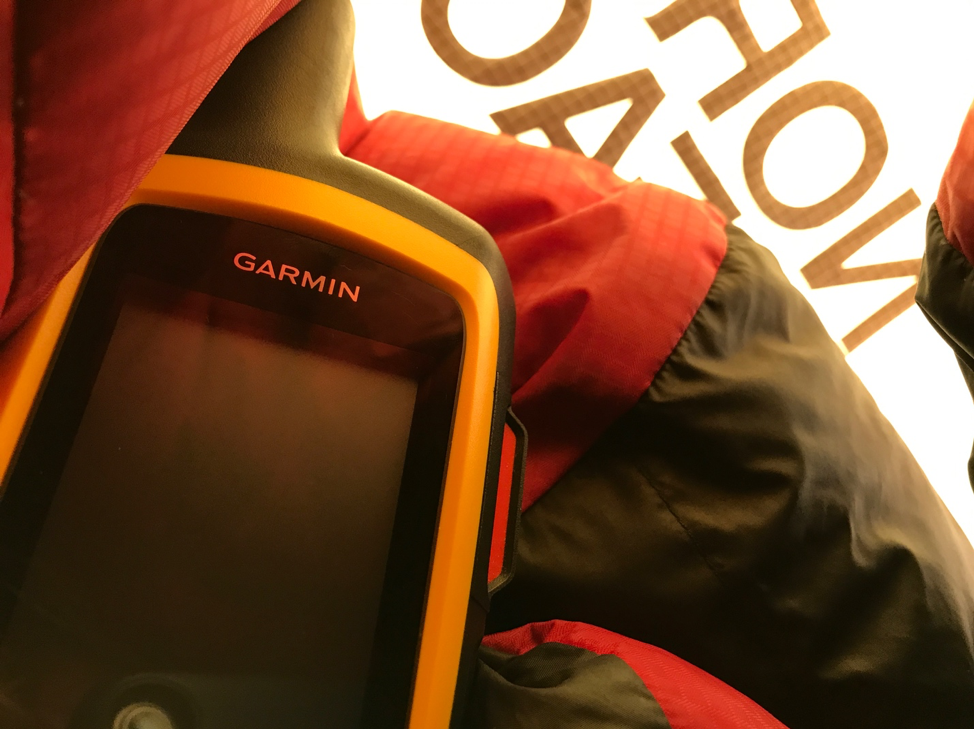 Photo of DeLorme InReach device from inside my sleeping bag.

I also had the opportunity to play around with another neat gadget that made communication efforts more interesting this season: a 360-degree video camera. This was the first time that the camera was taken into the field, and I had fun experimenting with places to mount the camera so as to display the Antarctic environment from various unique perspectives. My favorite place on which to mount it ended up being on the front of my snowmobile as I was moving between field sites. At the end of the field season, I used the collection of 360-degree footage to put together a video recap of my expedition for the students who had been following along on the adventure, which you can find here: https://www.youtube.com/watch?v=g-ZLyCtHQaA

After I returned to Maine from fieldwork, I visited a group of fourth graders that followed my field journey at one of local schools near the University of Maine. It was incredibly rewarding to interact with some of the students who followed my field expedition in person and see their excitement about research in Antarctica. During my visit I shared my final video, answered more questions and guided a few interactive educational activities with fellow glaciology student Mariama Dryak. We hosted cold weather layering exercises, 3D video tours of my field site in Antarctica, and had the students physically create of ‘model’ of the debuttressing effect that occurs when ice shelves are lost in front of glaciers.

The educational videos and exercises I put together through FAR from this season are still available online here, and FAR is currently gearing up for their new season to begin April 23rd and follow Tyler Van Kirk and his graduate work along the Maine coast. I’m incredibly thankful to the hard workers at FAR for allowing me to participate in this past year’s program. While this program is unique to UMaine, I have learned several techniques through my engagement that are transferrable to others interested in communicating science from the field. The most valuable advice I can give is to have a fellow science communicator as a point of contact who is not in the field. Whether its formatting blog posts, setting up Skype interviews, or double checking your time zone conversion, having a point of contact who’s connected to the internet will help tremendously. And of course, being someone else’s contact gives you a chance to continue engaging in outreach when you’re in between adventures.