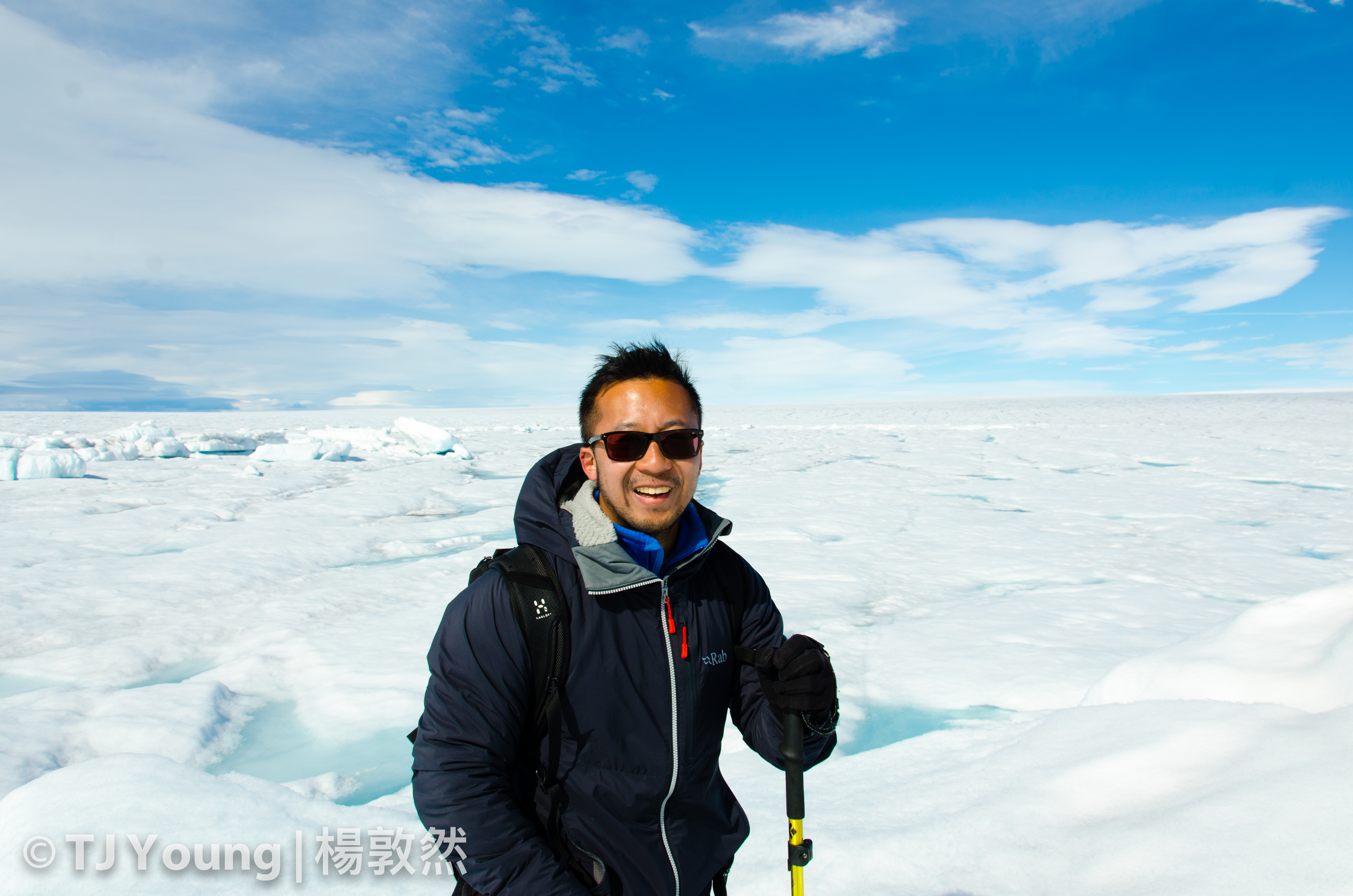 Beginning with research on the foraging ecology and population dynamics of endangered seals and whales as an undergraduate at the Duke University Marine Lab, TJ Young developed a great interest in the polar landscape. During his time studying whales in the Western Antarctic Peninsula, TJ first joined APECS. Following his undergraduate work, he moved to the University of Cambridge’s Scott Polar Research Institute to complete his PhD work using a combination of radar and hot-water drilling techniques to monitor and constrain past and present changes in glacier dynamics. This methodology also gave insight into the processes occurring beneath the ice surface that induced such changes. Now that he is finished with his graduate work, he has been conscripted to complete a year of mandatory national service in his home country, Taiwan. Following his year of service, he hopes to return to a career conducting glaciological research.

One of his favorite projects was working on the Antarctica Day Flags campaign,

“Perhaps the most enjoyable and rewarding activity that I have been involved in was coordinating the Antarctica Day Flags Campaign on behalf of UKPN. For the project, we invite schools from all over the world to send in their renditions for a flag that represents the Antarctic Continent. These flags then get paired up with researchers and staff travelling south, and therefore make the journey to Antarctica as part of various expeditions! If you know any teachers that would want to be part of this exciting opportunity, please spread the good word, along with our website that gives more information: http://polarnetwork.org/education-and-outreach/antarctica-day/”

Though it requires time management, APECS has served TJ as a great source of opportunity and growth,

“The pace at which APECS functions is so fast that you are continually exposed to new ideas and collaborations that ultimately filter down in amazing opportunities. For example, the variety of activities that I have been involved in while representing UKPN and APECS have spanned from running booths at science festivals to attending national and international policymaking committee meetings all over the world. Being on the leadership board of these two amazing organisations continually presented unexpected, and oftentimes amazing opportunities that, while keeping you extremely busy, exposes you to the entirety of polar research, whether that be research, policy and governance, project management, funding agencies, and other sectors. “