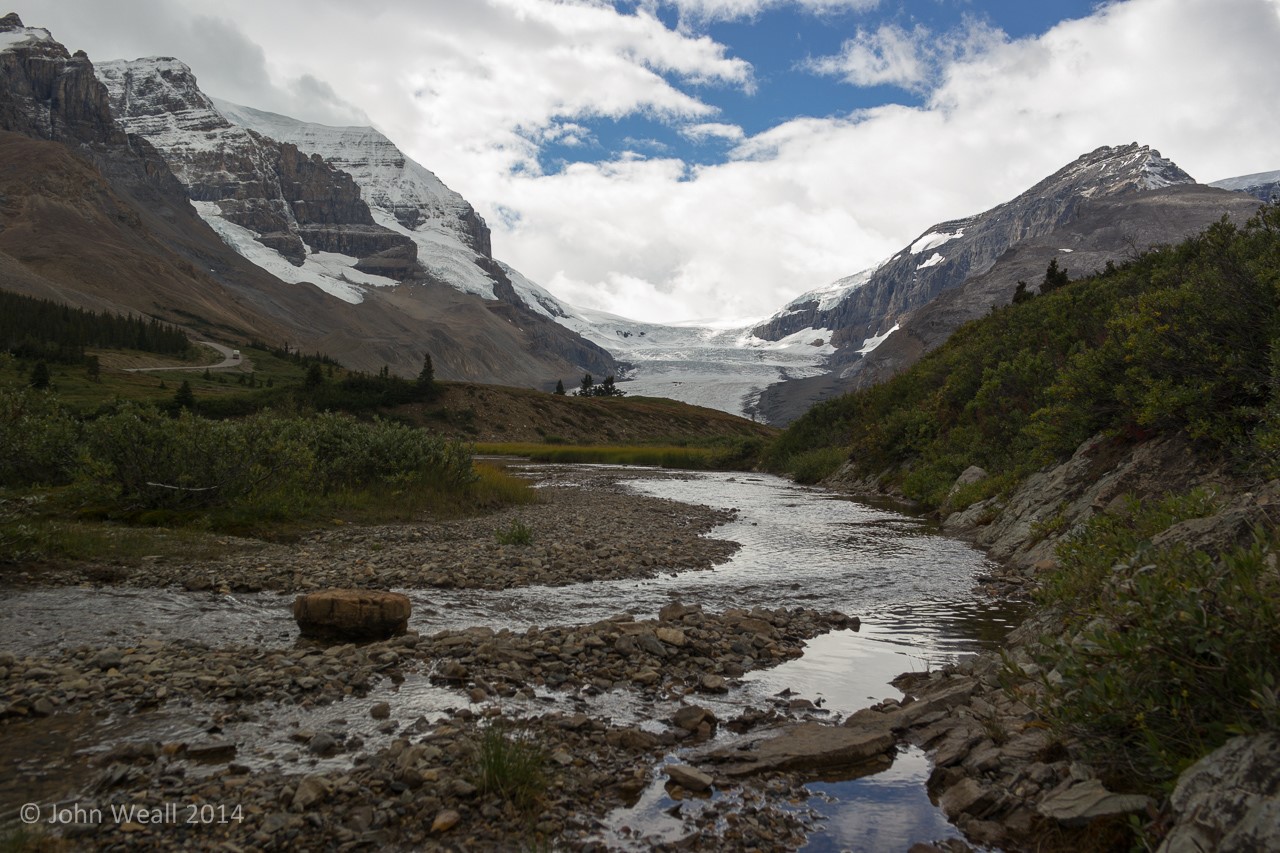 My next adventure takes me to the Columbia Icefield – situated in the Canadian Rockies. The Columbia Icefield is a 'hydrographic apex', which means it is the meeting point of three continent wide watersheds. Its six major glaciers release melt water to three different oceans - reaching the Arctic, Pacific, and the Atlantic Oceans, and it significantly contributes to the fresh water supply of Canada and North America. Most glaciers here are remote and not easily accessible except by helicopter, but some are close to roads or established hiking trails. Notable among these are Athabasca and Saskatchewan glaciers in the Alberta Rocky Mountains.

Myself and two students (Mark Robbins and Anna Clinger) from the University of Michigan Glaciochemistry and Isotope Geochemistry Laboratory are here for three months (August to November) studying the melt water outflow from the Athabasca and Saskatchewan glaciers. We arrived here after the summer 'peak melt' to study the effect of the onset of winter freezing on the chemical composition, as well as the discharge and volume of water released from these glaciers, in particular that of the subglacial discharge. 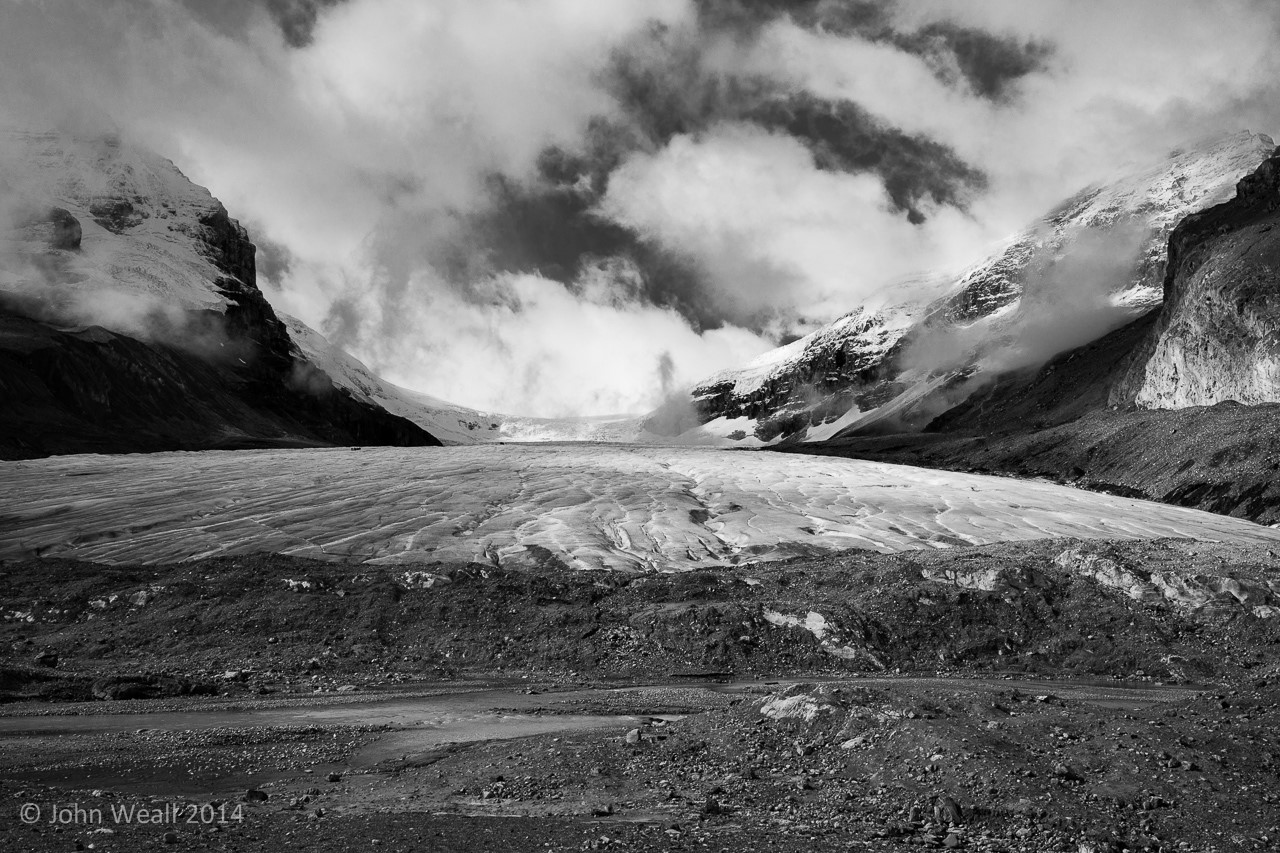 The subglacial environment is the small area that exists between the base of the glacial ice and the bedrock it rests on. In this small area melt water and ice interact with, and break down (i.e. physically and chemically weather) the bedrock releasing and transporting elements, nutrients and sediments out of the subglacial environment into downstream environments. Glacially fed streams have unique biological, chemical, and physical traits, which are carried out and passed on to downstream aquatic systems, including the ocean. These processes can have a significant impact on global biological and chemical cycles; understanding how glacier runoff interacts with downstream environments is critical for predicting the ecological effects of glacier change from the Columbia Icefield. Investigation of subglacial hydrology forms an important branch of glaciology as (a) this water exerts a strong influence on the motion and speed of ice masses through ice-water-rock interactions; (b) represents both a resource and hazard due to the release of chemicals on short and long term time scales, delivering nutrients and contaminants to terrestrial and aquatic environments, and (c) water may be stored for long periods in isolated subglacial lakes, allowing distinctive microbiological forms to evolve which are then released downstream; despite the wealth of information about chemical records in snow and ice, little information exists on the microorganisms. 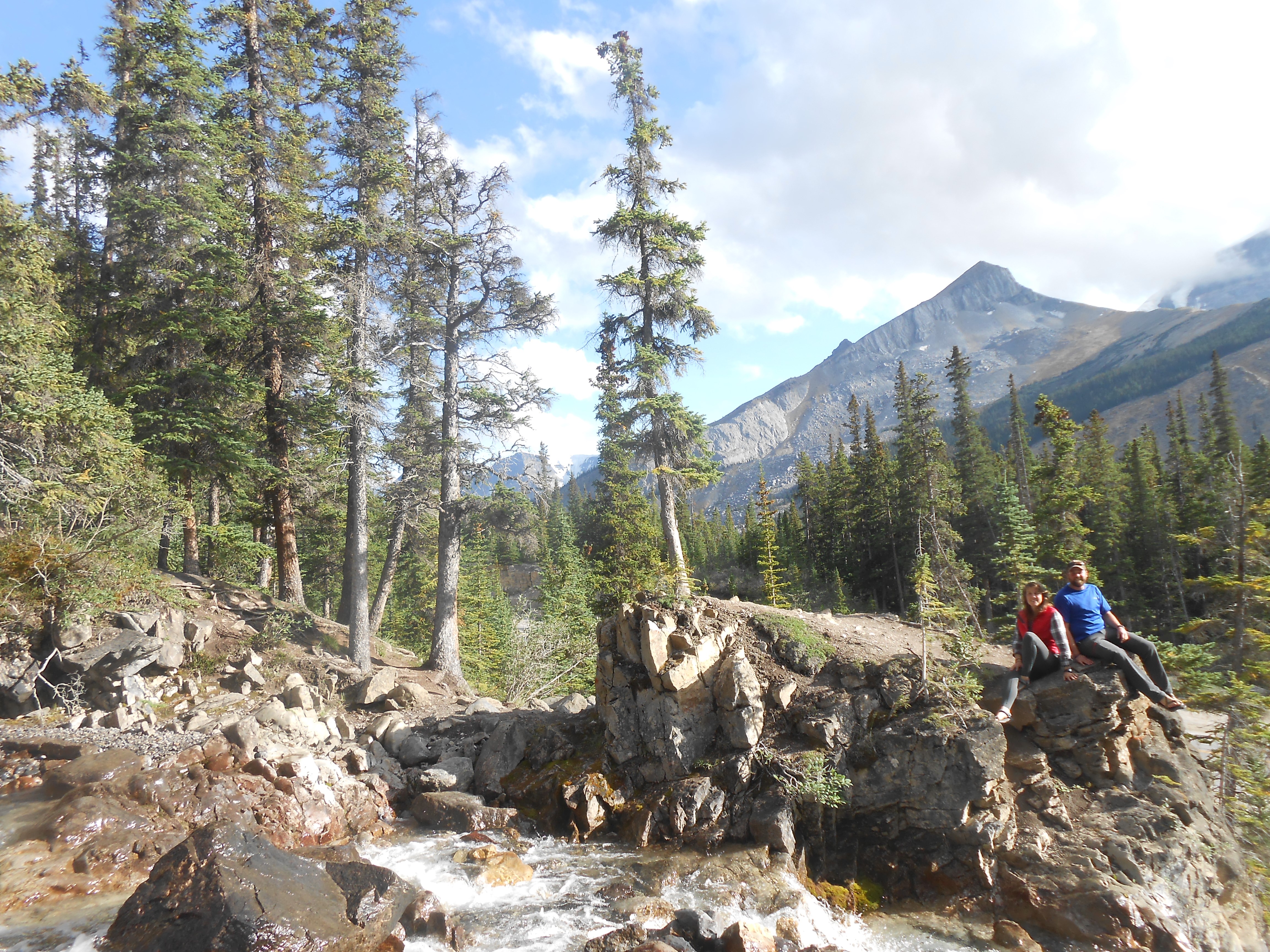 As temperatures drop from summer into autumn and winter the amount of melt water generated at the surface of the glacier decreases and with the onset of freezing, the surface (supra glacial), inner glacier (englacial) and sub (base) channels which carry melt water through the glacier to the toe begin to freeze and contract. The effect of the hydrologic network closing at the end of the melt season is an aspect of glacial hydrology and chemistry that is currently insufficiently addressed. The timing of water delivery from glaciers is uncertain as climate change will fundamentally alter glacial recession rates and melting. For example, glacier recession in western Canada has led to changes in melt water pulses in the late summer with negative consequences for populated downstream environments, such as the arid Canadian Prairies, that are now subject to an impending water crisis. In particular, the Athabasca Glacier retreated only about 200 m between 1844 and 1906 but receded over 1 km during the next 75 years and lost nearly half its volume. 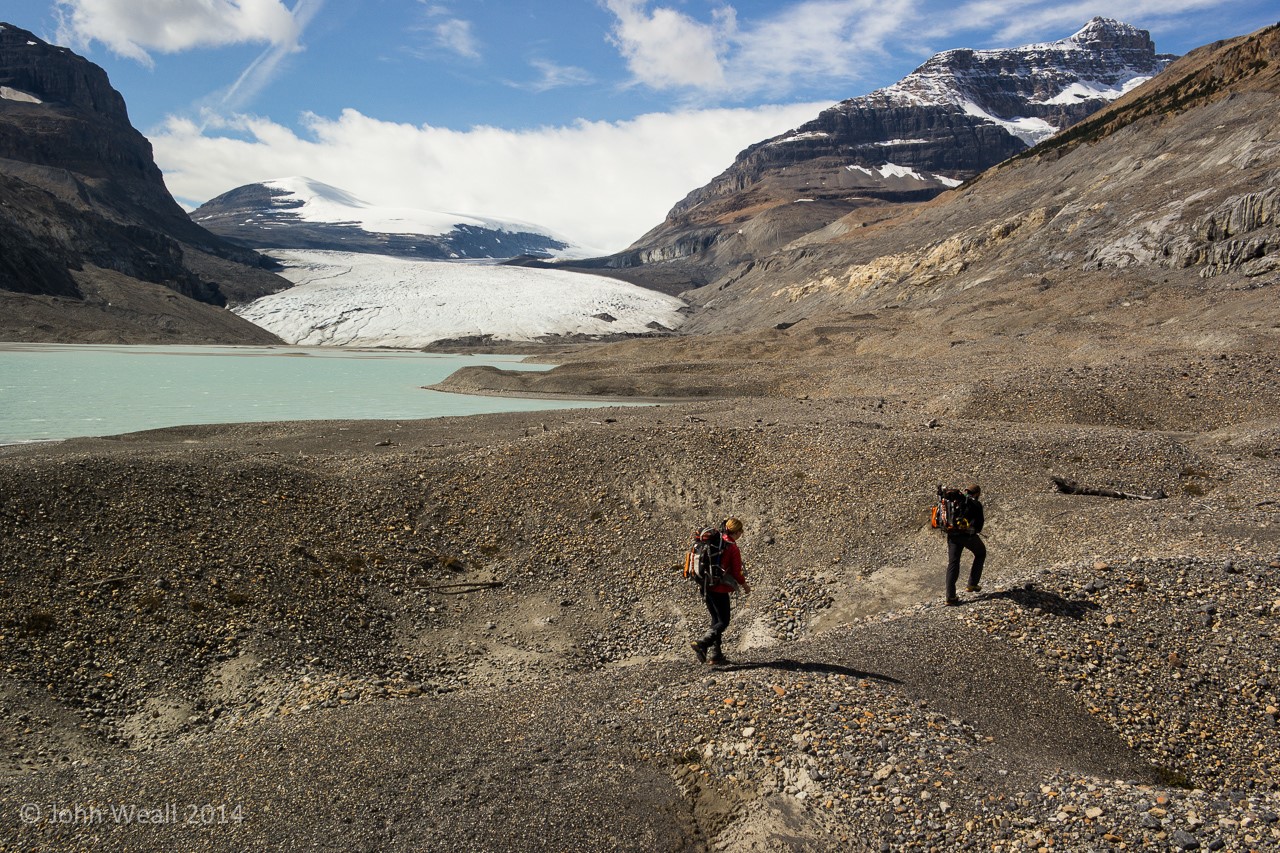 It is implicit that we monitor and analyse the chemical and nutrient compositions of these vitally important headwaters of the Columbia Icefield. Over the next few months I intend to keep you updated with the exciting dynamic visual and chemical changes we are observing as we head into full on winter conditions and our daily sampling routine.