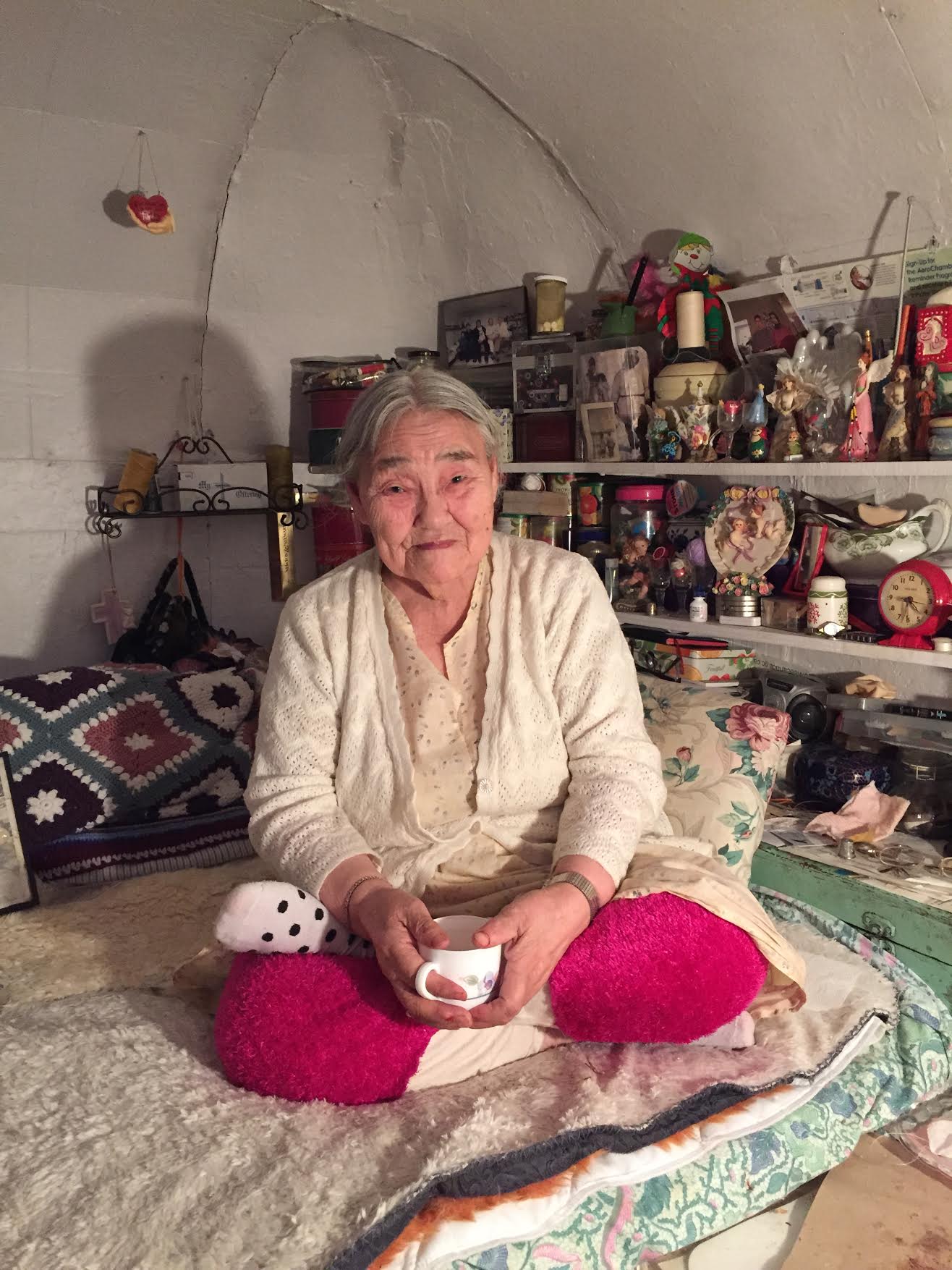 My research integrates Inuit traditional knowledge and genetic techniques to develop novel techniques in monitoring polar bears. This work includes documenting Inuit methods of identifying polar bear population characteristics such as sex, age, body size, and health of individual bears. This work also involves genetic methods of measuring telomeres—protective sequences at the ends of DNA that shorten with cell division—as an indicator of ageing in polar bear tissues collected by Inuit hunters during harvests. In this manner, partnerships with Inuit communities are critical for my research.

Last spring, in March and April 2014, I visited Arctic Bay, Arviat, and Kimmirut communities to initiate interviews with elders and hunters. This meant 56 cups of tea and over 300 hours shared over stories about hunting experiences, methods of identifying and distinguishing polar bears, and perspectives on research and monitoring programs. This February, I re-visited each community to re-cap my findings and seek insight for new directions in my work. I learned that despite my research plan, there are unanticipated themes and priorities that emerge upon arrival in each community and that the wisdom and expertise elders can share with me—within and outside of the context of my research—offer unique ways to acquire knowledge and interact with the world. 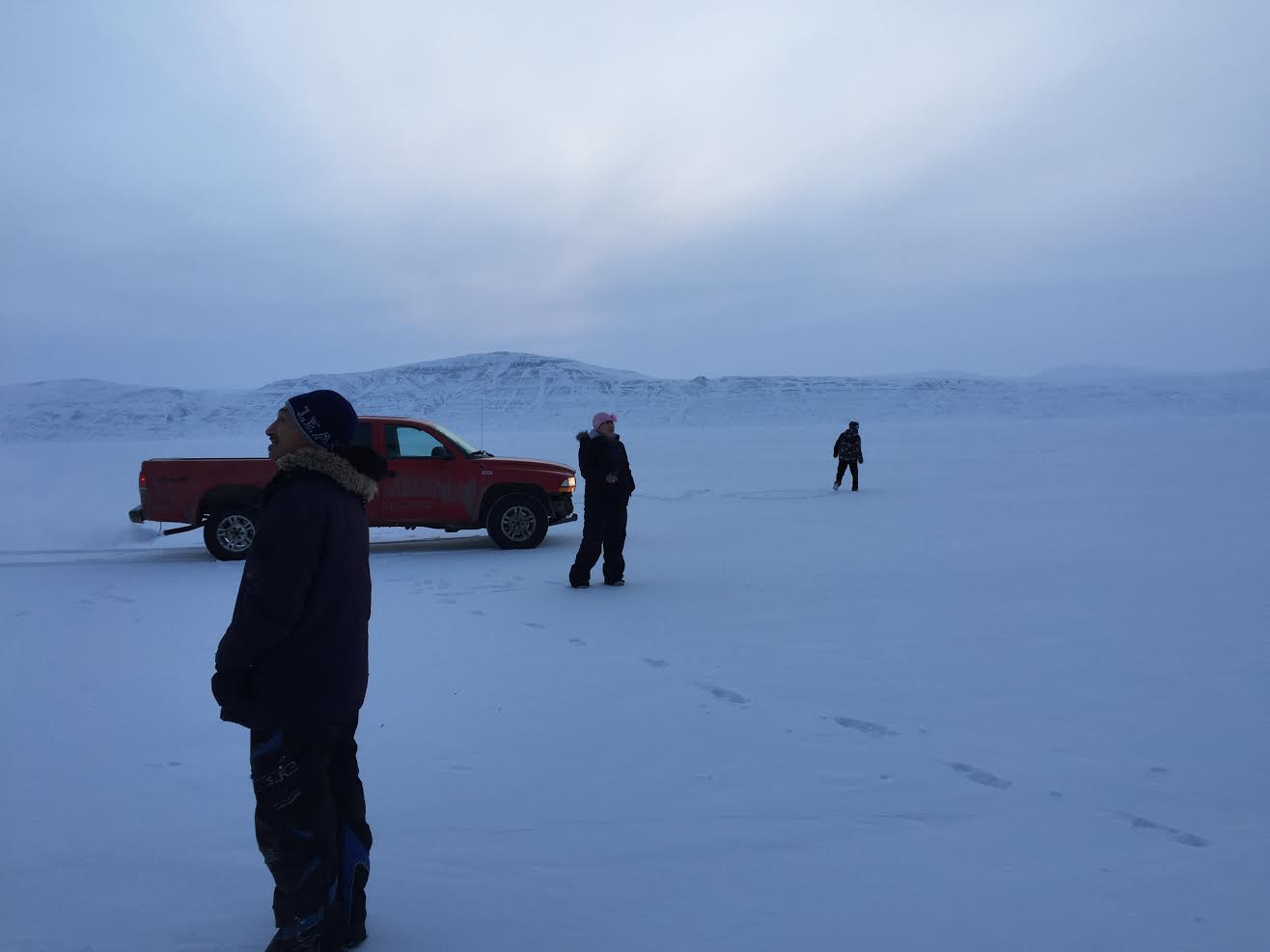 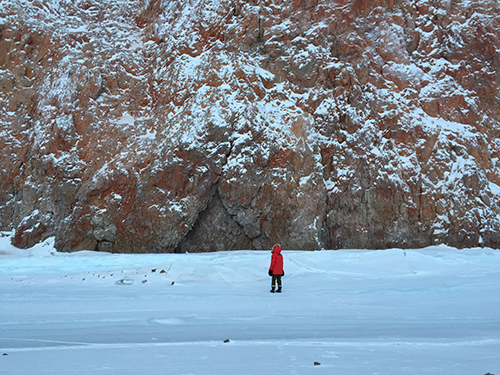 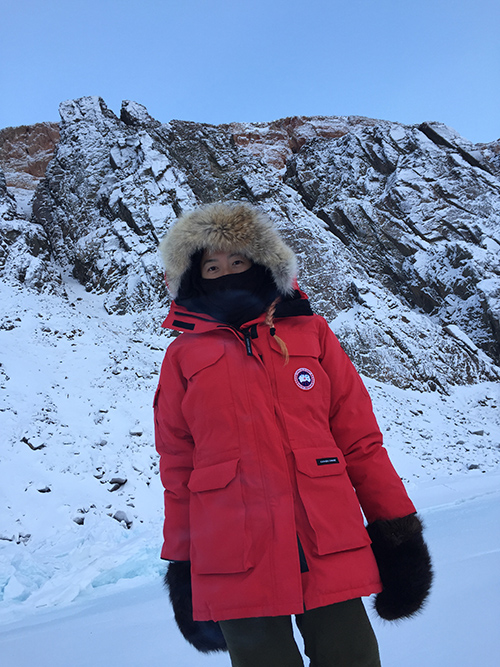 For one, community members stressed the importance of learning by experience. It was important to spend time on the land to understand the information and knowledge that the elders share. I have camped out on the land in M’Clintock Channel in the past which tends to be quite flat and, during foggy weather conditions bears a striking resemblance to the scene from the Matrix where Morpheus introduces Neo to the Matrix in the “loading stockroom”—a room of infinite emptiness against a backdrop of perpetual white with an indistinguishable horizon. Appropriately, these weather conditions are called “white outs”. However (and to return from my nerdy detour), Baffin Island is blessed with a sprinkle of mountains, which paints an entirely different picture. This became clear to me when local community members took me out in their trucks to point out key hunting areas and stories about the land that differed across communities: 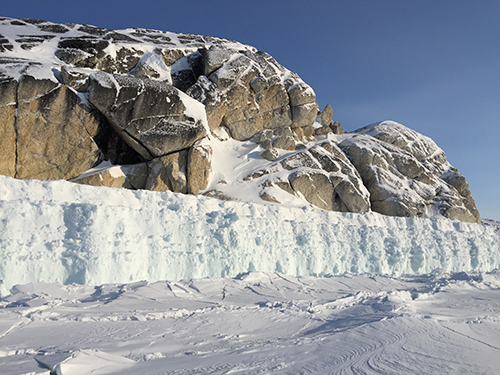 Arctic Bay “Ikiaparjuk” means “pocket’, because it is situated in an inlet. A local hunter showed me areas to find seal and, as one might expect, hunt side by side with polar bears.

Kimmirut, on the other hand, means “heel”, because it is situated across from a rock that resembles the bottom of one’s foot. Here, hunters are less interested in hunting polar bears but still participate in sample collection when the opportunity presents itself. 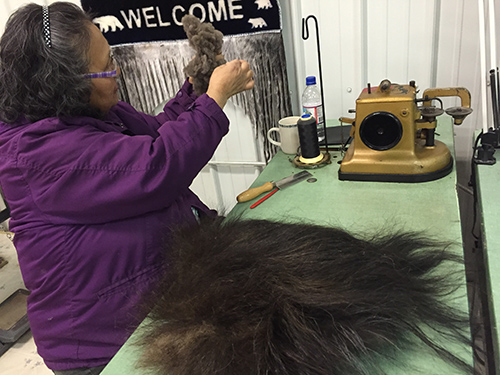 Arviat was named after bowhead whale, and was formerly referred to as Eskimo Point. This community experiences polar bears on a daily basis in the fall and avoiding potentially aggressive bears is an ongoing priority in the community. Unfortunately, my time in Arviat was dominated by a blizzard—40 to 60km/hr winds, zero visibility, and down to -56C temperature at times—which kept me in the north 5 days longer than I had originally planned for. On the positive side, this allowed more time to chat with community members about their polar bear experiences and gain some insight into new research directions. I also got to participate in a traditional feast run by a local group of women, and got a tour and brief history of the town with a local Inuit RCMP officer. This experience allowed me to practice adaptability in challenging, unpredictable environments. I am full of gratitude for what initially seemed like a “negative” turn in events. 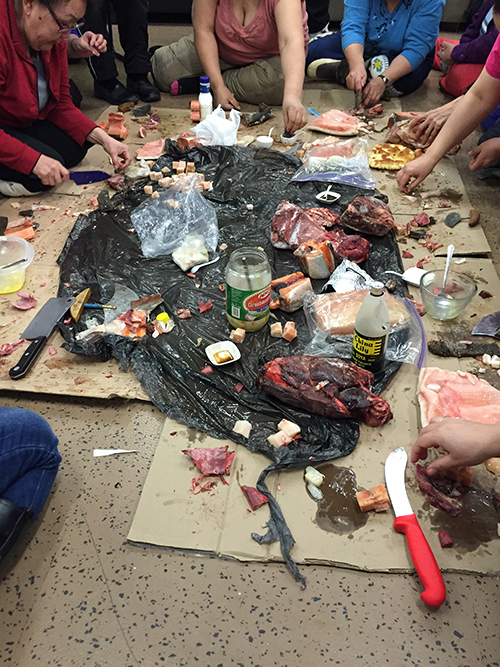 Some would argue that rapidly growing social media is not necessarily the best for our culture but with growing access to Facebook in the north, I am grateful for being able to keep in touch and in contact with my northern friends. I continue to learn and develop new research ideas through our interactions until my next visit. Stay tuned for more updates!