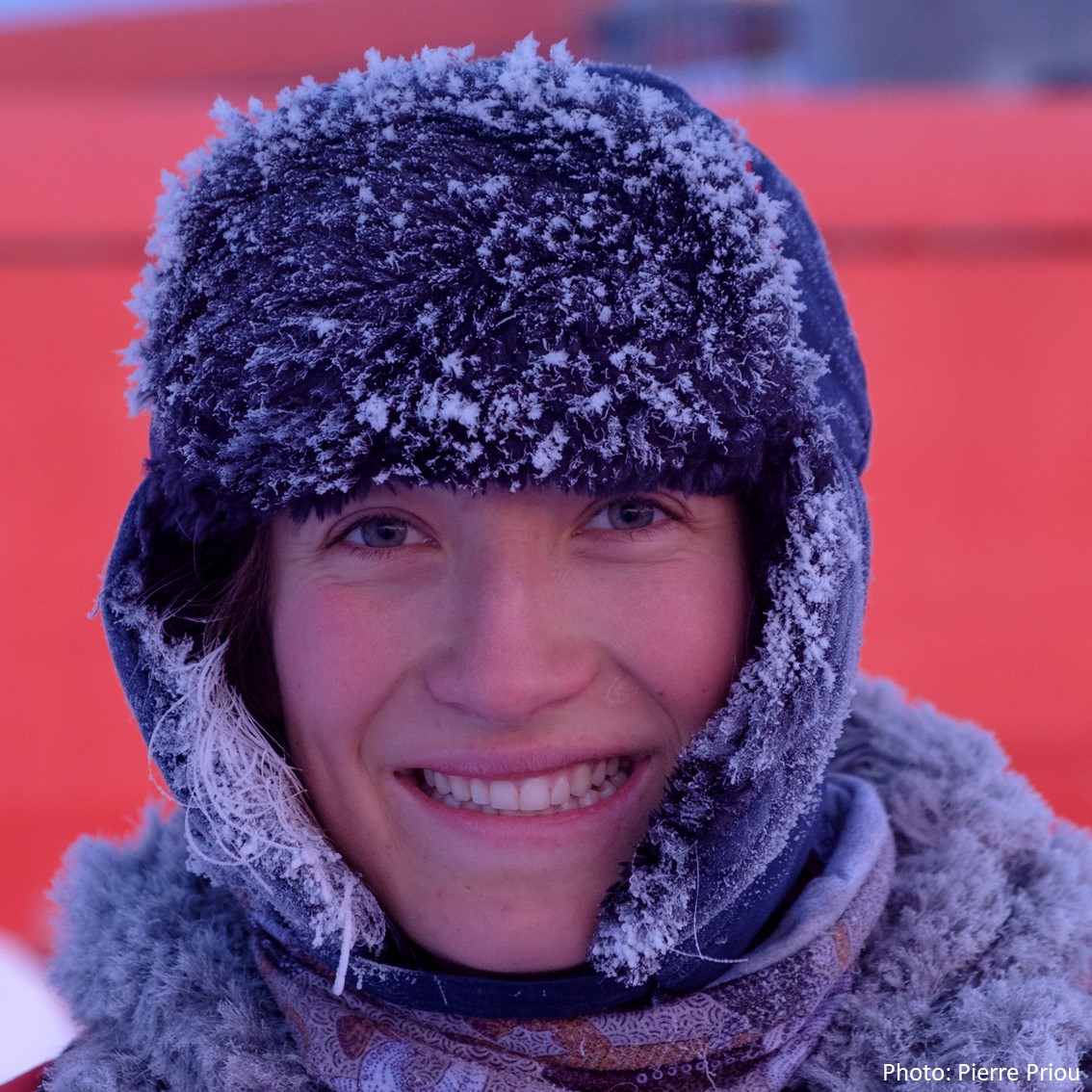 Anika Happe has developed two projects. The first project is an expedition video which summarizes the most beautiful and important moments of the journey. The other project includes talks at schools as well as a series of short Q&A videos about the Arctic, MOSAiC expedition and climate change.

During her time in the Arctic, Anika Happe has developed two projects that focus on different target groups. The first project is an expedition video, more specifically a chronological collection of videos that summarize the most beautiful and important moments of the journey and thus gives viewers a first impression and overview of working in the Arctic and living on a research vessel. The expedition video is freely accessible online on the APECS vimeo channel and has already been carried around the world by the fellow ambassadors.

The second project took place in cooperation with the "ZukunftWald" Foundation. During the preparation of the project, a painting competition was announced, which resulted in the template for the mascot. The mascot, Felix, travelled with Anika and many questions from pupils in his luggage to the Arctic where they produced short answer videos together. The videos were then used to create an Advent calendar which was published on the Foundation's website during December 2019. 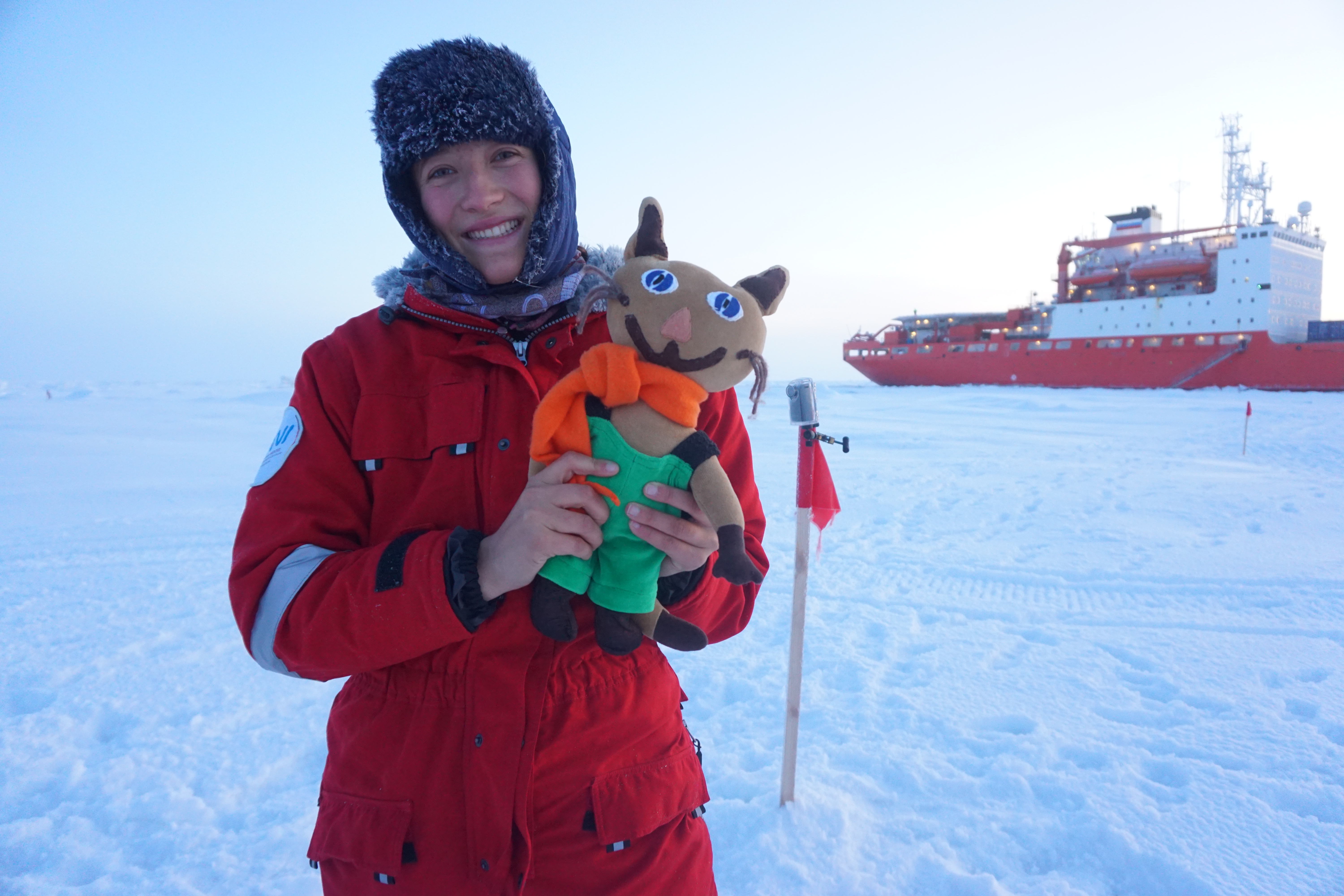 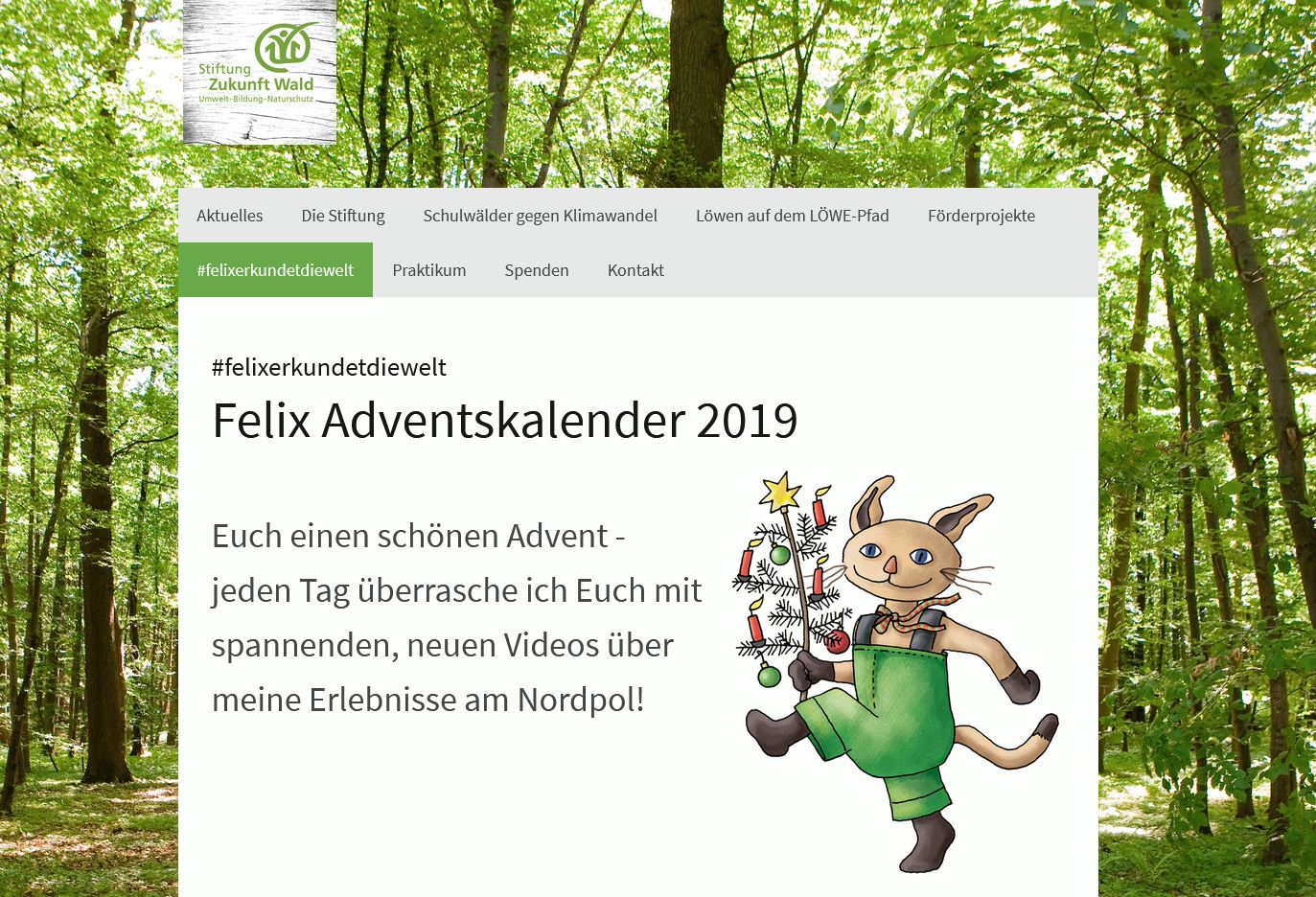 Anika and Felix on the sea ice (Photo by Carrie Harris) answering kids' questions which were highlighted daily in a christmas calendar on https://www.zukunftwald.de/felixerkundetdiewelt/

In January 2020 Anika carried both projects to some of the Foundation's partner schools and gave lectures on the Arctic, MOSAiC expedition and climate change. 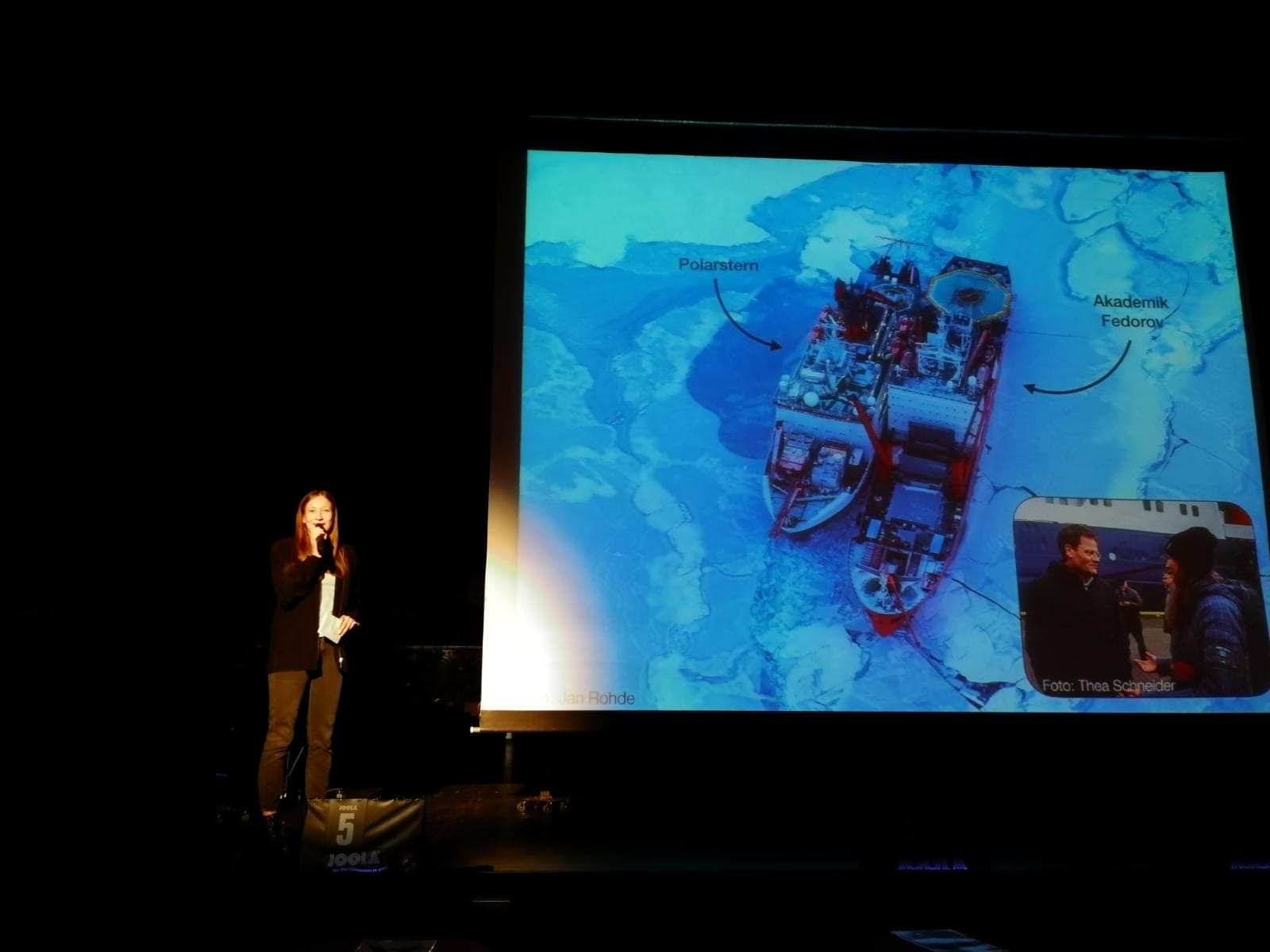 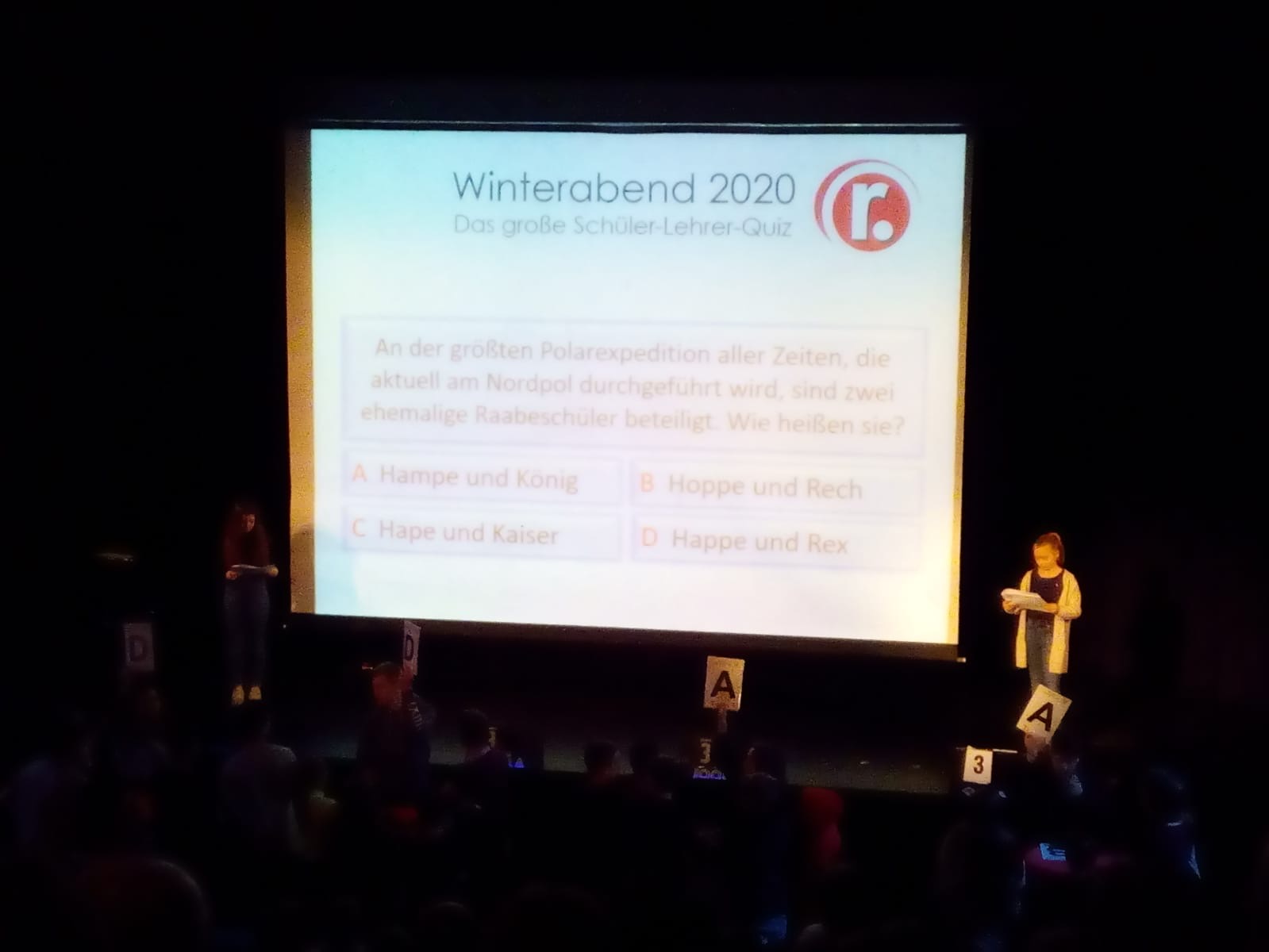 Anika presenting at the Raabeschule (Photos by Anika Happe and Harald Burgdorf).

Anika presenting at the Missionarsgynmnasium in Bad Bentheim (Photos by Franz Hüsing).

Anika's Ambassadors' activities raised quite some interest in the local media. Arcticles were published in the Graftschafter Nachrichten and the Braunschweiger Zeitung which actually published several articles on how Anika is getting prepared before the expedition (July 2019), when she starts the journey (September 2019) and impressions when she came back (October 2019).