Finally a floe for Polarstern to call home! After many ice surveys and discussions, it was decided to use a floe pinpointed a couple days before as the central floe to set up the MOSAiC site. Polarstern and Akademik Fedorov were moored together in order to exchange fuel, cargo and people before Polarstern proceeded to the selected floe. There, the Polarstern team began setting up the infrastructure – power lines, snowscooter tracks, planning the airplane runway and setting up the helicopter landing pad. Meanwhile, Akademik Fedorov proceeded to set up the Distributed Network – a series of scientific stations on floes all around the Polarstern. While all of this was going on, we had visitors: a very curious polar bear and her cub visited Polarstern. 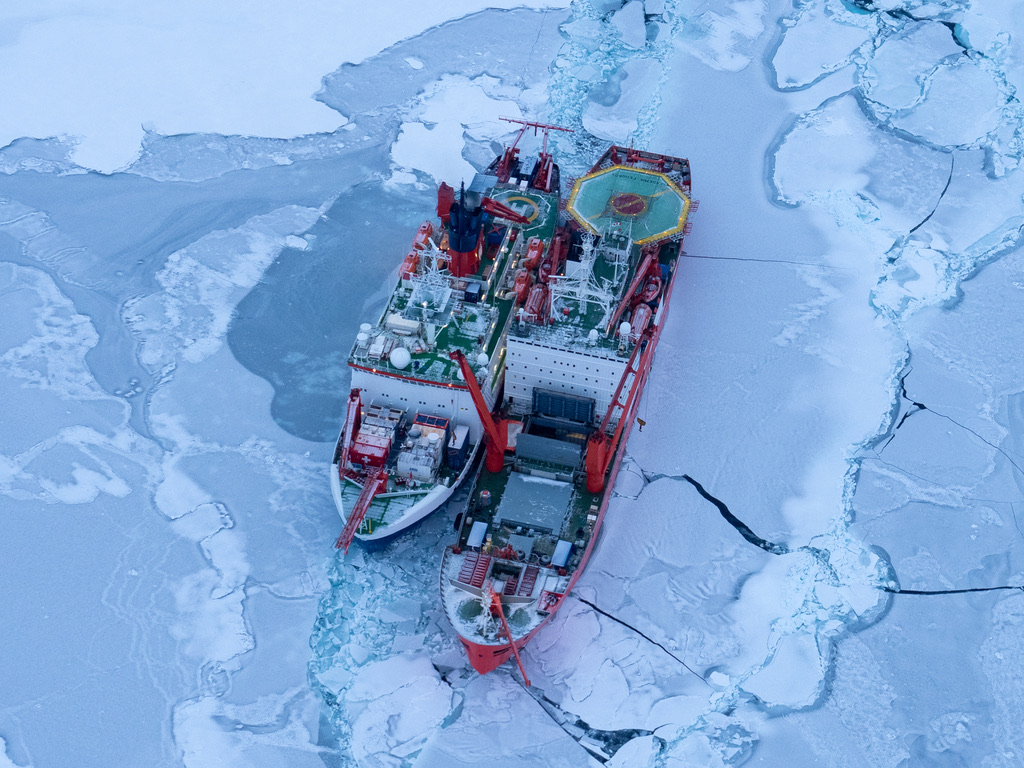 The ships were moored together in order to transfer fuel from Fedorov to Polarstern. This transfer was needed to provide Polarstern with enough power to operate over the coming months, as the next transfer would not occur until December (© Jan Rohde).