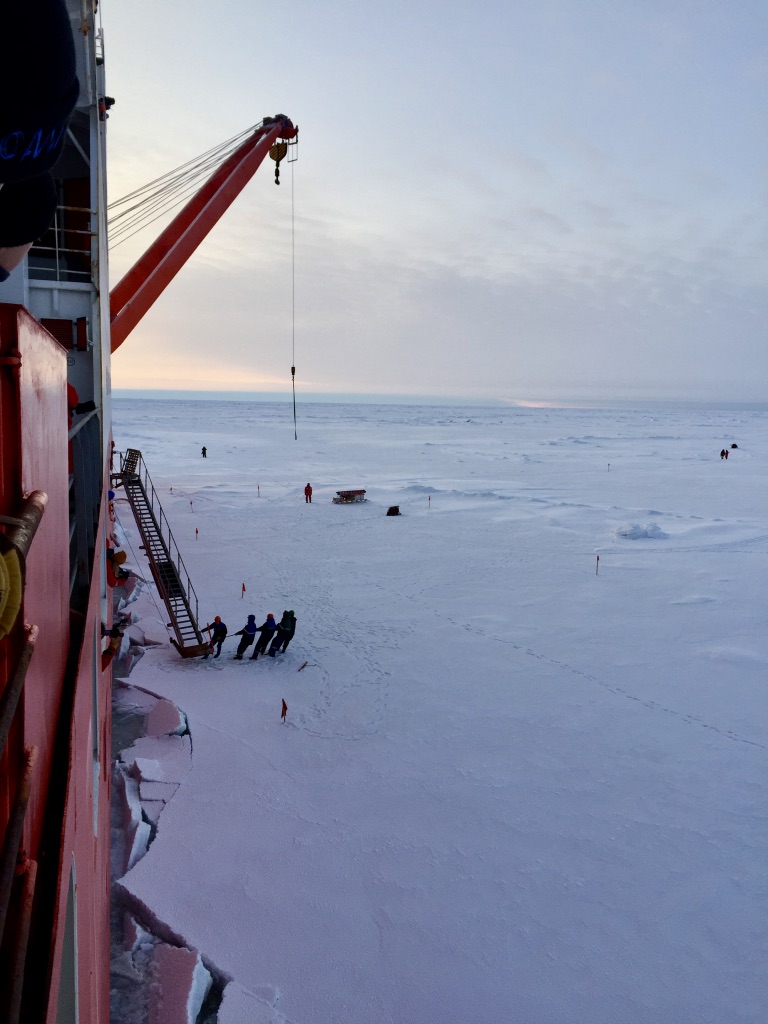 Work began on the first Distributed Network site, named L1. These sites are designed to take different physical measurements of the ice, currents, meteorological conditions and GPS coordinates. This first site took the longest to set up, which I’m told is often the case. There was a lot of equipment to coordinate and many things going on at once. There was also a lot of patience required as we had to wait for the go ahead, tools, equipment or help needed for each step. The first step was for AARI to do a survey of the ice floe to make sure it was safe and determine where instruments should be set up. The gangway (ladder) was lowered to access the ice, it’s heavy and took 5 Russian crew members to position on the ice! Then the equipment was lowered to the ice by crane and transported by snowscooter to the setup site. Once the equipment was delivered, work could begin. It was a long day; the last groups left the ice in the dark at 17:30 and the debriefing meeting wasn’t held until 20:00. 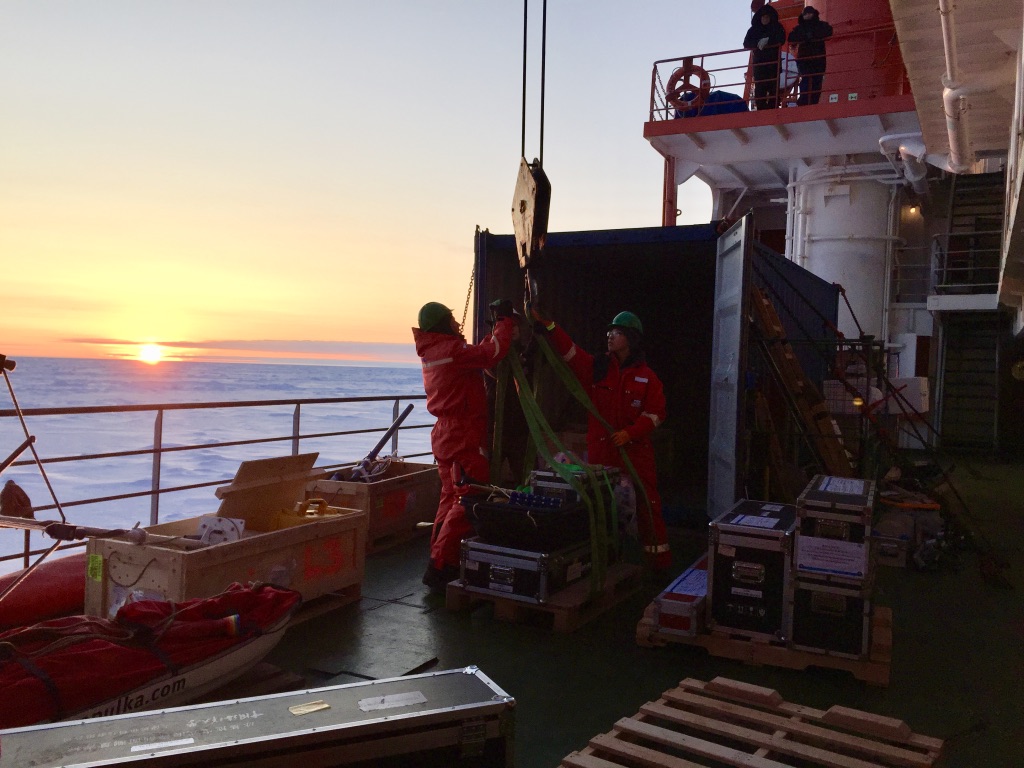 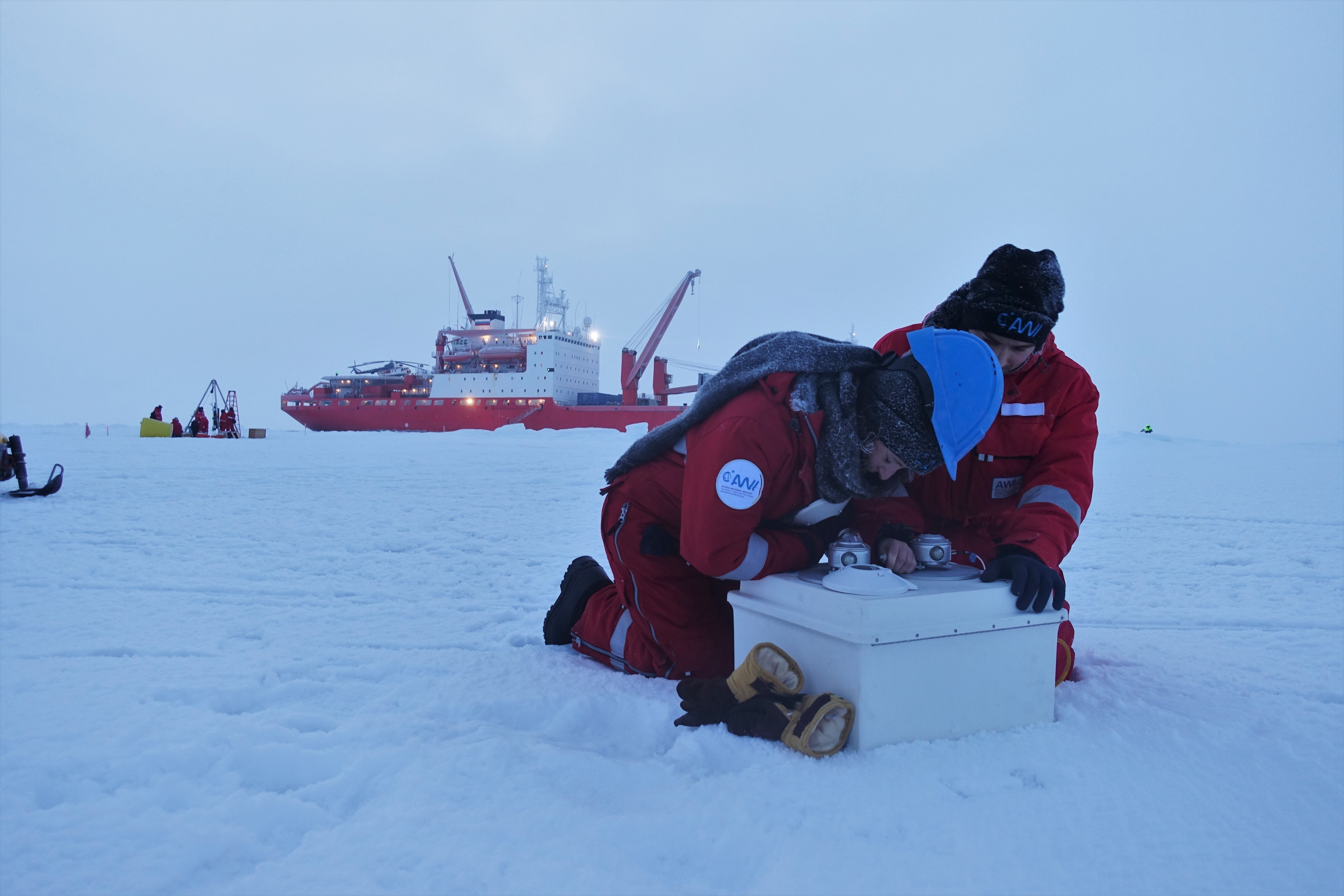 Loading items on to the ice with a crane and finally working on the ice (© Rosalie McKay, Mauro Hermann).