Work began on the third and final L site! There was only a half day of work as the ship had to travel to the floe in the morning. The ice was mapped and holes were drilled to place the equipment the next day. Ice cores were also taken, as they were at the previous L sites.

These ice cores were first sectioned in the lab, then melted, and different parameters will later be analysed, including salinity, biologic components and even sediment. The student team under the guidance of Michael Angelopoulos worked hard to get these samples prepped and the ice data ready for the cruise report.

The cruise report is an important document needed to catalogue deployment operations so that the data collected can later be used in scientific analysis. Anything that was deployed on the ice was included in this report. 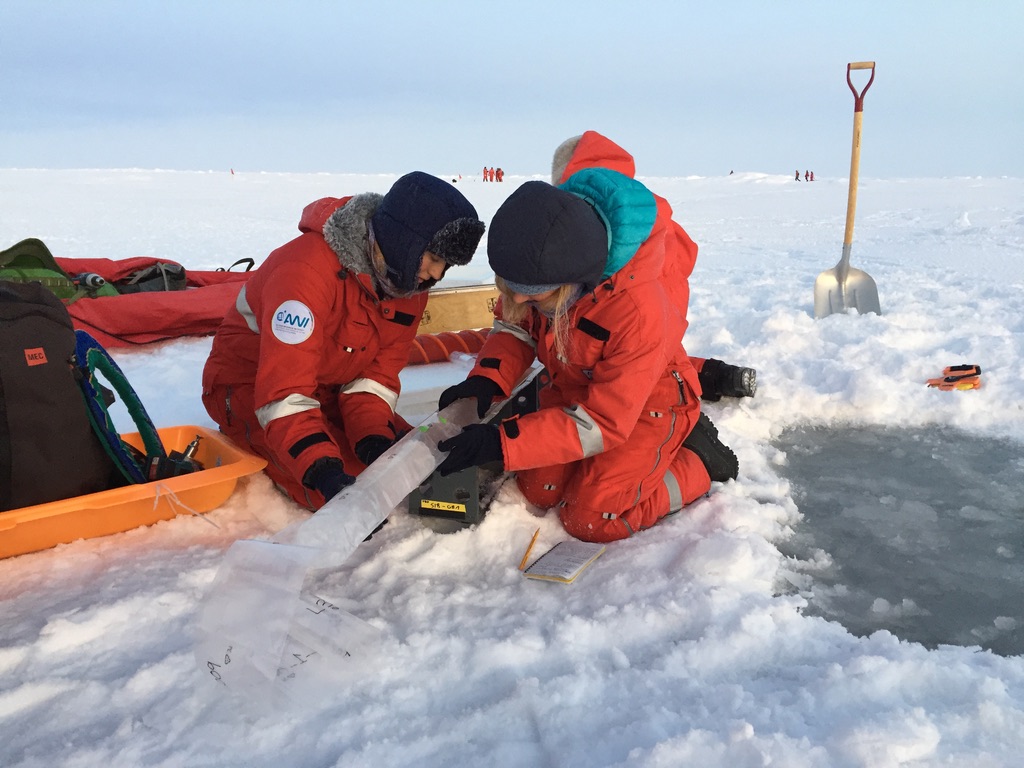 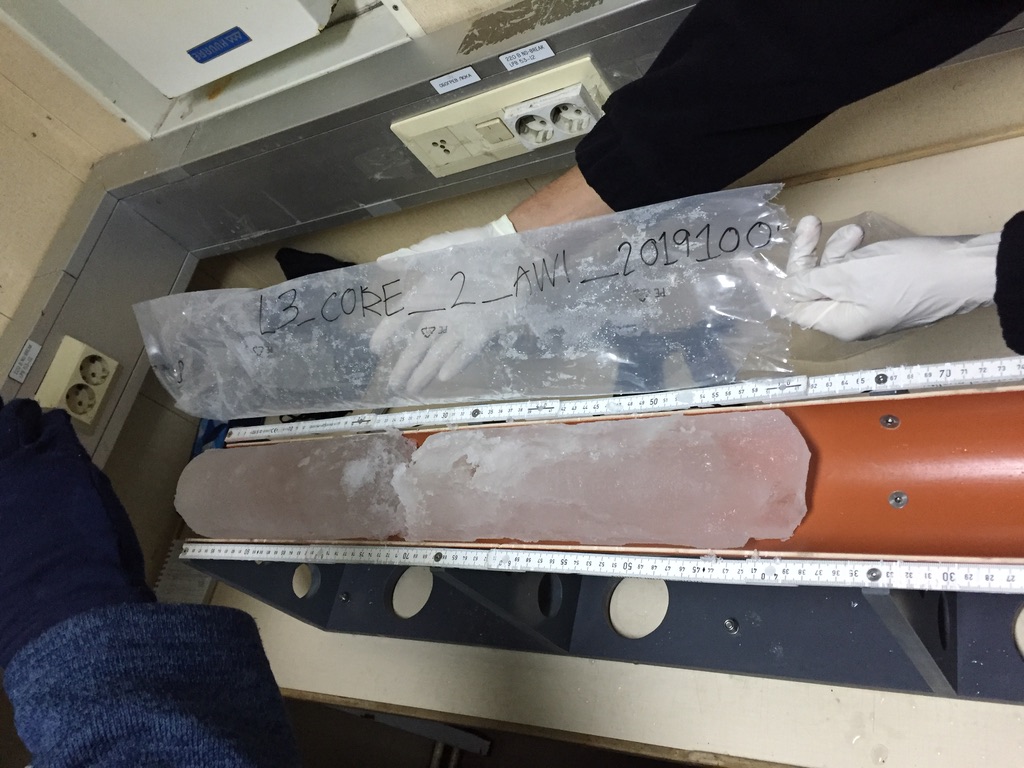