This research initiative had been developed in response to some of the challenges in polar research. As stated during the Indigenous Peoples’ Global Summit on Climate Change in Anchorage (2009) “Indigenous Peoples have an important role to play in addressing climate change through their knowledge, experience and rights over land and development…however, this contribution has been largely ignored”. This is often a result of the communication gap between researchers and Indigenous peoples. Better incorporation of this knowledge into Arctic research as well as better communication between Northern residents and researchers is crucial. Thus, a demand for more training of Arctic researchers in how to approach Indigenous peoples, how to work with local experts and how to successfully and respectfully incorporate Traditional Knowledge in research projects is urgently needed.

The APECS Nordic Project was working towards enhancing engagement between Early Career Researchers and Indigenous peoples in several ways and you can read more about the various activities conducted on our archived project page.

The final report of the project has been produced in both English and Russian and can be accessed via the links below.

APECS also wants to thank the APECS International Directorate sponsors - Research Council of Norway, UiT The Arctic University of Norway and the Norwegian Polar Institute - for their continued support through which projects like this are made possible. For the APECS Nordic Workshop, additional funding for travel support was provided by the US National Science Foundation, the International Arctic Science Committee and the Swedish Polar Research Secretariat. 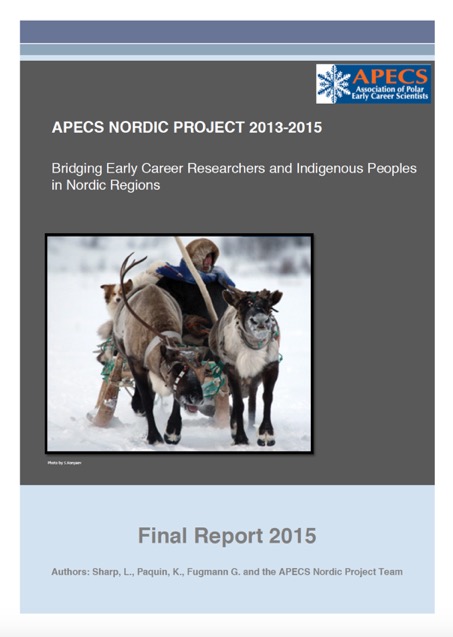