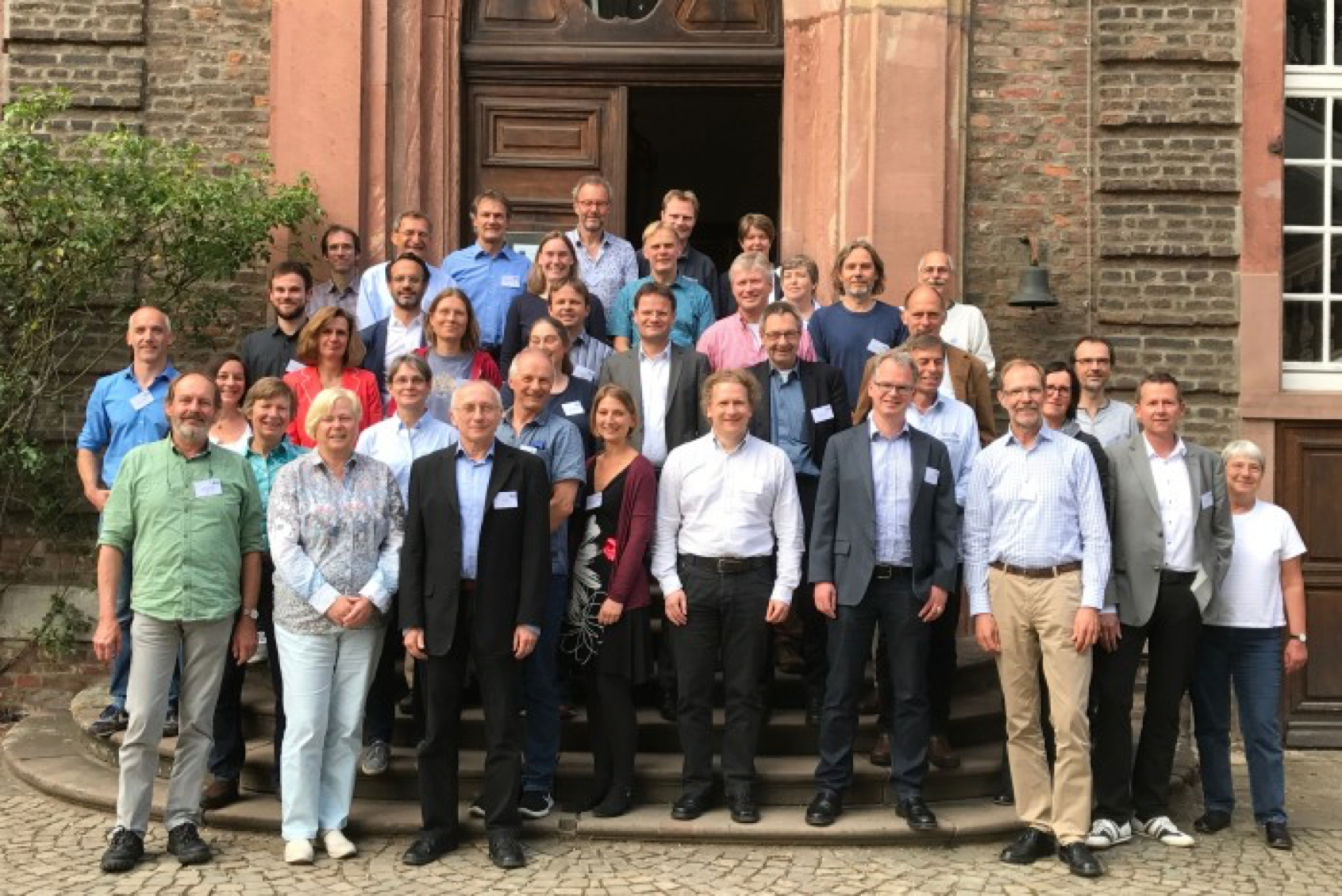 For the third time in a row, APECS received an invitation to select a representative among its members to be a guest at the annual meeting of the German National Committee SCAR/IASC (NK SCAR/IASC).

The NK SCAR/IASC serves as the national body for the Scientific Committee on Antarctic Research (SCAR) and the International Arctic Science Committee (IASC), and it further plans and coordinates the activities of German university research in the field of polar sciences. The 26th iteration of the NK SCAR/IASC meeting was held at Schloss Wahn, located in the outskirts of the beautiful city of Cologne. The 2-day meeting (June 8-9, 2017) was very well organized, thanks to Martin Melles and Eliza Stehr from the University of Cologne.

For this year’s meeting, however, the circumstances were a bit different from the previous two years, as July 2016 (just after last year’s meeting of the NK SCAR/IASC, attended by Heike Link as the former APECS representative) marked the official start of APECS Germany, the new German National Committee within the international APECS network. Hence, the current and still quite recently elected chair of APECS Germany, Andreas Preußer, took the opportunity to announce the formation of our National Committee on behalf of the current APECS Germany Board and the 176 German APECS members in total, as well as to give a short presentation on the first successful activities for young polar researchers in Germany that took place and/or were initiated in 2016/2017. Please check our website and facebook-page for more information on these events. Furthermore, a brief overview on international APECS activities over the last 12 months was given, with the most interesting news in this regard being the new location of the main seat of the APECS Directorate Office which moved from TromsØ (Norway) to Potsdam (Germany) in February 2017 and being hosted by the Alfred Wegener Institute (AWI) for the next 5 years.

Besides the 14 official members of the NK SCAR/IASC, currently being chaired by Günther Heinemann, 21 guests from various research institutions, funding agencies and federal ministries were attending the meeting - all occupying leading roles in the German polar research community. The list of affiliations included the Alfred Wegener Institute (AWI), the Federal Institute for Geosciences and Natural Resources (BGR), the Federal Environment Agency (UBA), the German Aerospace Centre (DLR), the GEOMAR Helmholtz Centre for Marine Research, the German Research Foundation (DFG) and its Priority Program for Antarctic Research (SPP-1158), the German Association for Polar Research (DGP) and of course APECS. Major topics concerning German polar research focused on the “International Framework”, “Infrastructure and Expeditions” (this year with a special focus on MOSAiC – the Multidisciplinary drifting Observatory for the Study of Arctic Climate), “National research planning and strategies” as well as more general SCAR and IASC matters from the respective SCAR and IASC international working groups.

As almost every participant was invited to give a short report or statement on their respective contribution to these topics, the 2-day meeting was densely packed with interesting information. However, likewise to most scientific conferences there were several coffee-breaks available to serve as an extended stage to initiate discussions in a more relaxed atmosphere.

In this context, it became clear that many attendees were quite happy to hear that APECS Germany had been officially founded and signalized willingness to support and collaborate in the future. As a first outcome, the coordination workshop of the Priority Program for Antarctic Research in September 2017 (APECS Polar week!) will likely set the framework for a 2nd APECS Germany workshop.

Overall, we are happy to see that the NK SCAR/IASC recognizes APECS (Germany) and the role of early career scientists (ECS) in general as an integral part of polar research in Germany. The invitation of an early career scientist to participate in their annual meetings can give valuable insights into national science activities and the translation of international science agreements and guidelines to a national level. Not less important – the NK SCAR/IASC is an ideal occasion to extend an ECS’s professional network by facilitating communication with experienced senior researchers, federal institutions and/or funding agencies.

If you are interested in learning more about APECS Germany and/or you want to actively participate in planning and organizing activities in Germany – get in touch with us! germany-board[at]apecs.is