Day one (Sunday, 17 June) of the APECS World Summit 2018 brought together official representatives from the APECS National Committees and APECS’ leadership to discuss APECS projects and the current and future state of collaborative research between polar regions. Day two (Monday, 18 June) was an open workshop for all interested early career researchers attending POLAR2018, focusing on interdisciplinary research, collaboration and exchange. Check out our preliminary schedule for both days below.

You can learn more about APECS’ 1st World Summit in 2015, themed "The Future of Polar Research," on our website. At this event in Sofia, Bulgaria, we were thrilled to host 66 early career scientists and APECS members representing 25 countries and 20 National Committees. We expect our 2nd World Summit to be even bigger and better!

The 2018 APECS World Summit was held in Davos, Switzerland, from June 17-18, as part of POLAR2018. In total 41 representatives from 22 countries participated in the first day, with sessions dedicated to facilitating local and national networks of ECRs and how to better serve APECS members. The second day, 110 participants from 24 countries joined for a workshop on interdisciplinary and inter-polar research. While the two days had different foci and different participants, common themes emerged through the whole event. These included: Recruitment and Retention of members; Career Development; Education and Outreach; and the importance of Interdisciplinary and Interpolar Research.

Twenty one APECS National Committees were represented on Day 1 (June 17) of the APECS World Summit. The local APECS Switzerland representative Carla Perzmon welcomed APECS members to Davos. Several National Committees were invited make short presentations to initiate discussions about running large funded events; engaging with mentors; collaborating with national organisations; engaging members; and effective education and outreach. It was noted that many of the challenges outlined were also faced by other National Committees, and participants were reminded they can contact each other as valuable resources when solving problems locally.

There were two major outcomes from Day 1 of the APECS World Summit. First, it was noted that for some members it is useful to have a document certifying their involvement with APECS. In order to address this point, and to provide an incentive for recruitment and retentions of APECS members, the establishment of a voluntary APECS Development Program was proposed. An APECS Project Group will develop this proposal further, providing suggested requirements and a rationale for these.

Partnerships with other organisations were also discussed. Participants decided to establish an APECS Project Group to create a resource that outlines best practice for working with partners. This project group will contact partner organisations to seek examples of what has worked well, and develop best practice guidelines to be posted on the APECS website and used by APECS International, APECS National Committees, and organisations looking to collaborate with APECS on opportunities for ECRs.

The second day of the APECS World Summit (June 18) was open to all early career researchers attending POLAR2018, and had a focus on interdisciplinary research, collaboration and exchange. The day consisted of four plenary presentations, followed by two break out group sessions. The first break out session related to the development of soft skills, including data management and education and outreach, while the second break out session was focussed on research challenges and creating connections between participants and disciplines. The day concluded with a panel discussion on interdisciplinary, inter-polar research, and participants were encouraged to continue dialogue throughout the POLAR2018 conference. Many new connections were formed, and we look forward to seeing new friendships and professional collaborations develop in the coming years. 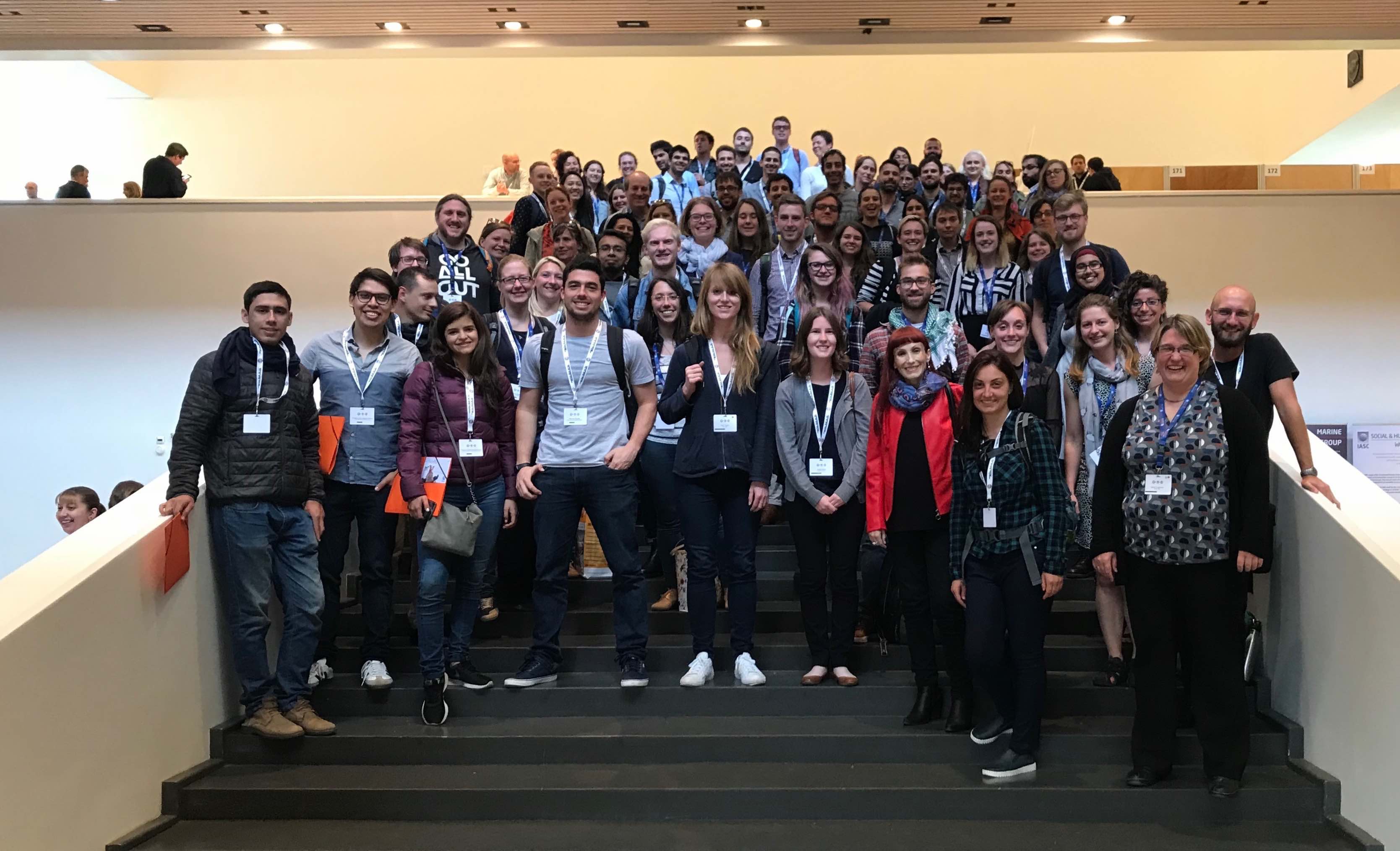 A more detailed project report with the outcomes of the meeting as well as more photos from the two days will be published on the World Summit website in the coming weeks.

Below you can find out more information about the speakers from our APECS World Summit 2018! They are listed in alphabetical order by last name.